Jan. 27, 2004 — In a prehistoric battle for survival, Neanderthals had to compete against modern humans and were wiped off the face of the Earth, according to a new study on life in Europe from 60,000 to 25,000 years ago.

The findings, compiled by 30 scientists, were based on extensive data from sediment cores, archaeological artifacts such as fossils and tools, radiometric dating, and climate models. The collected information was part of a project known as Stage 3, which refers to the time period analyzed.

The number three also seems significant in terms of why the Neanderthals became extinct. One of the scientists involved in the research told Discovery News that a combination of three factors did the Neanderthals in.

"My general take on Neanderthal extinction was that they were in competition with anatomically modern humans at a time when there was increasing severe cold stress that was not only affecting them, but also the food resources they relied on," said Leslie Aiello, head of the University College London Graduate School, and an expert on Neanderthal response to weather.

Neanderthals appear to have tolerated temperatures as cold as zero degrees Fahrenheit, but during the last ice age, winter temperatures dipped to well below freezing. In order to cope, Neanderthals would have needed a lot more food than they were used to obtaining in winter.

"The costs of maintaining internal heat production at the required levels would have only been possible if Neanderthals were able to sustain a correspondingly high level of dietary energy intake," explained Aiello, adding that anatomically modern humans were better at dealing with the cold.

Early Homo sapiens, such as a group called the Gravettians that arose in Europe before the Neanderthals became extinct around 30,000 years ago, were loaded with the latest in prehistoric high tech.

They wore warm clothing made of fur and woven materials, lived in enclosed dwellings, and used effective weapons to ensnare animals and fish.

Paul Pettitt, a Neanderthal expert at the University of Sheffield who agrees with the new study findings, said, "(Gravettian) toolkits reveal a very sophisticated range of weaponry."

He said Neanderthals used spears that required close range contact with their prey, such as hyenas. Neanderthals probably thrust spears, like bayonets, into animals. Gravettians were better equipped.

With such technologies, our ancestors won the prehistoric battle for survival.

While some researchers theorize that Neanderthals also are related to humans, yet another study, published in the current Proceedings of the National Academy of Sciences, claims that the skulls of Neanderthals and humans differ too much for Neanderthals to be our relatives.

Lead author Katerina Harvati of New York University said in a press release that we now have "the most concrete evidence to date that Neanderthals are indeed a separate species within the genus Homo."

Fantasy writers got nothing on anthropologists.

He said that Bush has nominated some for superior court judges.

9 posted on 01/27/2004 1:44:51 PM PST by CROSSHIGHWAYMAN (I don't believe anything a Democrat says. Bill Clinton set the standard!)
[ Post Reply | Private Reply | To 1 | View Replies]
To: Insulsus
>>Are they truly basing this on "iffy" climate data and "a few bone chips?" I thought scientists were supposed to adhere to a higher standard of experimentation.<<

Yes, the "glue" that holds it all together is plaster of paris.
10 posted on 01/27/2004 1:48:54 PM PST by RobRoy
[ Post Reply | Private Reply | To 6 | View Replies]
To: LibWhacker
How do they explain the Neandertals in warmer climates? How did these people thrive for over a hundred thousand years and succumb to this one Ice Age?

I'd bet their heads got too big for their breeches. They had bigger brains than ours and might have started evolving bigger ones at a rate that cut into their birth rates. Mothers' bones don't change proportionately and maternal death rates went up.

As for food acquisition, it's kind of silly to think primitive humans depended on spears, just because we dig up more spearheads than traps and nets.

Clubs are even more severely underrated. 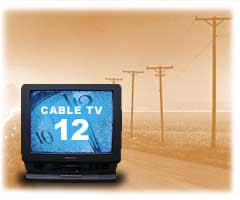