Core from asteroid crater fuels debate on what wiped out the dinosaurs.

The dinosaurs were wiped out 65 million years ago. © alamy.com

A claim that the asteroid that struck Mexico 65 million years ago did not cause the mass extinction that wiped out dinosaurs triggered heated debate at a meeting this week.

The announcement is based on preliminary analysis of the first core drilled into the 185-kilometre Chicxulub asteroid crater near the Yucatan Peninsula. Gerta Keller of Princeton University in New Jersey says that she has found microfossils there hinting that abundant plankton survived for at least 300,000 years after the impact.

Many believe that the impact shrouded the Earth in dust and debris, shutting down plant photosynthesis and leading to the rapid demise of most creatures, from marine microorganisms to dinosaurs.

But Keller reckons that the signs of life in the crater core are "the smoking gun" that the asteroid didn't cause the widespread die-out, properly called the Cretaceous-Tertiary (K-T) boundary. What's more, a lack of evidence of compaction in the core hints that the impact crater was much smaller than was thought, says Keller's colleague Wolfgang Stinnesbeck at the University of Karlsruhe, Germany.

So the group subscribes instead to the idea that a series of asteroid impacts brought about the K-T boundary.

Jan Smit, a geologist at Vrije University in Amsterdam who is also studying the crater's sediments, disagrees. He counters that what Keller's team labels 'fossils' are simply spheres of crystal. Plus he cites seismology studies that support a major asteroid having created the Chicxulub crater.

These divergent views were aired at a joint conference of the European Geophysical Society, the American Geophysical Union and the European Union of Geosciences in Nice, France. Listeners were shocked and stunned that two groups could disagree so much.

But the story of the K-T boundary has been long been controversial. It was first suggested about 25 years ago that a life-obliterating asteroid plunged into the Earth to trigger the extinction.

Now dozens of scientists around the world are analysing the results of the first drill of the crater, completed in February 2002, to glean new data on the events of 65 million years ago. Other drills are planned, including one closer to the centre of the impact point, to provide further fuel for debate.

Rex Dalton is the West Coast Correspondent of the journal Nature 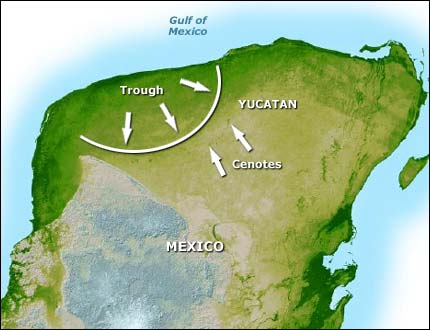 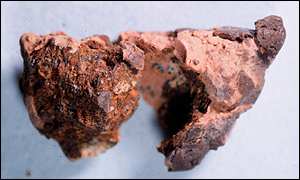