"Drag queens make everything better. Drag queens are fun," Michigan Attorney General Dana Nessel gushed. "A drag queen for every school! That is what would be fine for a kid."

"Drag storytellers, and the libraries and schools that support them, are advancing a love of diversity, personal expression, and literacy that is core to what our city embraces," New York City Mayor Eric Adams tweeted after a newspaper report that the city had spent over $200,000 on transgender strip shows and other drag acts in public venues, including schools and libraries.

At 53 and 61, Dana Nessel and Eric Adams have been touted as the future of the Democrats, but they're already deeply out of step with Democrats under 50.

The survey found that 47% of Democrat men under 50 believe that "gender ideology has corrupted American culture" and only 41% disagree. That a majority of Democrat male Gen Xrs, millennials, and zoomers are out of step with the radical gender ideology that their party has embraced as its standard ought to be a warning for a party dominated by an aging leadership.

However only 20% of Democrat men over the age of 50 see gender ideology as a threat.

Kamala Harris, 57, recently announced that the White House would be launching a task force to stop "gendered disinformation" while falsely claiming that disagreeing with leftist radical gender ideology is a threat to "democracy". This latest effort to criminalize political dissent is dangerous and risks driving an even deeper wedge between Democrats and the future of their party.

While dissent on gender ideology is sharpest among young men, 37% of younger Democrat women also believe that "gender ideology has corrupted American culture" while 44% disagree. This is a surprisingly narrow gap especially when contrasted with the 26/60 and 20/69 agree/disagree splits among Democrat baby boomer women and men.

42% of Democrat younger men say that the transgender movement is a threat to children and 40% believe that it is actively "trying to indoctrinate children."

Even 34% of younger Democrat women agree that the indoctrination of children is happening.

Hidden within the larger Democrat poll numbers is a massive generational and gender split in the ‘Sex Wars’.

The gap between boomer liberal men and younger generations is starkest when it comes to feminism and gender roles.

While only 2% of boomer liberal men agreed that "feminism has done more harm than good", 46% of young male Democrats, a majority, believe that is the case. The change from a 4/94 to a 46/41 split is a massive generational shift on feminism by young Democrat men.

The split is much less pronounced among liberal women, but the number who believe that feminism has done more harm than good has still more than doubled from 10% to 23% or nearly a quarter of what is supposed to be the most liberal demographic of the Democrat party.

While the narrative has been that culturally each generation is becoming more liberal, and that is true on some issues, such as drugs and gay marriage, but the SPLC survey would indicate that younger people are actually becoming more conservative on gender politics.

The number of Democrat men who believe that males are undervalued in today's society has exploded from 28% among boomers to 60% among younger generations.

Meanwhile at a 46/41 view of feminism as destructive, male Democrats under 50 are now more anti-feminist than Republican men over 50.

While an aging Democrat establishment has embraced radical gender ideology, drag shows for kids, transgender indoctrination in schools, and the #MeToo movement, their own younger male base is turning on it and even opposition among younger women is making massive inroads.

That’s why the Biden administration was flirting with using the National Guard to stop parents from protesting the sexualization of children at school board meetings, and is now rolling out yet another disinformation task force to criminalize and suppress opposition to its gender ideology.

The Left isn’t just losing the country, it’s starting to lose its own party.

Even as the Democrat establishment doubles down on gender identity culture wars, there are major gaps emerging between members of their own party who have skin in the game and those who don’t. The generational gap is between an older generation of Democrats who dominate the political establishment, but whose cohort is no longer grappling with the problems of parenthood, and the challenges of employment and education in the #MeToo era.

Polls that group together older and younger Democrats have covered up a generational fracture that is significant because of what it reveals about the party. Younger male and even female Democrats haven’t moved to the right on gender identity politics because of FOX News, Facebook, or the other “disinformation” threats that the Biden administration wants to fight.

If that were the case, it would affect older Democrats more than younger Democrats.

This is a life experience cultural shift. Parents are seeing gender identity politics in their children’s classrooms. Men are being sidelined educationally and professionally.

And it’s happening on a seismic enough scale that it’s showing up in national surveys.

Democrats made a hard bet on leftism because of generational and racial demographics, but the Latino swing rightward has interrupted that narrative, as have conservative trends among millennials. These latest numbers reveal mixed feelings among many younger Democrats about their party’s gender identity politics and show why parental rights politics aren’t going away.

The Democrats are losing generations of their own young men. And they don’t even know it.

Virtually all Democrat social policies are contrary to both Darwinian and Divine law.

“The Left isn’t just losing the country, it’s starting to lose its own party.”

Hence the influx of ILLEGALS needed to vote for them. Hence the massive CHEATING scams at the State level.

They are ruthless, I’ll give them credit for that. Party over Country at all costs.. I wish our side was just a TENTH as ruthless!

—However only 20% of Democrat men over the age of 50 see gender ideology as a threat.

Does that mean that 27% don’t consider a corrupted American culture to be a threat? In a way, that makes sense.

The only problem is the illegals will be even more traditional in terms of opposing transsupremacy.

The War on Boys.

‘Threat to democracy” now rivals “racist” as the liberal mantra of choice.

10 posted on 06/23/2022 7:07:11 AM PDT by djpg
[ Post Reply | Private Reply | To 1 | View Replies]
To: SJackson
The Left/Democrat Party/sleasebags are also going to lose the war in which they have championed sexual perversion because the vast majority of people are not sex perverts and don't want their children to be either.

Most people are tolerant, but tolerance is limited and must be. It's part of the Ancient Greek concept of nemesis: anything good taken sufficiently to its extreme becomes bad, i.e. its nemesis.

One big problem with the Left/Democrat Party/sleasebags is the they cultivate stupidity, in themselves and in their followers. They tend to have only contempt for truth and to devote themselves to the shallowest, most banal possible concepts of morality and virtue, often for the most trite ambitions. Never expect anything lofty or profound from these people, and they will never surprise you.

11 posted on 06/23/2022 7:17:12 AM PDT by Savage Beast ("Saints are sinners who never gave up." St. Theresa of Avila)
[ Post Reply | Private Reply | To 1 | View Replies]
To: SJackson
Democrats bought into Womanism and sold it to the next generation of Democrats who are now waking up to how it backfired on them.

Leftist women are aware of how many attractive manly men want nothing to do with them and leftist men are rejected constantly on dating apps from even homely women they thought they had a chance with.

There are different issues with all this “L.G.B.T.” business.

People may largely accept “homosexual marriage”, but not be on board with all this business of puberty blockers and surgeries on minor “transgender” children, as an example.

So people might be tolerant about homosexuality among consenting adults, but it’s going way too far, to push all this L.G.B.T. business in schools.

As always, please FReepmail me if you want on or off the esteemed Daniel Greenfield ping list. 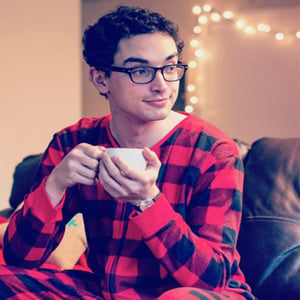 That even turns lezbos against it.

I doubt that. Illegals may come from cultures where things like gays and drag queens are taboo, but they will definitely vote for whoever promises the most money and free benefits to them and their families. They are not idealists, they’re leaches. Always follow the money.

No...it’s BS. Even soy boys don’t admit to being panzies!

19 posted on 06/23/2022 7:36:21 AM PDT by gr8eman (Qui non laborat, non manducet)
[ Post Reply | Private Reply | To 6 | View Replies]
To: Dilbert San Diego
Yes. That is true. It really was a sleight of hand move. Once people agree with homosexual marriage, the Left quickly tacked on the other categories. But with the Left it really is all or nothing. You are not allowed to separate or disagree with any of the letters of the alphabet. You will be canceled. It is a massive form of manipulation that only the strongest democrats will buck. It is interesting that these Democrat men will acknowledge their beliefs in a survey. Otherwise they are silent. I see little push-back on the coercive group-think. Will it all be reflected at the polls? Hopefully, but I'm not holding my breath.
20 posted on 06/23/2022 7:37:19 AM PDT by Nevadan
[ Post Reply | Private Reply | To 13 | View Replies]
Navigation: use the links below to view more comments.
first 1-20, 21-40, 41-55 next last