Legend of King Arthur revealed: Experts decode seven pages of a 700-year-old manuscript - one of the earliest of its kind - telling the story of Camelot, including a romance between Merlin the Magician and the enchantress Viviane
The Daily Mail UK ^ | 02 September 2021 | IAN RANDALL FOR MAILONLINE

Fragments of a hand-written medieval manuscript telling the story of Merlin the Magician from the legend of Camelot have been translated into English.

The text tells of battles between King Arthur and King Claudas, as well as the romance between Merlin and Viviane — sometimes known as 'the Lady of Lake'.

The seven pieces of parchment date back some 770 years, and were discovered in 2019 among the University of Bristol’s Special Collections Library by researchers trawling though the ancient tomes....

...'The Suite Vulgate du Merlin was written in about 1220–1225, so this puts the Bristol manuscript within a generation of the narrative’s original authorship.

'We were also able to place the manuscript in England as early as 1300–1350 thanks to an annotation in a margin — again, we were able to date the handwriting, and identify it as an English hand....

The closest person that matches King Arthur is thought to be Arthrwys, a Welshmen who ruled sometime after the Romans left.

2 posted on 09/02/2021 11:12:55 PM PDT by Jonty30 (My superpower is setting people up for failure, without meaning to. )
[ Post Reply | Private Reply | To 1 | View Replies]
To: blueplum
Excalibur is the greatest film about the Arthurian legend. Beautiful, literate, intelligent themes of heroism, nationalism, and the transition of Celtic Britain from paganism to Christianity.

By contrast, the TV series of about a decade ago, Camelot, was dreadful. Heavily feminist, with a kick-ass Guinevere wielding a sword. Themes of universalism and Britain as "a proposition nation." Some of the knights were African. (The rationale was that they settled there long ago with the Romans.) Arthur was wimpy. Merlin looked like an angst-ridden, druggie. And a sinister, degenerate nun as Morgana's sidekick.

There was a tv series called merlin that made Guinevere black.

King Arthur: Man, sorry. What knight lives in that castle over there?

Dennis: Well you could say “Dennis”.

King Arthur: I didn’t know you were called Dennis.

Dennis: Well you didn’t bother to find out, did you?

King Arthur: I did say sorry about the “old woman”, but from behind you looked…

Dennis: What I object to is you automatically treat me like an inferior.

King Arthur: Well, I am king.

Dennis: Oh, king eh? Very nice. And how’d you get that, eh? By exploiting the workers. By hanging on to outdated imperialist dogma which perpetuates the economic and social differences in our society. If there’s ever gonna be any progress…

Peasant Woman: Dennis! There’s some lovely filth down here… Oh! How do you do?

[Dennis joins the Peasant Woman in the nearby filth patch]

King Arthur: How do you do, good lady? I am Arthur, king of the Britons. Whose castle is that?

Peasant Woman: King of the who?

King Arthur: Well, we all are. We’re all Britons, and I am your king.

Peasant Woman: Didn’t know we had a king. I thought we were an autonomous collective.

Dennis: You’re fooling yourself. We’re living in a dictatorship! A self-perpetuating autocracy, in which the working classes…

Peasant Woman: Oh, there you go, bringing class into it again.

Dennis: Well, that’s what it’s all about! If only people would–

King Arthur: Please, please, good people, I am in haste. Who lives in that castle?

Peasant Woman: No one lives there.

King Arthur: Then who is your lord?

Peasant Woman: We don’t have a lord.

Dennis: I told you, we’re an anarcho-syndicalist commune. We take it in turns to act as sort of executive officer for the week…

Dennis: …but all the decisions of that officer have to be ratified at a special bi-weekly meeting…

Dennis: …by a simple majority in the case of purely internal affairs…

Dennis: …but by a two thirds majority in the case of more…

King Arthur: Be quiet! I order you to be quiet!

Peasant Woman: “Order”, eh? Who does he think he is?

King Arthur: I am your king.

Peasant Woman: Well, I didn’t vote for you.

King Arthur: The Lady of the Lake, her arm clad in the purest shimmering samite, held aloft Excalibur from the bosom of the water, signifying by divine providence that I, Arthur, was to carry Excalibur. That is why I am your king.

Dennis: Listen. Strange women lying in ponds distributing swords is no basis for a system of government. Supreme executive power derives from a mandate from the masses, not from some farcical aquatic ceremony.

Dennis: You can’t expect to wield supreme executive power just ’cause some watery tart threw a sword at you!

Dennis: I mean, if I went around saying I was an emperor just because some moistened bint had lobbed a scimitar at me, they’d put me away!

Arthur: [grabs Dennis] Shut up! Will you shut up?!

Dennis: Ah, now we see the violence inherent in the system!

Dennis: Oh! Come and see the violence inherent in the system! Help, help, I’m being repressed!

There was a recent British mini-series that featured a black Anne Boleyn. I tried watching the first episode, and deleted it.

And its in keeping with the Welsh theory. In it, the Britons fought the encroaching/invading Saxons and were eventually pushed back into Wales.

Where I believe they are still today. The last of the Britons. 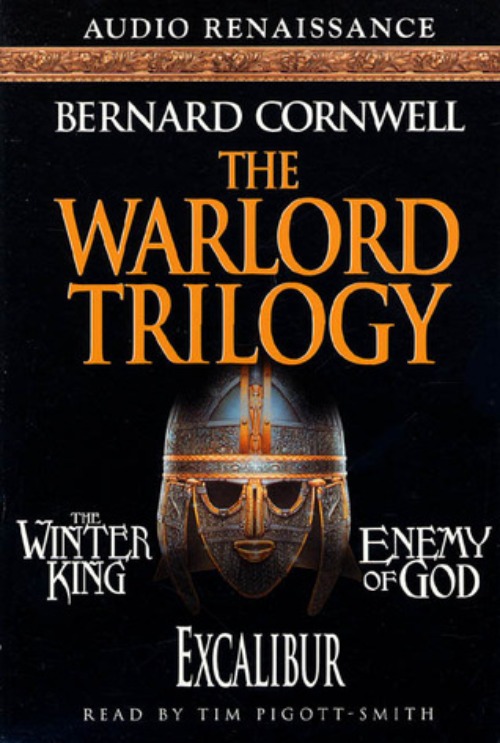 Still funny after all these years... Thanks!

Jack Whyte wrote a series of Arthurian fiction. About the fall of the Romans in Briton and the making of a new order/civilization... leading to Arthur.

Very possibly the greatest Python sequence of all, and that’s going some...

The Arthurian story appears also in Italian story “Orlando Furioso” and the epic French poem, “Song of Roland”.
Merlin has a part in these stories and is the lover of Morgana, the Lady of the Lake. Merlin has Morgana make 2 identical Excalibur swords, because he knows that one will be broken by Arthur.
In both stories the beautiful Lady Angelica is a Chinese princess and the other beautiful Lady is Bramimonde, a Saracen.