Canadian researchers find a simple cure for cancer, but major pharmaceutical companies are not interested.

Researchers at the University of Alberta, in Edmonton, Canada have recently cured cancer, yet there is but little ripple in the news or on TV. It is a simple technique using a very basic drug. The method employs dichloroacetate, which is currently used to treat metabolic disorders, so there is no concern of side effects or other long term effects.

The drug doesn’t require a patent, so anyone can employ it widely and cheaply compared to the costly cancer drugs produced by major pharmaceutical companies.

Canadian scientists tested dichloroacetate (DCA) on human cells; it killed lung, breast and brain cancer cells and left the healthy cells alone. It was tested on rats inflicted with severe tumors; their cells shrank when they were fed with water supplemented with DCA. The drug is widely available and the technique is easy to use, but why are the major drug companies not involved, or the media not interested in this find?

In human cells there is a natural cancer fighting organelle, the mitochondria, but it needs to be triggered in order to be effective. Scientists used to think that the mitochondria of cancerous cells were damaged and thus ineffective. They used to focus on glycolysis, which is less effective in fighting cancer and wasteful. The drug manufacturers focused on the glycolysis method to fight cancer. DCA treatment on the other hand doesn’t rely on glycolysis but instead on reactivating the mitochondria; which allows the cell to die and preventing the cancer from spreading.

This reactivation is a process called apoptosis. You see, mitochondria contain an all-too-important self-destruct button that cannot be pressed in cancer cells. Without it, tumors grow larger as cells refuse to be extinguished. Fully functioning mitochondria, thanks to DCA, can once again allow them to die.

With glycolysis turned off, the body produces less lactic acid, so the bad tissue around cancer cells doesn’t break down and seed new tumors.

Pharmaceutical companies are not investing in this research because DCA method cannot be patented, and without a patent they cannot make money. They’re currently making fortunes with their AIDS patent. Since the pharmaceutical companies won’t develop DCA drugs, independent laboratories should start researching DCA more to confirm all of the above findings and begin producing drugs. All of the groundwork can be done in collaboration with the universities, who will be glad to assist in such research and can develop an effective drug for curing cancer.

This article hopes to raise more awareness of dichloroacetate, and to hopefully inspire some independent companies and small startups to pick up on this idea and begin producing life-saving drugs… because the big companies won’t be touching it for a long time. 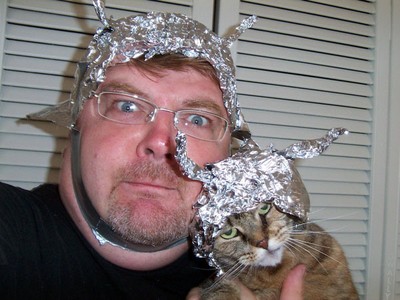 Does it help with feline leukemia?

If I had cancer right now, I’d try it before the treatments I’ve seen

4 posted on 03/20/2012 6:32:07 PM PDT by Figment
[ Post Reply | Private Reply | To 1 | View Replies]
To: CactusCarlos
Pharmaceutical companies are not investing in this research because DCA method cannot be patented, and without a patent they cannot make money.

Lumber can't be patented, but people still make money providing it to those who want it.

I’ve always kept a tin foil hat in my back pocket for the theory that they’ve long discovered how to wipe cancer out but for the money wrt fundraising and grants for research etc. For me, I’d love to believe that this is available now given every time I turn around someone I know is diagnosed with some form of the big “C”.

I lost my father to it back in 2007 and there’s nothing I’d love more than for my kids to know their grandpa that much better. He was truly a great man.

I work for a huge bioPharma and this doesn't surprise me AT ALL, even if that sounds like that slob Michael Moore.

More and more for health stuff I'm listening to hippies, and they're not ALL crazy.

This is so weird.

The above is pretty ridiculous, who ever wrote this really needs to take a high school biology course

Now you've done it. Any day now some tree is going to come along and file a lawsuit.

There is an Italian doctor who found a cure for cancer. No money in it. Baking soda, all cancers are fungi. Curable with baking soda.

This reactivation [of the cell cycle] is a process called apoptosis.

Doesn't mean the point of the article is wrong, but these two points (and some others) is wrong.

“In 2010, it was found that for human colorectal tumours grown in mice, under hypoxic conditions, DCA decreased rather than increased apoptosis, resulting in enhanced growth of the tumours.

“These findings suggest that at least in some cancer types DCA treatment could be detrimental to patient health, highlighting the need for further testing before it can be considered a safe and effective cancer treatment.”

“At sustained, higher doses(generally 25 mg/kg/day taken orally, or greater), there is increased risk of several reversible toxicities, especially peripheral neuropathy, neurotoxicity, and gait disturbance. Studies have also shown that it can be carcinogenic at high doses.”

Yeah. Why are you posting something that was posted here last May?

First of all, the information about DCA as a possible treatment for cancer has been known for a number of years.

Secondly, you don’t need to have big pharma invest in a treatment in order for it to be viable. Go to this site and find out how patients are taking control of their own treatments using DCA.

In this age of government death panels and conflicting claims you must become an educated patient.

I recently lost a dear relative to cancer. Medicare refused to pay for some of the life extending drugs that she needed. Luckily, she had a rich boyfriend who would do anything for her.

Medicare would not even pay for her chemo because, at 75, they assessed that her survival did not warrant the expense.

Had it been me, I would have purchased the chemo drug as a lab grade organic chemical and dosed myself.

Obama’s Healthcare Deform is how he intends to kill off us Kulaks. No NKVD necessary; they just squeeze off the funds for areas of the country and demographics that don’t vote his way.

Of course the pharm companies are not interested, there is no money in it. But if the oncologists know about it, it will be used.

BS Cancer is not a fungi. It is your own body’s cells growing out of control.

BS Cancer is not a fungi. It is your own body’s cells mutated and growing out of control.