It's not just historians but our taxpayer-funded storytellers, like the insufferable PBS documentarian Ken Burns. On the day before President-elect Joe Biden's inauguration, NPR's "Morning Edition" presented him as an American treasure with no partisan bias. So, skip over the propaganda film on Ted Kennedy he made for the 2008 Democratic National Convention, which portrayed Kennedy, according to Politico, as "the modern Ulysses bringing his party home to port."

It's pretty audacious to use such a metaphor for Teddy.

Don't notice that in 2020, Burns donated $2,800 to Rep. Alexandria Ocasio-Cortez and to Sara Gideon, who sought to unseat Sen. Susan Collins. Or his routine $5,000 donations to the Democratic Party of New Hampshire, the state in which he resides.

On "Morning Edition," Burns lauded the optimism of Franklin D. Roosevelt and then took FDR's inspirational mantle and spread it on Joe Biden, saying: "Joe Biden's biography ... has been defined by loss and suffering, but (with) the positive power to say: What are you going to do? You can't curl up in a ball. ... So let's put one foot in front of the other and we'll see what we can do. This was part of FDR's essential greatness, and that optimism is at the heart of it. You can hear echoes of it in Joe Biden."

The same morning, The Washington Post put a historian roundup on the front page under the headline "Not only Trump will face the judgment of history: America's commitment to democracy also to be scrutinized, scholars say." Reporter David Nakamura called on the usual liberal and leftist suspects:

1. Douglas Brinkley, a CNN staff historian and the John Kerry campaign's unofficial staff historian in 2004 with his hagiography "Tour of Duty." Brinkley ranks outgoing President Donald Trump near the bottom of presidents who "harmed the country."

2. Matthew Dallek, a "political historian" at George Washington University, who is political enough to suggest that all 74 million Trump voters cast doubt on the health of our democracy. Voting Republican proves our democracy is "incredibly fragile." Democracy equals Democratic victory.

3. Joseph Crespino, a history professor at Emory University who donated $500 to liberal Sen. Sherrod Brown, D-Ohio, in 2018. He worries that documentation of Trump's decision-making process may be difficult because "He's not a reader or a note-taker or a memo writer." Trump doesn't read? That's a little exaggerated, no? But it's standard Washington Post analysis.

4. Nicole Hemmer, a "historian who specializes in conservative media and is working on the Obama Presidency Oral History at Columbia University." Hemmer's a favorite of Brian Stelter on CNN. She says Trump and his movement show "we can understand that throughout American history there has been racism and fascism and anti-democratic forces and say he is drawing from those powerful influences."

6. Leah Wright Rigueur, "associate professor of American history at Brandeis University," says Trump has been a case study of the "naked, unadulterated pursuit of power and self-interest, at the cost of 400,000 lives and at the cost of the American union."

In short, The Post assembles history like the Democratic National Committee would. There is no dissent. There is only one view of history that is "factual," and it lines up neatly, like a Ken Burns propaganda film for PBS.

We are the historians.

So, depending on who you ask, this democrat Reishtag Congress event could go either way. Democrats orchestrated it fully expecting it to benefit them, but if it happens to be verified leftists doing it, it could swing the other way against them.

Some people play stupid games and then they fear winning the stupid prize in the form of Trump, when it could be even worse for them, a real Pinochet instead.

That dog beating neurosis of democrats ... watch it...it takes a life of its own...

As chance would have it, all those “historians” are enrolled in the same online Spoken and Written Chinese class. Or is that just a rumor?

“He worries that documentation of Trump’s decision-making process may be difficult because “He’s not a reader or a note-taker or a memo writer.” Trump doesn’t read? That’s a little exaggerated, no?”

Oh yeah, this guy who wrote oompty nine books. Art of the Deal anyone?

“Oh yeah, this guy who wrote oompty nine books. Art of the Deal anyone?”

Great point! These “historians” are really Trump-haters. They are just like fake news reporters.

I used to believe that being on one side or another of History was not even thinkable but now I know that it is not only possible now but entirely probable.

FBI/CIA are the KGB!!

National Guard are the SS idiots!!

they are “democrat” presidential “historians”....they look at presidents as “heroes”...that people are just too stupid to take care of themselves and only the brilliance of democrat presidents can save you....Doris Kearns Goodwin is a peach...she always said that LBJ wanted to be the best father America ever had...lol. She doesn’t mention that she was LBJ’s mistress....

For the past two and a half months we’ve been deluged by media lies. There was never “voter fraud” in the media, there were only “unfounded allegations of voter fraud”. There was not a demonstration on January 6, there was a “riot by Trump inspired supporters”. There were no BLM or AntiFa members in the capitol, only “Treasonous Right Wing groups”, and so forth.
Nevertheless, there are certain undeniable facts that cannot be disputed. Just as historians now accept that KFK won his presidency only because of voter fraud in Illinois, Biden, too, only won his presidency because of voter fraud in several swing state; Left Wing elements led the forced entry into the capitol; and President Trump spoke no words that would inspire treason. “Dog whistles may work to spread a false narrative, they are only laughed at by history.

It is interesting how the establishment historians deal with JFK’s election theft.

They do not deny it.

They just bury it deep in the lengthy tomes, hoping nobody will notice.

(They also try to hide the connection between the election theft and the assassination...karma and the Mafia don’t like cheaters....)

Joe Biden is the first avowed segregationist in the White House in my lifetime. He should also be remembered as the last U.S. President whose legacy includes eulogizing a Klansman.

I wish one of these deranged imbeciles would explain precisely what “self interest” President Trump pursued. 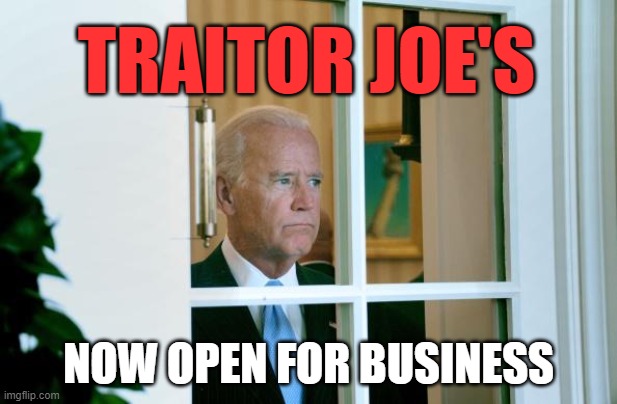 16 posted on 01/20/2021 6:06:45 AM PST by a fool in paradise (Who built the cages, Joe?)
[ Post Reply | Private Reply | To 1 | View Replies]
To: JudgemAll
I was looking forward to books about Trump and the stolen election but there will be no more conservative books, which is too bad as they are guaranteed best sellers. Maybe a token one by Gingrich will get through but Trump will have to self-publish his own bio.

And, by the way, Ken Burns needs to be reminded that FDR could not take one step after another. Maybe one roll after another but not one step. And the American public never knew...

18 posted on 01/20/2021 7:01:33 AM PST by Interesting Times (WinterSoldier.com. SwiftVets.com. ToSetTheRecordStraight.com.)
[ Post Reply | Private Reply | To 1 | View Replies]
To: jazminerose
Imbeciles is the right word for them.

Gawd do I despise them. Arrgh

He’s been open for business for the last 47 years no telling how many state secrets he’s given (sold) away now he’s more dangerous he has access to all of them.