Usually, when you accuse someone of being anti-immigrant, that person points out that he or she is anti-“illegal” immigrant. Rick Santrorum has an issue with workers who are not natives. (h/t Karoli at Crooks and Liars).

Rick Santorum’s grandfather came to America in 1923 as an immigrant but that fact does not deter him from thinking that we have a big problem in this country that’s “almost as bad” as illegal immigration.

Here’s some of what Santorum said:

Let me ask you a question. Since 2000 there have been a little over six million net new jobs created. What percentage of those net new jobs are held by people not born in this country? Half? Sixty? All of them.

Did Santorum's grandfather wave a foreign flag and demand half his homeland be allowed in? Did he protest the 1924 Immigration Act which assimilated people.

Santorum is also onto the BS lie about job growth relative to the unemployed American looking for a job.

We need to bring back American jobs now! the economy is in the septic tank and i don’t care what Obola or his sycophant BLS says!

Double down. Put all immigration on the table, not just illegal.

Good for Santorum. Mexifornia became what it is today through both legal and illegal immigration of too many people from the third world.

Gotta hand this one to Cruz.

NOBODY in either party, is saying a single word, about the selling off of American industry.

Speak up Ted. Speak up loud, frequently, and stick with it. 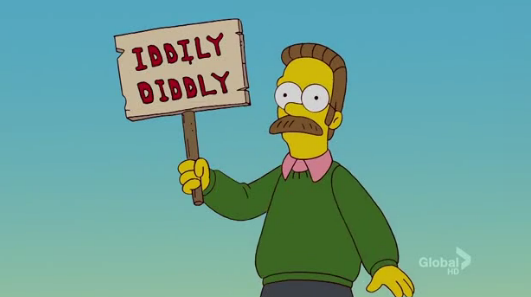 Now this could be useful, good for Santorum.

Notice how the writer uses the word “immigrant” as though it means, ‘the rest of the world’ and that it is a minority group, that it is racist or oppressive to not submit to.

He writes as though the world has a right to move here, and only an American bigot would deny them that global right.

Is he trying to somehow do more damage than Arlen Specter?

you are a dead loser

It’s by Colmes and his talking points. This was all twisted to make him and our side as hating immigrants.

Open immigration worked fine up until the point that the government started handing out checks to people who hadn't earned them.

I would pay good money for a chance to slap that cocked eyebrow off of Colmes’s smarmy face.....

He’s right about this. Thank you Rick.

So now that Obama’s open the border and let all these guys in, it can be said that anyone opposed to efforts are anti “legal” immigration.

The connection between what is now termed ‘legal’ immigrants, and the American workforce, has been in play, as I have witnessed it, ever since 1980. All those corporate-sponsored work visas, of which Louisiana Governor Piyush ‘Bobby’ Jindal is a direct result, have hampered qualified native-born American technical and engineering employment candidates from obtaining good-paying jobs, and or careers, due to those same ‘legal’ immigrants placed at jobs in the continental 48.

I think that Rick Santorum, who performed like a brat in the last circus atmosphered debates, in couched language, is screaming, “America for Americans! We have no more room at the table for late-comers!”

I am a Nativist, (not to be confused with native-American - although I AM a half-breed of such stock), and do so concur with the presented idea by Santorum, but no, I would not vote for him, at present.

I agree with Rick. There are many reasons why he won 11 states with no money in 2012.