WASHINGTON, D.C.—Eyewitnesses reported Senator Elizabeth Warren donned a buffalo hat and led a group of bloodthirsty insurrectionists up the marble steps of the Supreme Court Building Wednesday morning. According to sources, they are outraged that the murder of babies as a constitutional right is under dispute. 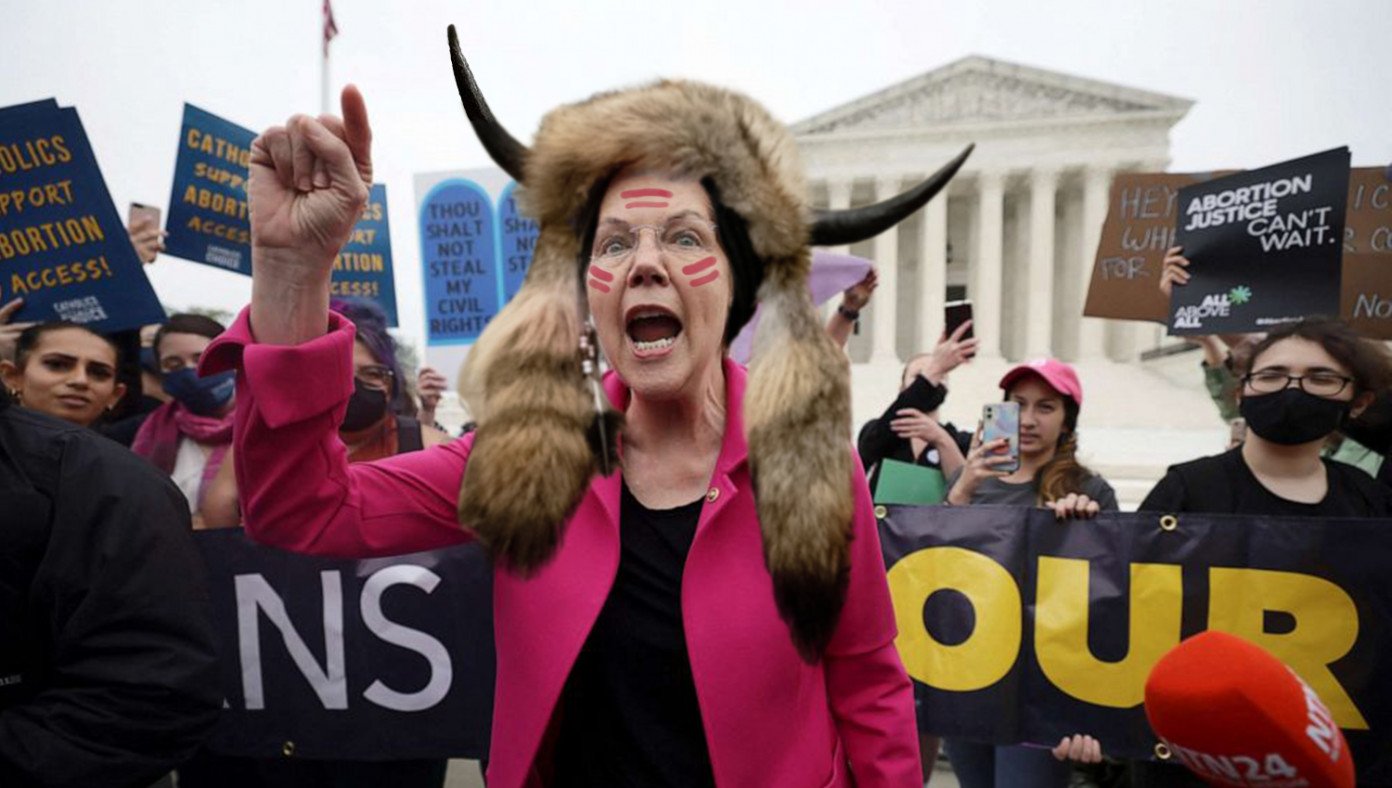 Sen Warren, literally shaking, tumbled up the building steps and wailed righteously at the main door of the marble palace as her minions violently assaulted it with poster board and clothes hangers.

"The court has been compromised!" she yelled. "They are ruling in a way I disagree with!"

"America has fallen! WE DEMAND BLOOD! MORE BLOOD FOR THE BLOOD GOD!"

While rallying her supporters, Elizabeth Warren explained that overturning Roe v Wade wasn't a big deal because Congress had the power to amend the Constitution but that she was still angry anyway because she hadn't eaten in a while "AND COULD SOMEONE PLEASE GRAB ME A SNICKERS?!"

Republican leaders are reportedly concerned about the recent developments, unsure if they should point at Elizabeth Warren and laugh or worry whether continuing to oppose baby murder will make it harder for them to beat Democrats in November.

The insurrectionists were seen walking around the Supreme Court Building with signs and flags, just like the violent insurrectionists of January 6th. They have not yet breached the building, however, as Capitol police have not opened the doors for them.

“They have not yet breached the building, however, as Capitol police have not opened the doors for them.”

Nothing satirical about that.

I thought the bee was supposed to be satire.

Someone played some audio pieces of her insane screed from yesterday. She was really on the warpath. Again. What a waste of resources that is.

Found, under 'definition of a harpy'.

Let’s just be glad she has a shirt on under that pink vest.

She shoulda been wearing an Indian headdress.

Elizabeth Warren (& several others) need to be reminded how God looks at abortion.