Man Disguises Self As Illegal Immigrant So Democrats Won't Care That He's Unvaccinated
The Babylon Bee ^ | July 29, 2021 | The Babylon Bee

SAN DIEGO, CA—According to sources, Democrats in Washington really want people to get vaccinated. When it comes to undocumented immigrants, however, Democrats don't really seem to care as much. This led local man Damien Cooper to pose as an illegal immigrant so politicians won't bother him about getting vaccinated all the time.

The reporters quickly surmised from Cooper's fluent Spanish that he was a Mexican immigrant and it would be racist to question him further.

Cooper's employer has also backed off after initially telling him he would lose his job if he didn't get vaccinated. They have also switched to paying him under that table so he can collect his wages tax-free, without fear of being deported.

Democrats who were polled on the issue of unvaccinated immigrants coming across the border revealed that 46% of them don't actually think COVID is something to worry about. The other 54% of them don't really care about the health of Mexican immigrants.

"Hey—as long as it gets me out of being vaccinated, I'll just keep dressing like this!" said Cooper. "Er, um, I mean... donde esta la biblioteca?" 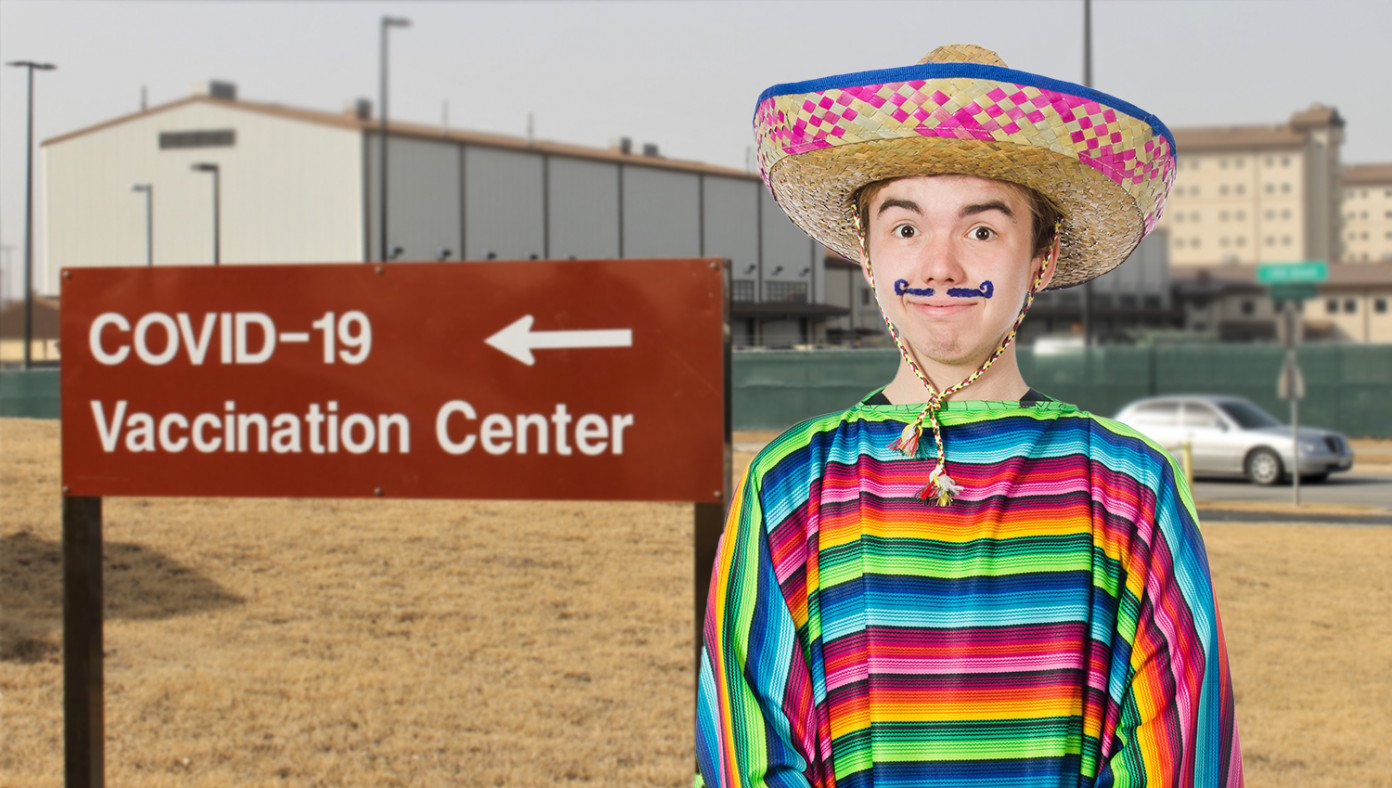 They say what we can't, and so much better.

I’m going to tell any government scumbags that show up at my door, that I’m an illegal alien, and thus exempt from having to get the experimental injection.