In the simplest terms, obesity is the product of a body's energy output being less than its energy input. But in reality, there's nothing simple about this complex and mysterious disease.

Obesity, which has skyrocketed in recent decades – now defining the body mass of over 40 percent of adult Americans – isn't just difficult for people to endure and scientists to understand. It's also incredibly hard to treat.

Beyond commitment to sustained lifestyle changes – healthy eating and exercise, effectively – there are really only two potential options that may help: bariatric surgery and weight-loss medications.

The former is invasive and carries various risks and complications. As for the drugs, they don't always work, and can have their own adverse effects too.

However, an experimental treatment recently trialled by scientists and detailed in a study published this week could open new doors for treating obesity patients with a weight-loss drug.

In the study, which involved almost 2,000 obese adults across 16 different countries, participants took a weekly dose of a drug called semaglutide, an existing medication already used in the treatment of type 2 diabetes.

A control group took only a placebo, in place of the medication. Both groups received a lifestyle intervention course designed to promote weight loss.

At the end of the trial, the participants who took the placebo lost a small but clinically insignificant amount of weight. But for those who took semaglutide, the effects were pronounced.

Broadly speaking, this makes the drug up to twice as effective as existing medications for weight loss, the researchers say, approaching the kind of efficacy of surgical interventions.

"No other drug has come close to producing this level of weight loss – this really is a game-changer," says obesity researcher Rachel Batterham from University College London.

"For the first time, people can achieve through drugs what was only possible through weight-loss surgery."

While the results are compelling, semaglutide dosage for anti-obesity effects does come with some drawbacks.

At present, the drug requires a weekly injection to work – whereas an oral form of the medicine would likely be preferred by patients.

More significantly, we don't yet have data on what happened to the participants after the drug regimen ceased at the end of the trial.

For at least one individual, however, who spoke to The New York Times, her weight began to creep up after the trial was over.

"While drugs like this may prove useful in the short term for obtaining rapid weight loss in severe obesity, they are not a magic bullet for preventing or treating less severe degrees of obesity," says nutritionist Tom Sanders, an emeritus professor at King's College London, who wasn't involved with the study.

Nobody would deny the wisdom of that, but if further analysis of semaglutide turns out to be positive, we could also be looking at an important new pharmaceutical option to help combat obesity.

And that option might arrive sooner than we think.

The study, funded by pharmaceutical company Novo Nordisk – which sells semaglutide as an anti-diabetic medication – is now being tendered as evidence to international health regulatory authorities, in support of an application to market the drug as an obesity treatment.

The US FDA, along with its counterparts in the UK and Europe, is currently assessing the data.

The findings are reported in The New England Journal of Medicine.

This is FR, so I didn’t read the article.
Is it cocaine and testosterone?

I used to think it was that simple, and kept my weight down by eating less - much less - than what I wanted. But something changed in my thirties, and I was able to eat anything I wanted, and as much as I wanted and stayed slim. Now I have to force myself to eat extra calories and still would like to gain a few pounds.

Laziness is too broad a criticism. Chronic illness and disability are often to blame. Encouragement and practical dietary advice are the best approach.

Do a line of cocaine and crushed Viagra.
You’re good to go brother.

FYI, everyone hates you.

And some of you thought the ‘vaccines’ pose health risks....

As it turns out, life is more complicated!

Come and listen to a story and think this through again...

"While they may sound totally disgusting, fecal transplants are emerging as a promising treatment for a variety of gastrointestinal diseases, in particular infection with the bacteria Clostridium difficile.

They don’t quite involve directly inserting the feces of one person into another, but rather the donor stool is rinsed and strained and then introduced into the recipient, either through an enema or endoscopy, or orally in pill form. The idea is to replace healthy bacteria in the gut after the normal balance is disturbed, for example by antibiotics.

One woman suffering recurrent C. difficile infection was recently successfully treated with this procedure, but interestingly, she also rapidly went from normal weight to becoming obese after receiving the transplant. While the weight gain could be due to a variety of factors, the donor was also overweight, and the recipient had never struggled with her weight before. Researchers are therefore speculating whether something in the transplant could have played a role in her weight gain, and have described the intriguing case in Open Forum Infectious Diseases.

At the time, the woman was a healthy 136 pounds with a normal BMI of 26. Her daughter weighed 140 pounds at the time, with a BMI of 26.6, but became overweight shortly afterward. Following the therapy, the woman’s symptoms vanished and she no longer experienced recurrent infections.

Sixteen months later, however, the woman reported unintentional weight gain of 34 pounds and met the criteria for obesity. Two and a half years after the transplant, the woman weighed 177 pounds with a BMI of 34.5, despite a medically supervised liquid protein diet and exercise program.

So to simplify that story, a woman had a C diff infection.

Her (overweight) daughter volunteered to share gut bacteria to replace hers.

Well, duh. I'm asking if this medicine would interfere with . . . my routine.

I accept that to a degree, and certainly where medical, genetic and other factors beyond the control of the individual come into play, I completely understand it.

That said, a LOT of obesity is due to a simple lack of discipline. I am a foodie; I love to eat, but as my work has made me a lot more sedentary than I used to be, I've cut my intake substantially, and have become far more attentive to what I'm eating.

I say that with no intention whatsoever of elevating myself above others, but to the contrary, to say I'm nothing special and if I can do it, pretty much anybody can if they simply exercise the discipline to do so.

Many diabetics like myself already take this drug under the brand name Ozempic. It has helped me keep my A1c under 6.5.

However I will note the dosage used in the obesity study was 2.4 times higher than the maximum dosage given to diabetics.

But the pharma wallet is fatter

If it does, just do three lines.

As your attorney, I advise you to follow my advice...

I read the entire article. Nowhere did it indicate she gained weight while consuming less calories than she burned. No matter what (kooky) medical procedure one goes through, it is impossible for someone to gain weight while burning more calories than they consume.

Thanks bro. You really have my back. 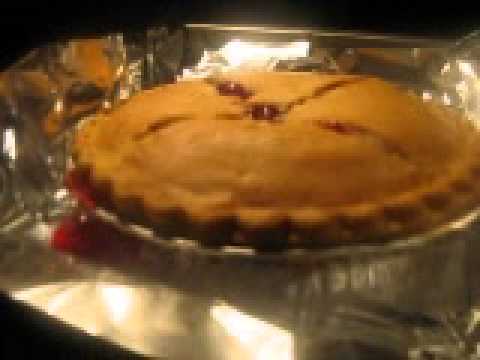 But how well does it work on lesbian Nazi hookers?