Two years ago, Grace McKenzie thought team sports were no longer an option for her. As a transgender woman, McKenzie said she didn’t think she’d be allowed to play after transitioning and was “pretty sad” because she has been a lifelong athlete.

McKenzie, 26, said she was surprised when a player invited her to a practice with the Golden Gate Women’s Rugby Club in San Francisco. She went and has “never looked back,” because “the entire team was extremely welcoming and inclusive.”

True, it’s a womens team. The tranny its still a man, biologically

It’s only a matter of time until a real woman is killed by a fake woman tranny in a sport like rugby.

I still have no idea what a “transgendered man” is vs. a “transgendered woman”. It would be much, much clearer if the media identified them as either a man or woman suffering from what has become kindly referred to as “gender dysphoria”.

Is that like a Yugo that has a Mercedes star on it...therefore making it a Mercedes?

A transgender is one very very sick puppy. This does not mean that they should be mistreated, but they ARE a very sick puppy. I have a niece that went that route and despite the fact that the family has all treated she/he (and now it) well, she’s unrecognizable, talks to no one, and well, probably has not much longer in this world.

I have always loved Rugby. I played a little in college and these days it is about the only sport I watch on TV.

Play a hard game, then drink a keg with the other team. That kind of stuff doesn’t happen much these days. 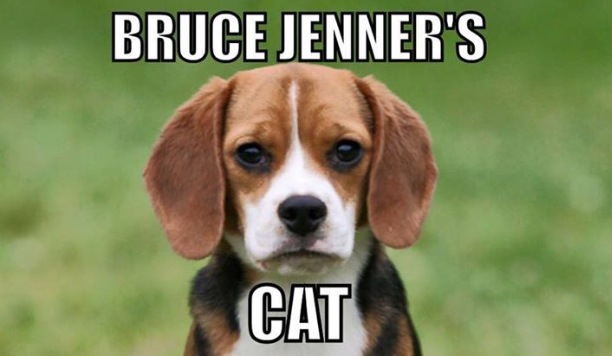 This shite always reminds me of Kramer (Seinfeld) dominating his Dojo

Everyone was impressed with Kramers karate success, till they found out he was fighting against children

The more dangerous precedent would be having a man run roughshod literally over women rugby players.

It is a mental issue. And it should be treated as such. So, now, the left is starting to call pedophilia a “choice” and that we must learn to understand that choice. And help that person accept their choice. Soon they will tell us the same about serial killers and rapists, that it’s their “choice”

Hey, if you want to ensure no born woman ever lays Rugby again, just open it up to Trannies.

That is already happening in track and field, wrestling and other sports. The unfair advantage team keeps saying it is about hormones but it is NOT. Overall male physiology is stronger, heart rate is better, blood fores quicker and more efficiently, etc.

The best women’s soccer team in the world was beaten by a HS boys’ team. One of the Williams’ sisters was beaten easily by the 300th ranked men’s player in the world.

But since other than sports where we enjoy looking at them, no one really watches women’s sports. So, please, self-consuming left, carry on while I stock up on popcorn.

Feminism was sacrificed on the Woke altar

In the old days, the sex/gender was determined by the DNA test. A presence of Y chromosome was an indication of male. That was when we still have science. However, unless you change the whole body, every cell in the body, you cannot get rid of that pesky chromosome.
So now they are determining sex by some levels of enzymes in the body. That is changeable. But that does not really change the bone and muscle structure of the body. Trannies are nowadays taking over some women sports. They have unfair advantage. In current PC world, this is one of the most crazy things one can imagine.

If you replace “transgendered” with “fake”, it becomes much clearer.

Why do we have separate men's & women's leagues and teams in various sports where physical size and/or strength is a significant factor in success? It is because it is a biological fact that in general the males of our species tends to be larger and stronger than the females of our species. That is why we have separate competitions. Without that partitioning, with very few exceptions, males would simply dominate. If you let biological males (whatever they are now) compete against females they are going to tend to dominate. Is that "fair?" Why bother separating the competitors at all then? What chance do biological females have? Why punish all the biological female competitors because someone else decided they didn't like what they were? You may not think it is "fair" to the people who have transitioned or whatever you want to call it - but that was their decision. The inability to compete in sports with an unfair advantage is just one of many consequences of that decision. Decisions have consequences.

I am bewildered why the GOP did not use this issue in the campaign. Handled sensitively, as to not upset the supposed suburban women, it is a winning issue. Same with unisex bathrooms.

Whenever someone uses the term “transgendered”, rewrite it as “fake”. That usually clarifies.

On the other hand, normal people say it's a beacon of sanity in an otherwise 'woke' sporting world.