Former White House political strategist Karl Rove warned Senate Republicans in a meeting this week not to become overly reliant on their conservative base as they head into what could be a tough 2020 presidential election.

Rove, who served as former President George W. Bush’s top political strategist, was brought in by Senate GOP leaders to speak to the 22 Republican incumbents up for reelection at an all-day planning session Thursday hosted at Nationals Park in southeast Washington, D.C.

GOP lawmakers are getting nervous about next year’s election as polls show President Trump’s approval rating dropping during the 28-day government shutdown, with economic experts warning that the standoff could dampen economic growth significantly.

Rove advised lawmakers at the meeting not to rely too much on the conservative base, which is solidly behind Trump in the stalemate over funding for a border wall, and to remember the importance of expanding the GOP’s appeal, according to Republicans familiar with his remarks.

“He talked about politics being about addition and multiplication. You want to continue to bring people in who support you and the ideas that you’re presenting to help the country move forward in a productive way,” said a GOP senator who attended the meeting.

Polls show that while Trump has strengthened his standing with Republican voters during the shutdown, he is losing ground with independents and non-college educated white voters, another key demographic.

A GOP source familiar with Thursday’s meeting said Rove talked about his column published in The Wall Street Journal the previous day that warned “a base-only strategy is a perilous bet for 2020” and advised “the party that realizes this first may gain the edge in the coming presidential contest.”

Rove in his op-ed argued that while Democrats have refused to compromise, the White House should consider “publicly announcing an offer to end the shutdown” by asking for border wall funding in return for legal status for Dreamers.

Rove also discussed the problems that GOP candidates had appealing to suburban voters in the 2018 midterm, according to a Republican senator who heard his remarks.

In the 2014 midterm, by comparison, Republicans performed 12 points better than Democrats among suburban voters.

Rove sounded the alarm about the eroding support for Republicans in the suburbs shortly after Election Day.

Senate Republicans have a much tougher map to defend in 2020 compared to 2018, when Democrats had to guard 26 seats and wound up losing four incumbents.

This is EXACTLY what produced Trump. Ignoring the Conservative base.

Rove - because he won so many elections...

Rove is a Rino. He was left by the Trump Party two years ago. He basks in the glory of the old days of Bush. THEY ARE GONE FOREVER Karl.

PUt this on one of your boards, Rove:

End All RINO Republicanism, asap! Please, and Thank You!

If Rove got liposuction, he’d stop breathing. There’s only fat between his ears!

No one should pay any attention to Cheap Labor Express stooge Rove.

7 posted on 01/19/2019 4:03:24 PM PST by Lurkinanloomin (Natural Born Citizen Means Born Here of Citizen Parents__Know Islam, No Peace - No Islam, Know Peace)
[ Post Reply | Private Reply | To 1 | View Replies]
To: yesthatjallen
"Rove wants Republicans not to rely too much on the conservative base."

They've already tried that, and it wasn't very successful for them. They do so again at their own peril.

Gee, I always wanted to find out what Rove would say now to undermine the first true MAGA leader since Reagan.

Now I want Rove to stick his thumb in his right ear and go bowling.
(tip o’ the hat to the late talk radio guy Joe Pine. His other rejoinder to liberal listeners: “Aw, go gargle with razor blades, moron.”)

Rove, the malignant dwarf never met a globalist RINO he didn’t like.

[Rove, the malignant dwarf never met a globalist RINO he didn’t like.]

Rove:
“Give me some money to get you to court internationalist donors!”

Or just: “Give me some money!”

17 posted on 01/19/2019 4:14:51 PM PST by Williams (Stop Tolerating The Intolerant.)
[ Post Reply | Private Reply | To 1 | View Replies]
To: yesthatjallen
Mr. Rove is still an elitist, not with Americans who still believe in our Constitution, President Trump's base. Mr. Rove never excepted this:.... 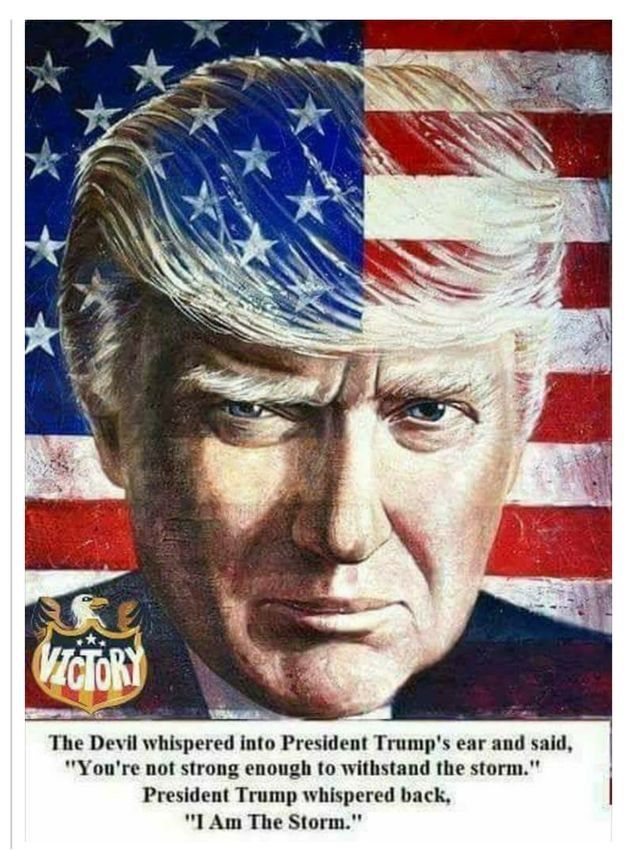 Rove is 100% invested in the "Demographics equals destiny" philosophy. He sees people being fully defined by - and only important by virtue of - the group they belong to. You have to "win" the group to win.

But identity politics is the Dims (= Socialists) only argument. And they will win it. The alternative (certainly not the Rove establishment Republicans) will win only by breaking down identity politics and showing voters how they are individually benefitted by something other than the nanny state.

Showing an individual benefit to those who actually work for a living ("Make America Great Again" instead of "Gimme stuff") Trump won. By appealing to the nanny state dependency groups, McCain and Romney lost against an abysmal candidate.

But Rove will continue to pull out polls that show this or that group identity will prefer a socialist approach. The only questions for him are: How fast should we drive over the cliff? How can we be the ones behind the wheel when we do?

When Karl Rove passes wind, no matter where he is, Mitt Romney wrinkles his nose.