More than half of North Carolina military members surveyed in the latest Elon University poll disapprove of President Bush's handling of the war in Iraq and his overall job performance.

I see a mindysmackdown in your future.

Of the 539 adults surveyed for the Elon poll, 80 - or 14.8 percent of the sample - were active-duty, reserve, retired or veteran members of the military.

Could be that they feel that they're being restrained.

They want to kill people and break things, so they can get home!

Please let me know if you want ON or OFF my Viking Kitty/ZOT ping list!. . .don't be shy.

Why, it's a BS AP article reporting on a BS poll conducted by a college no one's ever heard of, of course!

exactly. The AP brass needs to be hung for sedition.

Sniff is right!!!! Be careful and don't inhale! LOL

Most of the soldiers I know want to be less restrained in fighting the terrorists that enter Iraq from neighboring countries. And I know quite a few soldiers who have been over there more than once, including the brave and handsome Sgt. Phantom.

Our servicemen and women, by and large, believe in what we are doing in Iraq. They simply don't want to have to endanger themselves by walking on eggshells around extremist Muslims and liberal moonbats such as yourself.

Go crawl back under the rock from which you came. 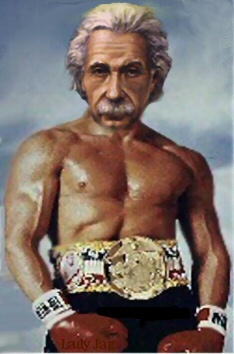 12 posted on 10/29/2005 10:12:19 AM PDT by Lady Jag (Semper Paratus!)
[ Post Reply | Private Reply | To 6 | View Replies]
To: mindysmack
This poll was taken by a very obscure, wannabe pollster, Hunter Bacot. The first rule in believing polls is to know something about the pollster. It also helps to read the polling questions, don't you think.

Hunter is a small time unknown, and his questions aren't given. All you get are his alleged results, which no one has any reason to credit.

I would say that 99% of OUR Troops Support the President and the War.

having a kind of
civil war among themselves.
Check out this story:

Other sources however have offered a different explanation for Byrnes' dismissal which ties in with the Bush administration's unpopular plan to attack Iran and the staged nuclear attack in the US which would provide the pretext to do so.

According to reporter Greg Szymanski, anonymous military sources said that Brynes was the leader of a faction that was preparing to instigate a coup against the neo-con hawks in an attempt to prevent further global conflict.

Indications are that, much like popular opinion amongst the general public, half the military oppose the neo-con's agenda and half support it. ...

19 posted on 10/29/2005 10:57:51 AM PDT by getmeouttaPalmBeachCounty_FL (Undocumented border patrol agent.)
[ Post Reply | Private Reply | To 1 | View Replies]
To: mindysmack
I live near Elon and this doesn't surprise me. It's slanted, and overtly leftist. Good riddance and goodbye!