It’s worse than we thought; even the Wons are frequent victims of racial injustice according to People magazine - The Obamas: How We Deal with Our Own Racist Experiences. In the article, Big Guy claims he’s been mistaken for a valet and Lady M said he has also been mistaken for a waiter.

Some say he’s been mistaken for a President: 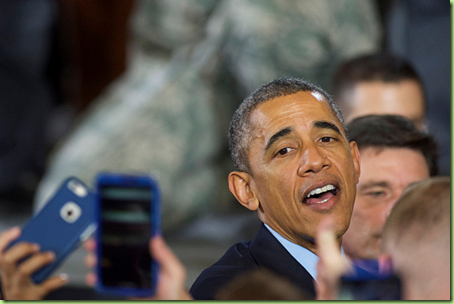 Butt I think we all know who the real president is around here: 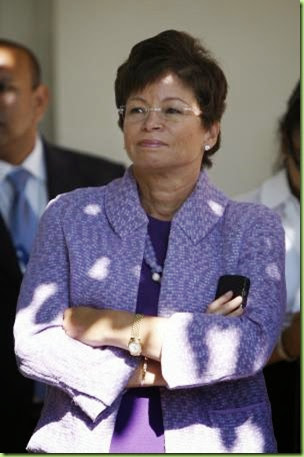 Although undocumented and forced to live in the shadows, Val is de facto el Presidente.

And it’s not just BO who has to deal with racism every day; MO relates to People her own tales of victimhood:

"I tell this story – I mean, even as the first lady – during that wonderfully publicized trip I took to Target, not highly disguised, the only person who came up to me in the store was a woman who asked me to help her take something off a shelf. Because she didn't see me as the first lady, she saw me as someone who could help her. Those kinds of things happen in life. So it isn't anything new."

It may not be new, butt it sure is a new twist on an old story:

I’d like to file a protest on behalf of short people against this sort of humor: #ShortPeoplesLivesMatter

So let’s stipulate to the fact that mistakes were made. Depending on who they happen to however will determine whether or not they are racist. Take that unfortunate little mix up with Val Jar and the 4-Star General back in 2011. I covered the incident in They Also Serve Who Only Stand and Wait:

You know the old saying “To a hammer, every problem looks like a nail?” Well, it looks like it has a corollary:  “To an imperialist, every uniform looks like a waiter.” 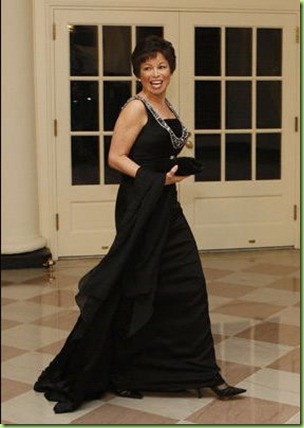 Ok, Ok, it’s true. Val did ask a decorated US General to fetch her a glass of wine at a black tie dinner. Butt for goodness sake let’s take all of the circumstances into consideration before we jump to conclusions. For starters, the affair was held at the Alfalfa Club. The Alfalfa Club!? Isn’t that just a little racist? 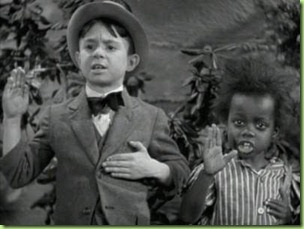 Furthermore, Val worked hard to become an advisor to the Won: how about we just show her a little respect here.

And to be fair, had Big Guy been there, he likely would have thought the Corpseman looked like a waiter too. Racism has a way of making you view everything as a victim, which leads you to believe you are entitled to reparations, which naturally makes everyone your vassal.

So I hope you can see that this whole little mistake had nothing to do with elitism, and everything to do with racism. Butt there you go, making Val the victim all over again. Shame on you.

According to a tipster who reported the “situation” to the Daily Caller, this is what happened:

…According to our tipster, Jarrett was seated at the head table along with several other big-name politicians and a handful of high-ranking military officials. As an officer sporting several stars walked past Jarrett, she signaled for his attention and said, “I’d like another glass of wine.”

“The guy dutifully went up and got her a glass of wine, and then came back and gave it to her and took a seat at the table,” our tipster said. “Everyone is in tuxedos and gowns at this thing, but the military people are in full dress uniform.”

Thank goodness that controversy blew over with barely a whisper. I mean, a BLACK woman mistaking a WHITE military general as a waiter? How does THAT fit our narrative of racist America? Maybe racism is just racism whether it’s in “reverse” or going FORWARD!? 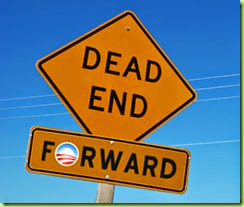 Anyway, I’ve got to run; I’ve got another mess to clean up on aisle 6. Apparently there’s been a little fall out from Big Guy’s latest end run around the Constitution and Congress. 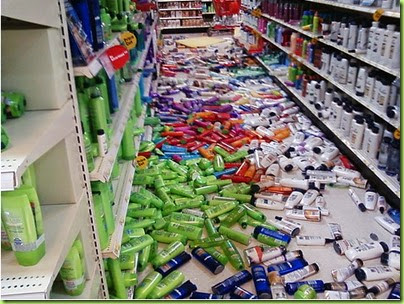 Using his phone to call the Castro brothers, and his pen to “normalize” relations with Cuba seems to have shaken a few people up. Most likely the fallout is just due to the fact that he’s black. That’s how things are in post-colonial America. It won’t stop BHO however, he will proceed with his plans to "leave behind the legacy of colonization and Communism."

I’m not so sure about the colonialism, butt I sure do see a trail of Communism in BHO’s historic wake. 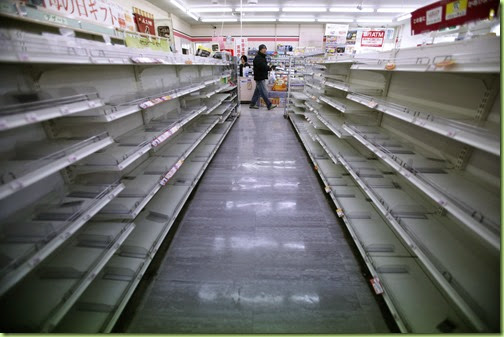 “Sometimes there was no toilet paper in the shops. Luckily there was not much food either.” 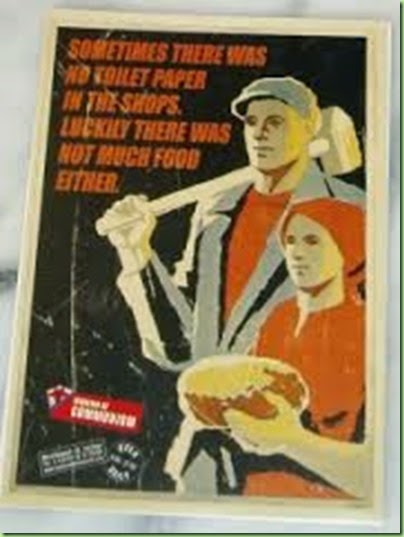 So let’s lighten up out there! Everyone makes mistakes! It isn’t always racist. 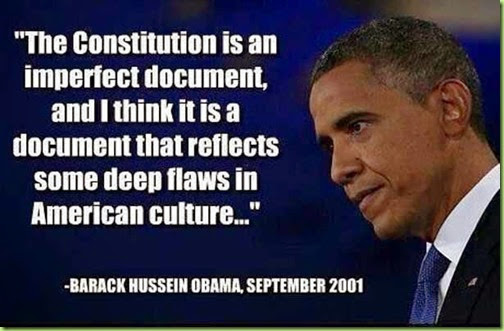 To paraphrase Freud: “Sometimes a mistake is just a mistake.” 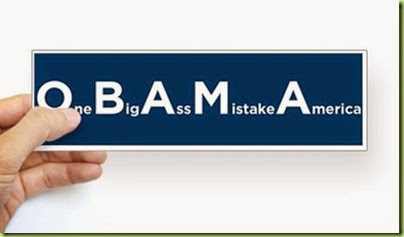 I was tutoring at a student's house, and I was mistaken for a cleaning lady.

Nobody believes for a second any of your lying BS. Go home to Kenya and bring that buffarillo at your side with you.

How racist is that!

Betcha he won’t be mistaken for a president!

Obama also gets mistaken for President from time to time.Not so much lately though.

the couple who has been given everything they wanted. No show jobs, ivy league schools, they have had black privilege and now they complain about someone asking for help from them.

So? I was a young boy in the early 70s … sporting the typical long hair. I was mistaken for a girl a few times by some old codgers.

I’ve been mistaken for an employee a few times in different places.

Yet, I don’t feel the need to call attention to any of that trivial stuff.

To: NOBO2012
Wasn't it Madeline Albright who was assumed to be a maid at some UN confab?

No. Wait. Bunch of sexists.

No. Wait. Bunch of anti-Semites.

No. Wait. Bunch of Frumpaphobes.

I have been mistaken for someone who cares.

I’d like just some detail to this anecdote; maybe Obamugabe can give us a general time-frame when the mistake was made?

I’d be willing to say that Obamugabe may have (may not have) been mistaken as a valet during his Community Organizing days on the SouthSide of Chicago.

That would mean he was mistaken for a valet by LOCAL leaders, well-to-do’s, swells and elites of the Southside. All of those people would be of African-American descendence.

If his anecdotal evidence pre-dates 2008 then it was his own “folk” who made the mistake...

12 posted on 12/18/2014 6:51:54 AM PST by Cletus.D.Yokel (Catastrophic Anthropogenic Climate Alterations: The acronym explains the science.)
[ Post Reply | Private Reply | To 1 | View Replies]
To: Chickensoup
I have been mistaken for someone who cares

The point of these confessions is to point out that it is not racist to be mistaken for someone in a less glorious position.

Once in Paris I was mistaken for a French prostitute. In fact, once at a hotel in Portland someone asked me if I was available.

I’ve been mistaken for an Iranian, Jewish, a mafia member and Rick Moranis. To all that I say-—BFD.

It was pretty hard to refuse the keys to a Ferrari 458 and a Porsche Carrera and I was certainly not offended.

I have also been mistaken quite a few times for security or for a bouncer.

Not sure what to think of that, but I was not offended there either.

:: Racism has a way of making you view everything as a victim, which leads you to believe you are entitled to reparations, which naturally makes everyone your vassal. ::

I was mistaken for a hooker. Blonde hair, high heels and a Fox coat. Never wore the fox coat again.

Is that you Madame Albright?

At least if he was a valet or waiter, the country would not have been harmed.