Thread from beyond the trees, American Thinker article, related to your post from yesterday:

362 posted on 05/11/2020 9:04:22 AM PDT by TruthWillWin
[ Post Reply | Private Reply | To 360 | View Replies]
To: Steven W.
...to criticize the Trump administration’s decision to withdraw millions of taxpayer dollars funding his joint research with the Wuhan Institute of Virology...

What's the word that means exactly the opposite of response?

I'm under the impression that this joint research with 'the Wuhan Institute of Virology' was responsible for the rona.

The rest of the world is responding to it.

p.s. No, you derps can't use my tax dollars to destroy me.

I do. If I were a better researcher and less lazy, I'd post a list. And it was talked about at the time.

I remember it, too, Bags. Here's an article about Barry jetting all over the globe with the rich and famous.

"While President Obama continues his sojourns overseas, many of his stops include official business for the Obama Foundation. On May 24-27, President Obama traveled to Berlin, Germany; Baden-Baden, Germany; Edinburgh, Scotland and London, England, respectively. Obama met with Chancellor Angela Merkel in Germany and Prince Harry and Prime Minister David Cameron in England, an Obama Spokesperson confirmed to TIME. Between meetings, however, he found some down time. The President was seen enjoying a round of golf at St. Andrews in Scotland." We had just put up more signs at the playgrounds! Just a Heads-up for 4pm EDT: 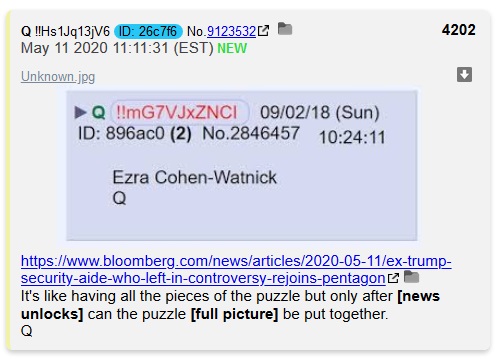 https://www.bloomberg.com/news/articles/2020-05-11/ex-trump-security-aide-who-left-in-controversy-rejoins-pentagon It's like having all the pieces of the puzzle but only after [news unlocks] can the puzzle [full picture] be put together.

371 posted on 05/11/2020 9:17:24 AM PDT by bagster ("Even bad men love their mamas".)
[ Post Reply | Private Reply | To 365 | View Replies]
To: Steven W.; generally; Lurkinanloomin
Your recouting reminds me of the CIA asset who procured Barry's LFBC. "Loretta Fuddy," was said through the planned ditching of a Cessna Grand Caravan off the coast of Molokai on 12/11/2013 (merely three months after James Comey was made FBI Director) to have died in its aftermath, where the plane's complement of nine people--all "in the know"-- made observations about Fuddy's purported demise. The causes they said they observed surrounding Fuddy's passing were augmented by observations of several medically-trained professionals.

The autopsy report took the Medical Examiner a month to deliver. Its conclusions were based not on things observed while viewing the ostensible body, but on later, supposedly-observed-representations of the decedent's co-passengers, even as those later representations took 180-degree turns from witness reports within the first hours of the event. Those statements went toward Fuddy's presumed emotional and mental state, which were after-the-fact, without direct witness, deemed to have been stressful, causing hyperventilation that purportedly gave rise to an acute heart arrhythmia, even though Fuddy had no known history of a heart condition. An arrhythmia not contemporaneously observed by medically trained personnel cannot be known to have transpired, as arrhythmia leaves no markers or tell-tale signs of its occurrence.

Although the USCG Commander's log indicates the commander ordered the FBI to be contacted, our FOIA to FBI found no responsive documents, which should likely be interpreted as purposeful bureaucratic malfeasance, as we know there should be many documents and records of communication concerning the purported death of a high state official in international waters.

Obama with his Deep State subversive maneuvering and framing of innocents wants Biden’s VP to be Kamala Harris. She’s the perfect kind of corrupt prosecutor to add to his list of speed-dialing shadow gov cronies. The Constitution has its framers. Obama has his too.
#ObamaGate— Randy Quaid (@RandyRRQuaid) May 11, 2020


General Flynn is one American hero you will never see portrayed by Tom Hanks. His story is one film you will never see produced via Obama’s cosmetic Netflix deal or be directed by Rob Reiner because THEY CAN’T HANDLE THE TRUTH! #DrainTheSwamp #TrumpPence2020 #FlynnExonerated— Randy Quaid (@RandyRRQuaid) May 10, 2020


Obama holds conference calls with his staff stating things that undermines the position of our President, then leaks that to media. This smacks of a shadow government and should be shut down by the DOJ. Obama still operating from DC location, still after Flynn—& Trump.— Randy Quaid (@RandyRRQuaid) May 9, 2020

Do the shots include the tracker. If so that is racist.
~~~~~~~~~~~~~
I don’t think they will tell us the truth since we object to tracking. I think they will lie, and have been lying about what is in vaccines. I’ve heard there’s a positive correlation between getting the flu vaccines and becoming ill with Coronavirus. SOmething like, “If you’ve had the flu vaccine, you’re 36% more likely to get the Coronavirus.” Mitzkov (sp?) said Spain (or Italy) was particularly devastated by the Corona because they’d just had a big campain for everyone to get the flu vacccine. 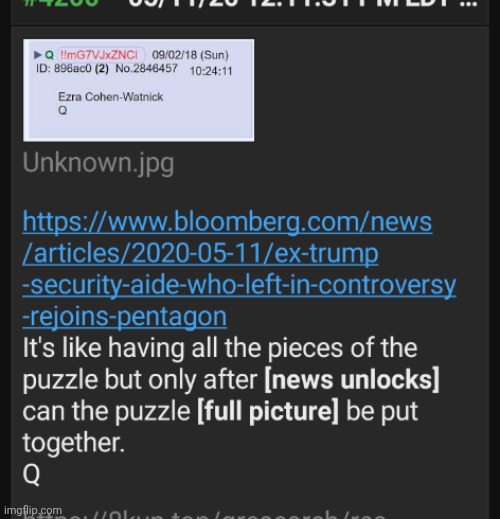 You spelled "natural-born" all wrong, didn't you?

https://www.foxnews.com/politics/durham-moving-full-throttle-on-russia-probe-review-with-top-federal-prosecutors-involved-sources
Keywords are fun for the whole family.
“They FARMED the investigation out because it is too much for Durham and he didn’t want to be distracted,” one of the sources told Fox News.
“He’s going full throttle, and they’re looking at everything,” the source told Fox News.
Breadcrumbs were being dropped in the days preceding the decision that his case could be reconsidered.
Q