But what Psaki did is narrow down the field to one that would include Kamala Harris. Watch:

“When you were asked about the Vice President, possibly being selected as a Supreme Court nominee, you say you’re not going to speak to any considerations. Does that means she is being considered?” Fox News’s Peter Doocy asked.

Psaki declined to address the question, because she said the retirement “hasn’t been announced.”

She did, however, confirm that he would nominate a “black woman” to the Supreme Court.

“Jen Psaki just reaffirmed that the President will only consider a black woman for the next nomination — a threshold gender and race condition that the Court itself has found unconstitutional for schools and unlawful for private businesses,” Constitutional scholar Jonathan Turley noted.

Adding fuel to the fire, Shannon Bream remarks that Breyer hasn’t even confirmed his retirement yet.

“Multiple sources tell me Justice Breyer was not planning to announce his retirement today,” Bream noted. “They describe him as ‘upset’ with how this has played out. We still await any official notice from his office and/or the #SCOTUS public information office.”

There is some high-level political chess being played, and it may be the case that Breyer is being pushed to retire, presumably so the White House can offload the disgruntled Kamala Harris and replace her with a political operator such as Hillary Clinton.

The New York Times initially reported the news, which does not make it a lock; but when it comes to progressive affairs, the grey lady is typically right.

While Biden is certain to pick a left-wing nominee for the forthcoming vacancy, Byron York earlier noted it is likely to be a black woman:

York noted that Biden said he looked forward to “making sure there’s a black woman on the Supreme Court” in 2020.

The rumor isn’t new that Biden might tap Kamala Harris for the nation’s highest court. In November, we reported that Kamala Harris and Joe Biden may be heading towards a bad breakup. The White House power couple had been locked in a bitter feud going back to the 2020 campaign. There were credible reports of behind-the-scenes maneuvering to ‘get Kamala out’ of the vice presidential role.

Chad Pergram, who is an avid buff of Congressional process and mechanics, disclosed that he received a message from a well-informed insider that told him he should familiarize himself on the process to confirm a “vacancy for the Vice President in the Senate and in the House.”

The mainstream media reacted to the report as Fox News ginning up ‘speculation’ over Kamala Harris’s future. But such reports did not originate with Fox News. After CNN’s admission of the Biden-Harris rift, the Daily Mail reported there was talk of the White House seeking a Supreme Court seat for Harris to get her out of their hair.

“Harris’ approval rating has plunged even further than Biden’s in recent months, with rumors swirling that the president is considering appointing her to the Supreme Court as a backdoor method of selecting a new VP,” the Daily Mail reported.

Kamala Harris’s approval ratings have collapsed to roughly the same abysmal point as Biden’s (CBS/YouGov had them each at a 44 percent approval rating, while 56 percent of respondents disapproved). Her prospects of becoming president have faded fast. The Supreme Court could be her way out… setting the stage for Hillary Clinton.

Harris would first need to be confirmed as Supreme Court Justice, prompting her resignation .Next, Hillary Clinton would need to be nominated for vice president and confirmed by both houses of Congress.

The 25th Amendment to the Constitution, which was passed in 1967. Section 2 states:

“Whenever there is a vacancy in the office of the Vice President, the President shall nominate a Vice President who shall take office upon confirmation by a majority vote of both Houses of Congress.”

It would be a highly contentious battle to get Hillary Clinton through the gates and into the White House once again. If the Democrats have any intention of doing so, time is short. Stranger things have happened.

Then the VP will probably be filled by Michelle or Hillary.

It’s never going to happen. Harris is inappropriate for the role. Plus, she doesn’t have the juice to warrant such a plum job. People are delusional.

If Biden picks Hillary, he is a much bigger idiot than I even thought. Michelle Obama doesn’t want the job.

If we had 49 real Republicans kamala couldn’t get confirmed, she can’t vote for herself.

Making a selection based solely on race and gender worked out so well in Harris’s case that Biden seems ready to do it again. /s

With Biden’s track record, Harris may melt down if the questioning gets too tough.

It will take 60 senators to appoint a new VP from what I’ve heard and that may be held up for a long, long time.

Well, it would be a way to ditch her, and not anger the Dem base. 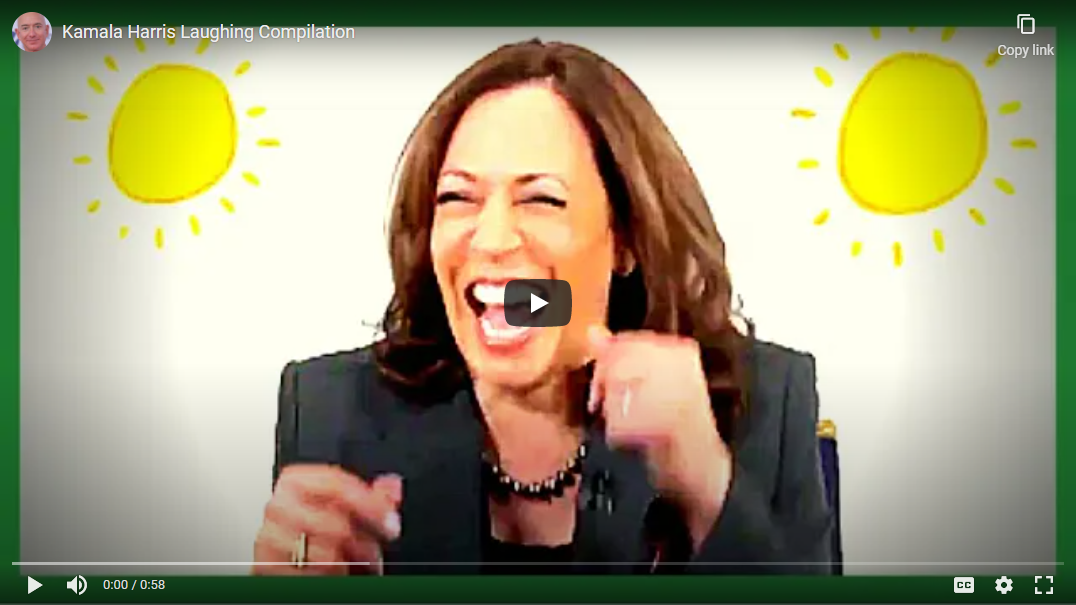 If they jumped the gun on Breyer’s announcement, maybe he will stay to spite them.

Why not? We didn’t stop her from going against the constitution and becoming VP. We allowed an election to be stolen. Go ahead and place her on the SCOTUS, and let’s accelerate our descent into chaos. IMO, God can’t reboot this planet soon enough. I’ve made my peace. Let it happen.

I was just thinking the same thing- singularly unqualified is how I characterize harris for this role.

Its a classic political machination - kick your opponent upstairs. But it could fail because Americans would see through it - its likely Harris would become even more unpopular, and the effort would fail.

Kamala Harris isn’t black, though I do assume she’s female.

He will pick Cori Bush - D, MO, one of the most hateful members of Congress just so he can accuse the republic party of racism and sexism when they filibuster her appointment

I doubt it will be Harris. There are a couple of other names that leftist media are floating - black females - and it will probably be one of them. I think one is already on the DC circuit court.

I am talking about by standards the Democrats would have, not just Republican or others. She’s a lawyer, but she isn’t a judicial person.

Harris is NOT BLACK - she’s 50% Indian Hindu with NO black DNA from any family member.

And it satisfies the far left’s demand that the next Supreme Court justice is a minority woman. Guess they’ll have to wait longer for a trans person to get the nod.

“They describe him as ‘upset’ with how this has played out.”

He should show his displeasure by delaying his retirement for 1 year.