A forward-looking United Nations, which will ‘save succeeding generations from the scourge of war', is sine qua non

On June 23, 2019 in Rome, at the headquarters of the Food and Agriculture Organisation (FAO), the UN's systemic flaws became apparent. The election of the Director-General of FAO served as a grim reminder of the extent to which China had gained ground. The race for the top job ended in a stinging defeat for the US and the EU as Beijing's candidate, Qu Dongyu, won by an overwhelming majority (108 out of 191 votes). The US-backed Georgian candidate received just 12 votes against an expectation of 60.

This over-estimation of its influence in an organisation it co-founded should be the driving force for the USA to create an alliance of other liberal democracies like India to bring about long-pending changes. Beijing's alleged tactics were indicative of its influence across various levels of the UN bureaucracy. From bullying nations by using strong-arm tactics to spending lavishly on buying influence to currying favour with other member-states, Beijing used all possible options.

Beijing's enormous leverage in Africa allowed it to bulldoze the candidature of Dongyu. Cameroon's candidate, Medi Moungui, bowed out of the race less than a month after Beijing waived off $78 million of its loans to the Central African country. The USA lost since it was unable to gauge the extent to which China had been able to successfully game the system.

As China's clout in these global agencies stood out, so did its modus operandi. China's disproportionate influence came without commensurate spend. A 2017 Brookings study that analysed grants to 53 multilateral agencies during 2014-2016 showed that of the total annual funding of $63 billion, the USA contributed $ 14.1 billion -- 22 per cent of the total. The UK came next at $7.6 billion accounting for 12 per cent of the total funding, followed by Japan with $5.4 billion, and Germany fourth with $4.4 billion. In comparison, China's contribution was a little over $1 billion. So, the UK, which has one-sixth the GDP of China, gave seven times more in grants to these institutions and had much less representation than Beijing in these agencies. Broken down on the basis of funders relative to the organisation (23 largest organisations were taken for this), the data sheds light on how easily Beijing was able to sidestep its role in global efforts to address mankind's most vital concerns. The data shows that China's contribution was less than one per cent in a dozen agencies.

The UN needs to reflect the world politics of 2021 and not of 1945 and must pave the way for the capabilities of major players like India and Japan to be leveraged in a bigger way. The developments in the Indo-Pacific and China's increased sabre-rattling have acted as a catalyst to start the process of reforming the UN. In response to these new global realities, countries are now moving towards unilateralism, populism, and nationalism, at the expense of multilateralism, pushing the UN towards oblivion. Only a revamped UNSC is capable of restoring its credibility in ensuring that the rule of law is protected and honoured. A forward-looking UN, which will 'save succeeding generations from the scourge of war', is sine qua non. Despite its many imperfections, the UN continues to be the only port of call for many countries.

It is a given that China will influence multilateral decisions on issues that have far-reaching impact. To limit Beijing's ability to influence outcomes by working different levers of decision making, major powers like the USA, India, the UK, France and Japan must focus on building issue-based consensus. On some of the existential threats, the general body could be given more powers to empower nations to arrive at a consensus, without undermining the veto power of P5. Decision-making in global institutions needs to be more transparent and accountable. The USA can build pressure on China and Russia with the help of its allies and partners like India to start a narrative isolating the two authoritarian states.

While there have been several attempts in the past to realign the global body, the present flux in the Indo-Pacific, the heightened uncertainty after the USA's withdrawal from Afghanistan and continued aggression against Taiwan should strengthen resolve to act.

In 2019, the UN celebrated its 75th birthday and took pride in reducing the number of people in abject poverty under the previous Millennium Development Goals. For the organisation to celebrate its centenary year, it needs to keep the "fox away from the hen house".

(The writer is a senior journalist and author of “Blinkers Off, How Will The World Counter China”. The views expressed are personal.)

Not with a charter deliberately patterned by Alger Hiss after Stalin’s 1936 USSR constitution.

Just exactly what wars has the UN managed to prevent? I seem to remember little things like Korea, Vietnam, etc.

We made China what it is today.

Some of us tried to say we were creating a monster.

Here we are, and it’s going to get a lot lot worse.

Colleague who was posted to China in the early 00's said he'd never have believed how corrupt a society could be until he had to live in China. Mandarin doesn't even have a word for ethics.

No we didn't. China is incapable of being anything else. For five thousand years China has never had anything but government by dictatorship.

Clinton’s granting Most Favored Nation status, and giving them the guidance system technology for MIRV’d ICBMs, followed by the wholesale hollowing out of US industry and sending it to China, is what made them what they are today.

7 posted on 09/26/2021 2:11:54 AM PDT by grey_whiskers ((The opinions are solely those of the author and are subject to change with out notice.))
[ Post Reply | Private Reply | To 6 | View Replies]
To: Olog-hai; RushIsMyTeddyBear; metmom; CynicalBear; SkyPilot; tuffydoodle; tang-soo; righttackle44; ..
[Global Governance] 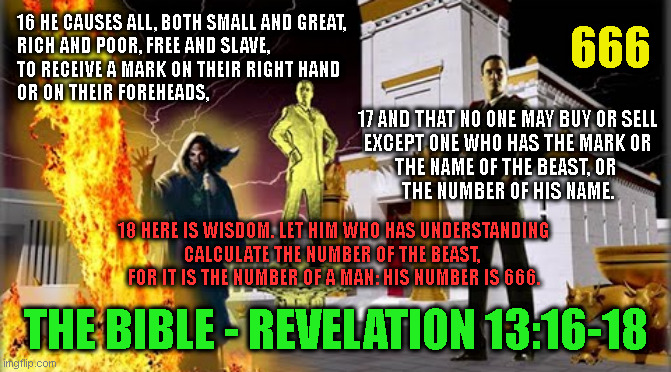 The world will want to UNite in the face of such a crisis. 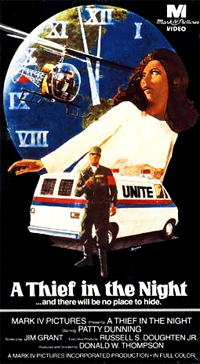 Of course there will never be a Global Government or such. Oh, wait, Daniel 7:23.

23 Thus he said, The fourth beast shall be the fourth kingdom upon earth, which shall be diverse from all kingdoms, and shall devour the whole earth, and shall tread it down, and break it in pieces.

They’ll have to fight the American commies for US !

We made China what it is today. Some of us tried to say we were creating a monster.

—
All hail the unspoken author of our China policy : Noxious Nixon.

Clinton’s granting Most Favored Nation status, and giving them the guidance system technology for MIRV’d ICBMs, followed by the wholesale hollowing out of US industry and sending it to China, is what made them what they are today.

—
All for campaign cash plus the freebee of a miniaturized klystron switch, making it possible for the CCP to mount thermonuclear warheads on their newly accurate ICBMs. OT/ shortly they will have more nuclear warheads that either us or the Russians.

Nixon was one of those rare individuals with the ability to be wrong about everything and yet competent enough to make it all happen.

And “global governance” has never been anything but a corrupt joke.

14 posted on 09/26/2021 5:24:11 AM PDT by hopespringseternal
[ Post Reply | Private Reply | To 11 | View Replies]
To: grey_whiskers; PIF
Clinton’s granting Most Favored Nation status, and giving them the guidance system technology for MIRV’d ICBMs, followed by the wholesale hollowing out of US industry and sending it to China, is what made them what they are today.

Let's not forget that Clinton granted the release of the Loral tech because of the huge campaign contributions made by Bernie Schwarz and cohorts. It's what made the filthy Clintons filthy rich.

It’s what made the filthy Clintons filthy rich.

—
The CCP made him “filthy rich”. He granted the ‘release’ because the CCP was willing to pay millions under the table, most of which eventually made its way into the Clinton Campaign Fund and from there to their pockets under the heading of the 1997 William J. Clinton Presidential Foundation - later just The Clinton Foundation.

All this via “Chinagate”/”Commercegate”, the most serious scandal in U.S. history, transfer of America’s most sensitive technology : nuclear warhead and missile, along with satellite and submarine technology, US Navy operations and much more, in exchange for millions of dollars in contributions to the 1996 Clinton-Gore re-election effort and the Democratic National Committee.

—
the wholesale hollowing out of US industry

—
I remember when US industries, complete with all the tools and machinery, were being shipped directly to mainland China. Those industries that accepted CCP investments found their products for sale from Chinese factories, undercutting them, driving them into bankruptcy and sold to the highest Chinese bidder. Those that did not take CCP money, faced the same process - mostly in the form of hostile take overs.

Noxious Nixon and Bill Clinton are the two US Presidents most responsible for the rise of the CCP from a self-destructed ruin to posing as world power it has become today. Now Biden has become the CCP’s sock-puppet, and the America which once was, lies in rotting ruins.

And it’s at the doorstep brother. But we have a better Hope. And that Hope is about to be fulfilled. This world is not our home.

At the sound of that Trumpet, we be gone! Those that embrace a one world religion and a one world governance, they can have it.

And many will be deceived, thinking 🤔 peace and safety have come.

And the famous and popular politician must be “the messiah” of course.

After all, he brought a 7-year “peace deal” for Israel when he confirmed the covenant.

Speaking of deception, how many will follow Nancy Pelosi into the pits of hell believing God’s “free will to mankind” is the free will to murder babies?

I guess as long as she eats a little bread and drinks a little wine, all is forgiven...or so she has been deceived into believing.

Will she and others so deceived ever come to the knowledge of the Truth understanding what God’s True Free Will really is?