s Donald Trump refuses to concede the election, some of his most loyal allies have become obsessed with a bizarre new conspiracy theory about the race, insisting that Trump only lost the election because a deep-state supercomputer named “Hammer” and a computer program named “Scorecard” were used to change the ballot count.

The head of the U.S. Cybersecurity and Infrastructure Security Agency has called the claim about supercomputer election fraud “nonsense,” and urged Americans not to promote it.

The election fraud claims center on Dennis Montgomery, a former intelligence contractor and self-proclaimed whistleblower who claims to have created the “Hammer” supercomputer and the “Scorecard” software some Trump fans believe was used to change the votes.

“He’s a genius, and he loves America,” Thomas McInerney, a retired Air Force lieutenant general and one-time leader in the birther movement, said of Montgomery on Tuesday on Bannon’s podcast, as Bannon praised an article on Montgomery’s claims. “He’s the programmer that made all this happen, and he’s on our side.”

Can anyone debunk this?

Sydney Powell was the one blowing the horn about this AND it came directly from General Flynn who was in intel ALSO General McEnerny the daily beast is full of BS!! This soft ware was supposed to be used to interfere in foreign elections and in 2012 they turned it on us with O now they have used it again on Trump!!! This is REAL I hope they can trace it!!

2 posted on 11/09/2020 7:27:10 AM PST by Trump Girl Kit Cat (Yosemite Sam raising hell)
[ Post Reply | Private Reply | To 1 | View Replies]
To: Mariner
We should not be surprised at what a mess this election has become, not only because of the uncompromising nature of our current politics, but also because of the warnings we received well beforehand.

President Trump has been bringing up voter fraud long before Nov. 3, and the left had been weirdly insistent that he accept the results without double-checking the entire time.

Afterward, of course, the evidence for that fraud is rapidly piling up. There has been eyewitness testimony about falsifying the postmarks on late mail-in ballots. Election observers were being harassed and kept away from the counting tables in Detroit.

Software glitches have been discovered switching votes from Trump to Joe Biden in Michigan, and the same software is being used in other battleground states.

Please notice the date this was posted:

I can say I watched a clip last night that I think was on MSNBC, and if you keep track of the banner that shows the vote count by state, you can see the moment that 19,958 votes simply flip from Trump to Biden in Pennsylvania.

They join the FEC, the DOJ, the FBI and all other Swamp Rat agencies as they bury their heads in the sand.

The official position is that it was a hoax and that the Govt didnt see the warning signs. It doesnt work

Is that the real story? Who knows.

But just imagine the fallout if it were ever revealed with legal authority that the US had such ability. The ramifications would be quite severe

“I’m specifically referring to the Hammer and Scorecard nonsense. It’s just that - nonsense. This is not a real thing, don’t fall for it and think 2x before you share. #Protect2020”

If it is just a hoax then they won’t mind auditing it? The trashing of the accusers has begun.

So let’s all pay attention to the macro here.

Obvious conspiracy, and obviously a pretty large operation, and as people start to connect the dots, there will inevitably be some theories which are shall we say more speculative....AND the disinformation intel forces at work will go undercover and spout off their own disinformation, then quietly roll out how sill “that conspiracy” is....and then say all “conspiracies” are created equal, and only the status quo given to us by the government is the truth.

The intel community will try to discredit opposition to their obvious coup attempt here with some nutty stuff. Hiding in plain daylight as it were. The brazenness of their crime sort of works as a cloaking device. Same as killing Kennedy in broad daylight with multiple shooters and then putting out the Warren Commission drivel.

Honestly, it isn’t likely provable that it was used and it isn’t needed to make Dominion software do anything bad (it can do it all on its own).

Unless these tools are proven to be used, we should not say they were.

There are plenty of ways to do the exact same thing. Sadly, Hammer and Scorecard are just an alternative method that actually can move the blame off of Dominion’s software abuses.

10 posted on 11/09/2020 7:32:00 AM PST by ConservativeMind (Trump: Befuddling Democrats, Republicans, and the Media for the benefit of the US and all mankind.)
[ Post Reply | Private Reply | To 2 | View Replies]
To: RummyChick
You need a sign to know that the Rats are gonna cheat? 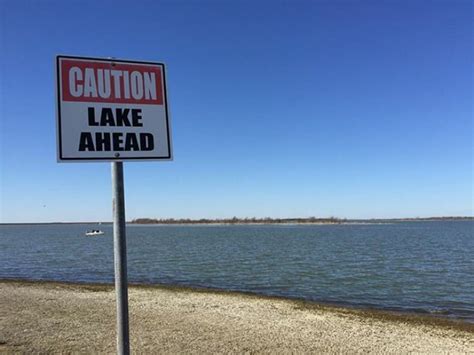 Krebs is trying to CYA as fast as possible.

If it’s true he may be an accomplice.

At a minimum he allowed it to happen under his agency’s watch.

The name of the program isn’t important. The vote count switches need explanation. Also remember Trump supposedly watched the election returns in a SCIF. Either he’s got electronic proof or not.

Sure, we can be wary.

But also the paid fraud debunkers are coming out in droves on MSM.

Isn’t No Name’s spawn associated with that source?

Also, the Libertarian candidate “lost” over 40,000 votes in a matter of minutes on Pennsylvania.

The warning signs reference is the official position of the US Govt as it relates to Montgomery pulling a hoax on them.

ROFL! Playboy magazine is their main source for this article! Now that’s some hard hitting journalism. LMAO at the desperation.

I visited the link.

George Conway is an azz.

Larry Sabato has unmasked himself and revealed he too is an azz.

Here’s the link of the vote change in Pennsylvania

“ALSO General McEnerny the daily beast is full of BS!! “

Not true. He is outspoken, but honest.

He was fired from Fox News after 144 appearances for disclosing that John McCain was nicknamed “Songbird” while in the Hanoi Hilton. They claimed it was false.

Turns out is was 100% true as Vietnamese commercials by John McCain were found in the National Archives.

For many years, American former P.O.W.s who were in the “Hanoi Hilton” North Vietnamese prison with John McCain called him a “Songbird” who collaborated with the enemy against his own country.

They accused him of turning against them and against his own country in exchange for preferential treatment while many of the actually brave and honorable American P.O.W.s endured torture and denial of medical care and food for refusing to collaborate.

The P.O.W.s branded McCain a traitor who was no hero, but nonetheless used his fake hero status to rise to political power.

But we only had their word against his – until now. Now, from the U.S. National Archives comes the proof of their allegations; McCain, by his own words, WAS in fact a traitor who collaborated with the enemy by recording a “Tokyo Rose” statement condemning his own nation by admitting “crimes” against the North Vietnamese people, stating “I, as a U.S. airman, am guilty of crimes against the Vietnamese country and people.” McCain’s recorded statement also painted a picture of humane treatment of prisoners even though he knew many of his fellow Americans were being tortured and denied medical care and adequate food.

In the recording he is heard to say “I received this kind treatment and food even though I came here as an aggressor and the people who I injured have much difficulty in their living standards. I wish to express my deep gratitude for my kind treatment and I will never forget this kindness extended to me.”