'We are at a state of war': NYC mayor's Iran warning as Homeland Security braces for attacks on U.S. soil - and sleeper terror cells could already be here
Daily Mail ^ | 1/03/20 | Emily Crane

The U.S. is on heightened alert after Iran vowed 'harsh retaliation' for an American airstrike in Iraq and that killed a top Iranian general - as it is feared that sleeper cells may be ready to attack in major cities.

NYC Mayor Bill de Blasio said they would be protecting key locations from 'any attempt by Iran or its terrorist allies to retaliate against the U.S.'

'We have to assume this action puts us in a de facto state of war,' he told a press conference on Friday.

It comes amid fears that the Iran-backed Hezbollah militant group, which has been designated by the U.S. government as a foreign terrorist organization, may have sleeper cells in the U.S. that are ready to retaliate.

Former CIA operations officer, Sam Faddis, warned that Hezbollah sleeper cells were hiding in the U.S. and potentially had targets in its sights.

'It is more than possible that Hezbollah has sleeper cells in the United States ready to strike,' Faddis told DailyMail.com.

'Based on what we know we must assume they do and that they can hit targets on U.S. soil at anytime without warning.'

There is some truth to it. There will be repercussions. So what. We should not have let that guy run amok.

Imam of Peace / Pray for Peace...
@Imamofpeace
#BREAKING: Thousands of US troops have reached Kuwait (at least 3500). US tanks are heading to Iraq from Kuwait. It is very clear that President Trump no longer cares what Congress has to say or think. He is determined to not allow the Ayatollahs to dominate the Middle East.

And remove bail for an entire laundry list of crimes!

*AND* refuse Federal Officials access to the Department of Motor Vehicle Records.

...Yeah! Then we can blame Donald Trump for whatever goes wrong!

...isn't it time to admit, these people are no longer Americans?

The Obama years opened the doors to terrorists via his support for Islam. And sure enough....we got hit several times. Remember Boston, Hasan, the Ca couple.... etc etc....All these people had been reported and were ignored...All on Obama's watch. No one says boo....

Hey Bill, so let’s say the NYPD catch a terrorist, will you release with no bail, give a burner phone, free transit passes and two $25 debit cards?

How did they get established in America? Certainly not under the leadership of President Donald Trump!

Like his gym and wherever his wife sta$hed those billion $$$ looted from some mental health “program”?

I’m less worried about Hezbollah sleeper cells and more worried about CIA/FBI awake cells intent on taking out Pres. Trump the past 3 years.

9 posted on 01/04/2020 6:41:36 AM PST by Old Yeller (Auto-correct has become my worst enema.)
[ Post Reply | Private Reply | To 1 | View Replies]
To: Libloather
Former CIA operations officer, Sam Faddis, warned that Hezbollah sleeper cells were hiding in the U.S. and potentially had targets in its sights.

I can see why this guy is a former operations officer with CIA. With insights like these....

IF you have to be with the CIA to know this, then we're in trouble.

That terrorist cells have not been blowing things up in this country since 9/11 still amazes me.

They're either that incompetent or we've been that good at stopping them.

The NYC mayor is as much a threat (if not more) than the slimy bottom dwelling Mulahs of Iran.
And the NYT backs both.

So just for safety deport all the muzzies esp those in guberment jobs.

It’s shocking to see how scared most of the Politicians sound. I saw this guy freaking out on MSNBC and I’ve seen people afraid of their own shadows the whole day. “Iran is everywhere, they can attack anything at anytime”. If you’re that scared that there are so many sleeper cells in the country maybe you should consider tightening the border and immigration laws. They are making Trump look like the only person who can lead the country through this.

Of course they have embedded sleeper cells on U.S. soil. Decades of wide-open borders (thanks, Dems!) would be tempting for any hostile power to exploit.

But what will the mullahs do with their bands of rascals? A sleeper cell attack on American oil refining capacity or on shopping malls would be messy and hard to prevent.

We can’t help much with overseas incidents, should Iran go that route, but we can contribute to national security by exercising our Second Amendment rights. One “good guy” with a gun (howdy there, Texas!) could make all the difference.

If we had sleeper Iranian terrorist cells here, then does that not lead you to ask why we even have IRANIAN SLEEPER TERRORIST CELLS? 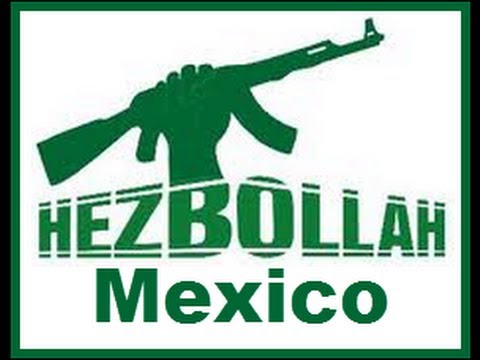 They lose either way.

If nothing (likely) happens, then they all look like scaremongering idiots.

If something does, then their favorite minority religion gets smeared and people wonder why these people are even allowed here and to operate.

They lose either way.

If nothing (likely) happens, then they all look like scaremongering idiots.

If something does, then their favorite minority religion gets smeared and people wonder why these people are even allowed here and to operate.
—
absolutely correct

Their solution is always the same: Just give the bully your lunch money and hope he goes away.

Trump has a different perspective. It is more in alignment with our founders.