After the surprise resignation of Secretary of Defense James Mattis last December, Democrats were quick to politicize the news, and have certainly been hoping ever since that Mattis would provide them with new information they could use to attack Donald Trump. He does have a memoir coming out, Call Sign Chaos: Learning to Lead, but it looks like it’s Barack Obama and Joe Biden who get the bulk of the criticism.

Prior be being Secretary of Defense under Trump, Mattis served as commander of U.S. Central Command under Obama and Biden. Mattis had predicted that Iran would continue to provoke the United States. Mattis’s warning went ignored, and when Iran committed an act of war on American soil, he was not told about it, and the United States never responded to it.

The founders restricted the office to natural born citizen only.

Anyone born with more than ONE nationality is NOT naturally American.

Delete that, read it wrong. My bad.

<><> Obama's $1.3B giveaway to Iran was paid in cash Jan 22 and Feb 5 from a little-known fund administered by the US Treasury.The so-called Judgment Fund is made up of tax dollars Congress has permanently approved in the event it's needed....

UT-OH----J.Ansari Zarif, the Iranian deputy for parliamentary and Iranian affairs within Iran’s Ministry of Foreign Affairs, said he would expose "everyone who allegedly accepted bribes" to facilitate Obama's nuke deal with Iran. "........ will reveal which western politicians received bribes. 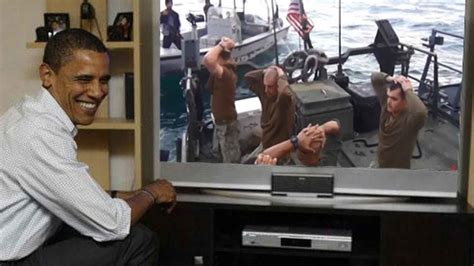 Obama was more concerned with kissing Islamic ass and helping them invade the west than protecting the US.

Which side of the fn highway do you drive on Mattis?

That j@ck@zz should be tried for treason, found guilty, and hung from the nearest yardarm.

And the destabilization of the Mid East triggered the invasion of “immigrants” from Africa and the ME.

No one seems to care anymore, especially here. Whenever I bring up the same, I get memes mocking me screaming or crying, and “Hey, the door’s been opened...”

Lots here have their own ineligible candidates to promote, and in the past I have named some, but get knee-jerk defense responses.

Jim Mattis, the former Marine Corps general and Pentagon chief, has lashed 2020 Democratic front-runner Joe Biden for fueling the rise of ISIS by insisting on the total withdrawal of U.S. troops in Iraq.

“You may want a war over. You may declare it over. You may even try to walk away from it. But the bottom line is the enemy gets a vote, as we say in the military, and we simply have got to understand that terrorism is going to be an ambient threat,” he said in an NPR interview.

As vice president, Biden was tasked by President Barack Obama with overseeing Iraq policy. In his new book, Mattis, 68, argues that Biden, 76, was “indifferent” to the consequences of complete withdrawal - consequences that included “tens of thousands of casualties, plus untold misery for millions of innocents,” as well as the kidnapping and beheading of westerners, and horrific terrorist attacks across the world.

“He wanted our forces out of Iraq,” Mattis writes in Call Sign Chaos: Learning to Lead. ”Whatever path led there fastest, he favored. He exuded the confidence of a man whose mind was made up, perhaps even indifferent to considering the consequences were he judging the situation incorrectly.”

The U.S. pulled out its forces from Iraq in 2011, despite warnings from Mattis that this would be folly. At the time, Mattis was head of Central Command, overseeing the wars in Iraq and Afghanistan. Obama sent forces back to Iraq in 2014 after the Islamic State seized parts of the country.

To: Liberty7732
Mattis’s warning went ignored, and when Iran committed an act of war on American soil, he was not told about it, and the United States never responded to it.

What act of war on American soil is Mattis referencing?

What was Obola’s favorite motto again?
Oh yes. “Leading From Behind!”.

Mattis wasn’t bothered enough about Obama’s response to an attack of war on US soil by Iran to resign? And he did resign from the Trump admin over Syria policy? Interesting to see where Mattis’s priorities are.

I hope to god that’s photo shopped. But sadly I wouldn’t be surprised if it wasn’t.