Hillary Clinton on Rape: You Have the Right to Remain Silent Because Anything You Say
breitbart ^ | 9-27-15 | Roger Stone

In our astounding book The Clintons’ War on Women, which will be published by Skyhorse on October 13th, we demonstrate how shamelessness is a condition that the Clintons have perfected to an art form.

Take, for example, Hillary’s recent pledge, as reported by Ruby Cramer, to crack down on campus rape and her encouraging words to sexual assault survivors: “Don’t let anyone silence your voice. You have the right to be heard … to be believed. And we’re with you.” In fact, we argue, Hillary Clinton has enabled rape and denigrated sex victims.

Ironically, Bill Clinton’s first alleged rape was of a 19-year-old coed named Eileen Wellstone. We believe that he was not prosecuted because the State Department did not want a Rhodes Scholar charged with rape.

Yeah, you might want to put some ice on that. 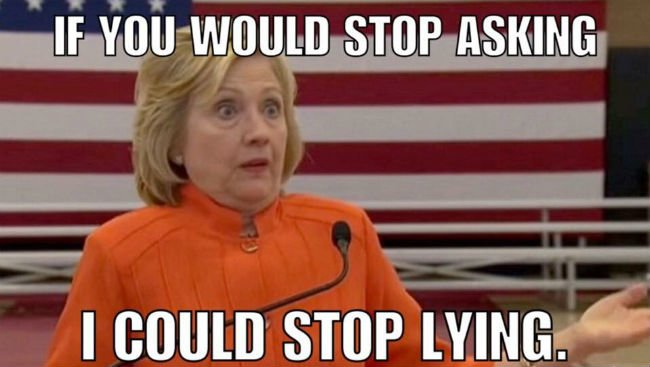 I listed to Roger Stone being interviewed on Patriot XM tonight driving home from up north.

Sounds like this his book is well researched. He made a point to reiterate the book is not about him, the facts stand on their own.

Looking forward to picking it up. Ships 10/13, but early orders accepted at Amazon from what I heard.

Anyone under 30 has no recollection of her and Bubba’s criminal antics. BTW, I don’t know if the two invented spin, but they surely perfected it.

5 posted on 09/27/2015 7:08:05 PM PDT by umgud
[ Post Reply | Private Reply | To 1 | View Replies]
To: doug from upland
I struck me a week or so ago when Roger made a comment about something that Roger Stone left the Trump campaign so that he could shoot at the Clinton's for Trump without it coming from the Trump campaign. If true, maybe that's obvious. If not true then ... well ... not true.

Either way, once again it takes Trump or a Trump supporter to simply state that another Emperor Has No Clothes, however in this case, thank God it's just an analogy.

At some point in time, Hillary’s gonna have to “put some ice on it”.

Juanita greeting to the FReepers and her open letter to Hillary http://www.freerepublic.com/focus/f-chat/3116220/posts— I've only been here since the mid-late 80s. First I've heard of it.

In any case, speaking of Bill Clinton and females named 'Juanita' (alive or long dead), remember this? ...

"You know, if I were a single man, I might ask
that mummy out. That’s a good-looking mummy
"
--Bill Clinton, looking at an [apprx 550-year-old]
Incan mummy ("Mummy Juanita") at the National
Geographic museum