BERLIN (AP) — A series of lines scratched into rock in a cave near the southwestern tip of Europe could be proof that Neanderthals were more intelligent and creative than previously thought.

The cross-hatched engravings inside Gorham's Cave in Gibraltar are the first known examples of Neanderthal rock art, according to a team of scientists who studied the site. The find is significant because it indicates that modern humans and their extinct cousins shared the capacity for abstract expression.

The study, released Monday by the journal Proceedings of the National Academy of Sciences, examined grooves in a rock that had been covered with sediment. Archaeologists had previously found artifacts associated with Neanderthal culture in the overlying layer, suggesting that the engravings must be older, said Clive Finlayson, one of the study's authors.

"It is the last nail in the coffin for the hypothesis that Neanderthals were cognitively inferior to modern humans," said Paul Tacon, an expert in rock art at Australia's Griffith University. Tacon, who was not involved in the study, said the research showed that the engravings were made with great effort for ritual purposes, to communicate with others, or both.

TOPICS: News/Current Events
KEYWORDS: archaeology; caveart; cavepainting; ggg; gibraltar; godsgravesglyphs; gorhamscave; macroetymology; neandertal; neandertals; neanderthal; neanderthals; paleosigns Navigation: use the links below to view more comments.
first 1-20, 21-32 next last
We Are Neanderthals.
1 posted on 09/01/2014 10:46:10 AM PDT by blam
[ Post Reply | Private Reply | View Replies]
To: blam
"It is the last nail in the coffin for the hypothesis that Neanderthals were cognitively inferior to modern humans," ..... --------------- Not so sure about that ..... 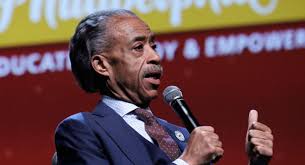 Clues found include that some of the paintings have been signed by Ned & Neo.
Neanderthals could not spell well back then.

Yes. The political correction that is fouling scientific methodology in favor of the PC, ‘late out of Africa only’ BS theory.

Just another example of the current state of the mess in academia.

I swear I wasnt anywhere near those caves. Really! :-)

No photos of the cave scratching at the link, makes you wonder if it was just a bear scratching on the wall, but nobody would fund research on that.

Wish we had a pic of the ‘art’. Cannot find.

Tic-tac-toe? No wonder they never got anywhere if they put the X in the middle.

“It is the last nail in the coffin for the hypothesis that Neanderthals were cognitively inferior to modern humans,”

Just as I suspected. We’re stupider than previously thought.

Well, I am. At least according to my wife.

“It is the last nail in the coffin for the hypothesis that Neanderthals were cognitively inferior to modern humans,”

To understand this you have to delve into the weirdly distorted mind of Leftists —shudder—. You see leftists consider themselves as standing up for the downtrodden. Well, who is more downtrodden than a species that went extinct?? So, they want to believe that Neandertals were as smart as modern humans but were just wiped out by racism. You know, blacks-whites—hint hint.

A few years ago I had the misfortune to start reading a book by Sawyer who claimed that Neandertals are still around. Looking at some RATS I can believe that but I quit reading when it turned out the Neandertals were also homosexual Canadians! I drew the line at that. Luckily it was a library book so all I was out was my precious time.

African- Americans do not.

As one of the few remaining non-muslim Neanderthals, I’m tired of being the brunt of tasteless jokes insinuating our supposed intellectual inferiority.

We’re just challenged in a few cognitive areas—like “cause and effect” or “action and reaction” and mechanics— stuff like that.

On the other hand, we’re just as good, if not better than you at the important tasks: eating, copulating, hunting and gathering, etc.

“This is the fifth cave where we have found the exact same markings. Portugal......Scotland.......Brazil.......the bathroom at the Exxon station.....Japan. What do they mean?”

“I believe they are an invitation.”

“An invitation to what?”

“A cosmetics party. It says, ‘Three more guests and I get a pink Cadillac!’”

So easy, a caveman could do it.

"Frayer's own reading of the record reveals a number of overlooked traits that clearly and specifically link the Neandertals to the Cro-Magnons. One such trait is the shape of the opening of the nerve canal in the lower jaw, a spot where dentists often give a pain-blocking injection. In many Neandertal, the upper portion of the opening is covered by a broad bony ridge, a curious feature also carried by a significant number of Cro-Magnons. But none of the alleged 'ancestors of us all' fossils from Africa have it, and it is extremely rare in modern people outside Europe." [pp 126-127]