The best example is represented by the Sunflower galaxy (Messier 63 / NGC 5055) with the strongest external field among SPARC galaxies, whose well-measured rotation curve shows a mildly declining behavior at large radial distance and can be accurately modeled only with an external field effect. Credit: ESA/Hubble & NASA

An international group of scientists, including Case Western Reserve University Astronomy Chair Stacy McGaugh, has published research contending that a rival idea to the popular dark matter hypothesis more accurately predicts a galactic phenomenon that appears to defy the classic rules of gravity.

This is significant, the astrophysicists say, because it further establishes the hypothesis — called modified Newtonian dynamics (MOND), or “modified gravity” — as a viable explanation for a cosmological dilemma: that galaxies appear to buck the long-accepted rules of gravity traced to Sir Isaac Newton in the late 1600’s.

The mystery: For decades, we’ve measured more gravitational pull in space than we think we should have — that there’s not enough visible or known matter to account for it all.

So, dark matter proponents theorize that most of the known universe is actually made of material that doesn’t interact with light, making it invisible and undetectable — but that this material accounts for much of the gravitational pull among galaxies. It has been the prevailing theory for nearly 50 years.

MOND theory, a counter explanation introduced by physicist Mordehai Milgrom from Weizmann Institute (Israel) in the early 1980s, says this gravitational pull exists because the rules of gravity are slightly altered.

Instead of attributing the excess gravitational pull to an unseen, undetectable dark matter, MOND suggests that gravity at low accelerations is stronger than would be predicted by a pure Newtonian understanding.

In addition, MOND made a bold prediction: the internal motions of an object in the cosmos should not only depend on the mass of the object itself, but also the gravitational pull from all other masses in the universe — called “the external field effect” (EFE).

Milgrom said the findings, if robustly confirmed, would be “the smoking gun proving that galaxies are governed by modified dynamics rather than obeying the laws of Newton and of general relativity.” 150 galaxies tested for EFE

McGaugh and his collaborators, led by Kyu-Hyun Chae, from Sejong University in South Korea, say they detected this EFE in more than 150 galaxies studied.

Their findings were published recently in The Astrophysical Journal.

“The external field effect is a unique signature of MOND that does not occur in Newton-Einstein gravity,” McGaugh said. “This has no analogy in conventional theory with dark matter. Detection of this effect is a real head-scratcher.”

The team of six astrophysicists and astronomers includes lead author Chae and other contributors from the United Kingdom, Italy and the United States.

“I have been working under the hypothesis that dark matter exists, so this result really surprised me,” Chae said. “Initially, I was reluctant to interpret our own results in favor of MOND. But now I cannot deny the fact that the results as they stand clearly support MOND rather than the dark matter hypothesis.” Analyzing rotating galaxies

The group analyzed 153 rotation curves of disk galaxies as part of their study. The galaxies were selected from the Spitzer Photometry and Accurate Rotation Curves (SPARC) database, created by another collaborator, Federico Lelli, during his postdoctoral studies at Case Western Reserve, McGaugh and co-author James Schombert, of the University of Oregon.

In addition to Chae, McGaugh, Lelli and Schombert, the authors of the research were Pengfei Li from Case Western Reserve and Harry Desmond from the University of Oxford.

Lelli said he was skeptical by the results at first “because the external field effect on rotation curves is expected to be very tiny. We spent months checking various systematics. In the end, it became clear we had a real, solid detection.”

McGaugh said that skepticism is part of the scientific process and understands the reluctance of many scientists to consider MOND as a possibility.

“I came from the same place as those in dark matter community,” he said. “It hurts to think that we could be so wrong. But Milgrom predicted this over 30 years ago with MOND. No other theory anticipated the observed behavior.”

Case Western Reserve University is one of the country’s leading private research institutions. Located in Cleveland, we offer a unique combination of forward-thinking educational opportunities in an inspiring cultural setting. Our leading-edge faculty engage in teaching and research in a collaborative, hands-on environment. Our nationally recognized programs include arts and sciences, dental medicine, engineering, law, management, medicine, nursing and social work. About 5,100 undergraduate and 6,200 graduate students comprise our student body. Visit case.edu to see how Case Western Reserve thinks beyond the possible.

#bm will NOT be happy to hear this.

“It hurts to think we could be so wrong.”

Be wrong again and I’ll hit you with the yardstick on the other side of your head.

If anyone is interested they can get their feet wet on the subject by looking at some youtube videos by Sabine Hossenfelder on the subject.

Sorry, it is not the scientific consensus and must be disallowed. Dark matter skeptics must not be published in the future. Their employment status should come under review. That’s the way science works.

8 posted on 12/17/2020 9:01:41 AM PST by ChessExpert (NAFTA - Not A Free Trade Agreement)
[ Post Reply | Private Reply | To 1 | View Replies]
To: Red Badger; 1FreeAmerican; A. Patriot; AndrewC; antonia; aristotleman; Bellflower; Boogieman; ...
More proof of the Electric/Plasma Universe Theory, but the orthodox cosmologists are floundering around trying to prop-up their old theories by looking for an alternative explanation to replace Dark Matter which is repeatedly falsified. Yet the Electric Universe math explains it simply. Electromagnetism, which is 39 orders of magnitude stronger than gravity, when combined with the much weaker force of gravity, covers it adequately.—Electric/Plasma Universe PING! 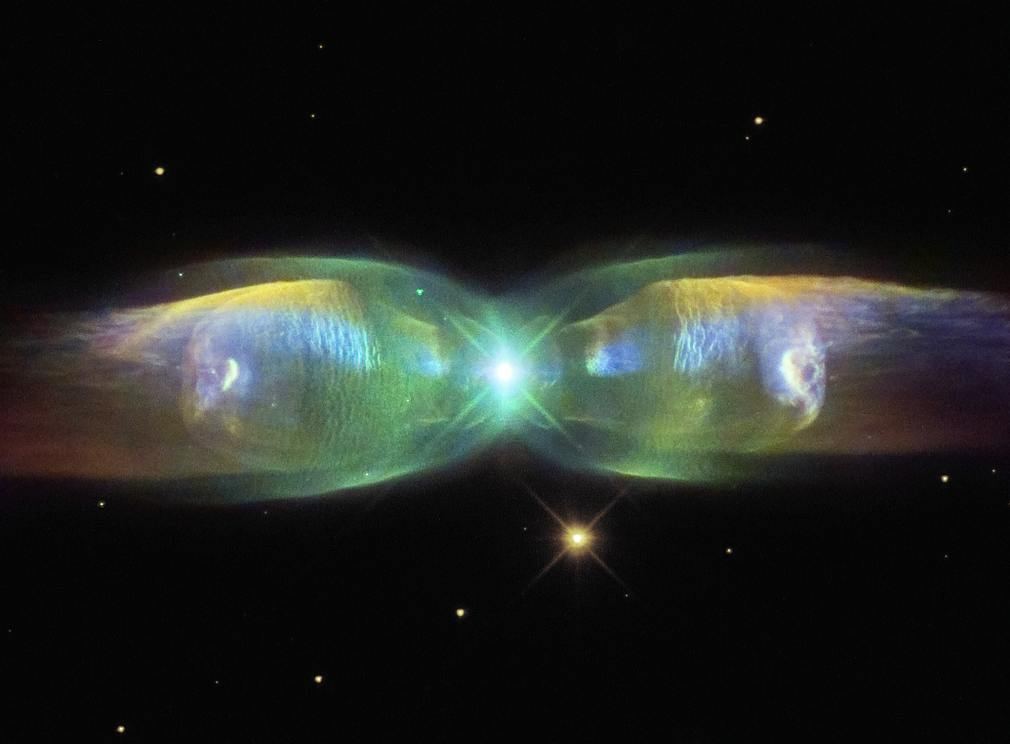 If you want on or off the Electric Universe/Plasma Ping List, Freepmail me.

Fauci says neighboring galaxies need to shut down as COVID is spreading rapidly through the universe. Cases are surging everywhere.

What if every Schroedinger cat in the universe is constantly dying or not, and the probabilities are taking up more of the spacetime with each collapse, thus causing all the galaxies to appear to be moving away from Earth. Other galaxies don’t want to deal with dead cats, nor have to feed them - not to mention the litter box, and them constantly knocking things off shelves. There, I said it.

Well, at least string theory now has a companion under the bus.

OK. But, this is a little hard to take in, "Located in Cleveland, we offer a unique combination of forward-thinking educational opportunities in an inspiring cultural setting."

I totally agree.
If you question the Science you will be black balled for life and never be allowed to write anything in a Science Journal.

Actually, there was, although not exactly 50/50. About a millisecond after the big bang, the majority of matter & antimatter mutually annihilated. The universe we know is the less than 1% of matter that remained.

The science is never settled. But for the ignorant and so called credentialed “scientists” it is because it is political and personal. Not scientific.

Scientific theories start out with the fundamental law that matter/energy etc. is nether created nor destroyed.

In the simplest sense scientists create an equation in which the variables on the left of the equals sign must be exactly equal to the result on the right.

If it doesn’t, then a term is added to “balance” the equation. That new term may be completely unknown and understood. And then the goal is to try to find out what that term is.

This is how actual science advances. It takes a while to get people to even look at other ideas when they conflict with what they 'know' to be true.

A great example of this is Galileo. He was forced to recant from his proposal that the planets revolve around the sun. Of course, part of that was his own fault because he really was a bit of an ass. You don't call other folks out explicitly as morons and expect them to listen to your ideas politely.

17 posted on 12/17/2020 9:34:07 AM PST by zeugma (Stop deluding yourself that America is still a free country.)
[ Post Reply | Private Reply | To 1 | View Replies]
To: zeugma
This is how actual science advances. It takes a while to get people to even look at other ideas when they conflict with what they 'know' to be true.

“Liberals claim to want to give a hearing to other views, but then are shocked and offended to discover that there are other views.” ― William F. Buckley

Isn’t this a kind of re-imagining of Einstein’s aether theory?