Russia's Energia says ISS is close to ruin, nation should build its own space station instead
room.eu ^ | Kerry Hebden

A recent report from Russian manufacturer RSC Energia, the prime developer and contractor of the Russian crewed spaceflight program, states that a number of elements aboard the International Space Station are on the verge of catastrophic failure. The damage has become so serious, it will become too costly to repair and as such Russia should focus on completing its own orbital station instead...

The comments were made by Soloviev during a meeting of the Russian Academy of Sciences Council on Space, which took place on 25 November, 2020 and were reported by Scientific Russia on their website.

During the discussion, the Flight Director also noted that estimates to fix the problems aboard the ISS would amount to around 10-15 billion rubles, a cost that was deemed “too high” by RSC Energia.

Instead, said Soloviev, it is necessary “to revise the terms of further participation in the program” and focus on the implementation of the Russian Orbital Service Station (ROSS), which is currently being developed at RSC Energia.

ROSS is expected to consist of three to seven modules that can either be run automatically or with a crew of two to four people. As the modules can be replaced, it would mean the station has an unlimited lifetime. The deployment of ROSS is expected at some point after 2024, but no exact dates have been mentioned.

Well there’s probably some truth to that.

Russia’s way if saying we broke it but we don’t want to fix it.

Do they really have the technical expertise to build it?

That’s what happens to most public housing.

“Beware of anyone named Leo Green”

I saw something last night about Leo Green and I can’t recall what it was.

Hell....Russia built and has maintained the station. We just pay rent.

The Russians haven’t been commie bastards in decades...

“The Russians haven’t been commie bastards in decades...”

Actually, no. USA came up with the plan, built and launched the first several modules. The European Space Agency, Canadians, and Japanese have built modules for the ISS, as well as the Russians. The U.S. shuttle was used as the primary launch and supply vehicle for the major components. 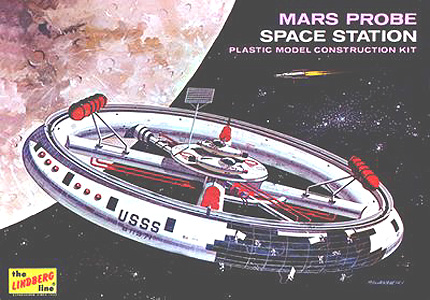 Why do you think all the modules that comprise it are space shuttle cargo bay sized?

“Well there’s probably some truth to that.”

Yep, it’s developing cracks and leaks in its pressure shell. It’s days (or at least years) are clearly numbered now.