During the 2018 Midterms in the United States, strange signs started appearing at political rallies. Held up by non-descript attendees, the signs read simply, “We are Q.” For those Trekkers out there, you might be confused: no, these rallygoers were not making an oblique reference to the infamous Star Trek: The Next Generation character portrayed by John de Lancie. The group appeared from the fringes of internet chat rooms, such as on the website of 4Chan, a peculiar mixture of cyberpunks and various online misfits.

“Q” is derived from an anonymous poster on the internet forum, a source claiming to have a top secret clearance with the U.S. intelligence community. This person (or group of people) spun an intricate conspiracy theory that many Far Right activists on gonzo internet forums picked up and began disseminating to wider audiences online and in their communities.

The conspiracy goes like this: the real purpose of the Robert Mueller special counsel investigation was not to investigate Donald Trump, but instead to investigate Hillary Clinton, Barack Obama, and people like former Hillary Clinton campaign chairman, John Podesta. The QAnon conspiracy theory is far-reaching, with new pieces added with regularity, in the form of what Q supporters refer to as “breadcrumbs.” One such addition to the conspiracy theory last year was that the Mueller probe was also looking into the now-deceased Senator John McCain (R-AZ) for his illegal activities.

What is the ultimate end of the QAnon conspiracy; what does Mueller hope to achieve, according to them?

That part, like most conspiracy theories, is conveniently not knowable. The Mueller investigation, having ended in a whimper rather than the bang the Trump-hating Fake News was hoping for, should have been the end of the QAnon conspiracy theory. QAnon conspiracy theorists have simultaneously argued that the ultimate target of the Mueller investigation is either the “Deep State” of nefarious anti-American, globalist actors, or the aim is to pursue high-profile pedophiles in the United States government and in other powerful circles related to the government.

Now for the most pernicious aspect of the QAnon conspiracy theory. In 2016, conspiracists on 4Chan and other similar fringe messaging boards claimed that the emails stolen from Hillary Clinton campaign chairman John Podesta’s (and subsequently made public by WikiLeaks) contained secret messages referring to a powerful ring of pedophiles who were using a local Washington, D.C. pizzeria as a base of operations to conduct their crimes. None of these claims were true. But, what ended up happening was that the highly irresponsible conspiracy theory triggered a mentally unstable man, who in turn took a gun to a D.C. pizzeria with intent to use it.

The source material for these theories is the vile, uber-fringe 4Chan and 8Chan. 4Chan was launched in 2003 as a place to share images and discuss Japanese anime. In fact, it was modeled on the Japanese anime internet boards, such as Futaba Channel. Over time, though, the already eclectic group of online personalities that 4Chan attracted devolved into something darker. It became a haven for crazed conspiracy theorists from both sides of the political divide. 4Chan also became popular among the white nationalist community, and also became a place for hackers and other criminals–including child pornographers. If there was a Hell on the internet, 4Chan was Hell.

Meanwhile, a similar website, created by gonzo software developer, Frederick Brennan, 8Chan was launched in 2013 as a response to what Brennan believed was the rise in authoritarianism, censorship, and surveillance on 4Chan. Despite the fact that 8Chan has become the 3,857th most viewed website in the world, with an average of 35,000 unique visitors per day and 400,000 original posts per day, it too has become mired in controversy. 8Chan, which has been billed as the more libertarian (though, perhaps libertine would be better) 4Chan, has apparently become a hub of international child pornography postings. This became such a problem that, in 2015, 8Chan was blacklisted by Google search. It is a profound understatement to claim that anything positive or good comes from these boards. Yet, it is precisely from sites like these that the “Pizzagate” and now the QAnon conspiracy theories emanate.

Alternative media figures, such as Mike Cernovich, have also furthered the “Pizzagate” and QAnon conspiracy theories. Some of these individuals have massive social media followings. With big internet names furthering the conspiracies, it was only a matter of time before disaster struck. In 2016, when the pizzeria shooting happened, several media outlets attempted to lay the blame at the feet of people like Cernovich. This only gave the Fake News Industrial Complex more fuel in their ongoing war against President Trump and the Right.

The very same group of internet Alt-Right activists and online forums that furthered the “Pizzagate” conspiracy have also spread the QAnon conspiracy theory.

Here are some of the other bizarre, totally inaccurate predictions that QAnon has made:

01/21/18 – A flood was alleged to be coming. A flood consisting of various forms of media that I imagine were supposed to implicate somebody in something nefarious. Sadly, this flood never came.

01/21/18 – Q makes some very certain claims about the Nunes Memo, which of course do not come remotely true when the memo is released a couple weeks later.

01/22/18 – Q posts a confirmed fake Podesta email, then promptly deletes it. But not before his followers have time to notice. 02/09/18 – Next week [Next week] was declared ‘suicide weekend‘. Nothing came to pass.

02/21/18 – Q predicts that the founder of Twitter is removing accounts because he and his Deep State friends are in deep trouble. Nothing came to pass.

04/02/18 – April was supposed to be a “BIG month“, full of happenings including but not limited to arrests, the release of the IG report, the wall, “military start”, and unsealed indictments. Nothing came to pass.

Where Does QAnon Go From Here?

Things have gotten even stranger for the QAnon conspiracists now that Special Counsel Robert Mueller has submitted his final report. While the report has not yet been made public, Attorney General William Barr has seen it, and he has issued a summary of the report.

AG Barr explains that Mueller has not proven any collusion or coordination between President Donald Trump, his top 2016 campaign staffers, and Russian intelligence. The focus of the investigation was Donald Trump and his 2016 presidential campaign. Hillary Clinton, Barack Obama, John Podesta, or even John McCain were not targets of the Mueller probe in any way as Q promised.

But, they do not represent and are not affiliated with President Trump, his supporters, or those who work for the president.

Recently, some Q supporters have insisted that certain pictures of President Trump and key advisers in the White House “prove” that they are, in fact, members of the Q conspiracy because their positioning makes it appear as though they are displaying subliminal messages about Q. These internet personalities claim to be supporting the President. Yet, consistently, their actions have shown that they are not allies of the President. They damage and besmirch the Trump movement with their irresponsible actions.

In that their actions, both directly and indirectly, aid those who would do damage to the Make America Great Again Agenda and see it fail. Whoever Q or QAnon may be, they are most decidedly not close to the President, they are not Conservatives, and with every post they make, they subvert the MAGA Agenda.

Well, this will go downhill fast.

I’m amused at his description of the chans, not only because it indicates he is wholly unfamiliar with them, but also because that was basically what the entire Internet was like before it went mainstream.

Your article is just a collection of lies and propaganda from someone who does not even know the facts. It seems that Fox news didn’t want this guy anymore either.

But besides that. I hope that people will notice that it is always you Q haters who don’t follow Jim’s rules and post Q articles as news. That says a lot about the character of the bunch of you.

Boy is this thread gonna be ugly by the end of the day :)

Thank you Dr. Gorka. I’d heard second hand a few months back that he said Q was complete BS, so it’s good to get confirmation from someone who was actually in the Trump White House.

He is out at fox news. And word is that he might have been involved in some shady dealings.

Is everything I ever believed just a hoax? /s

I differ with you completely as this is a close and personal advisor to President Trump who worked in the Trump White House. This is news, big news, your feelings notwithstanding.

There is more proofs and investigations going on about all of it. If you want to see the irrefutable truth, I’d invite you to do so at your convenience: Magacoalition.com.

I’m not breaking any rule but sharing the news of major MAGA figure who worked for and advises President Trump to this day.

Have a nice day FRiends. 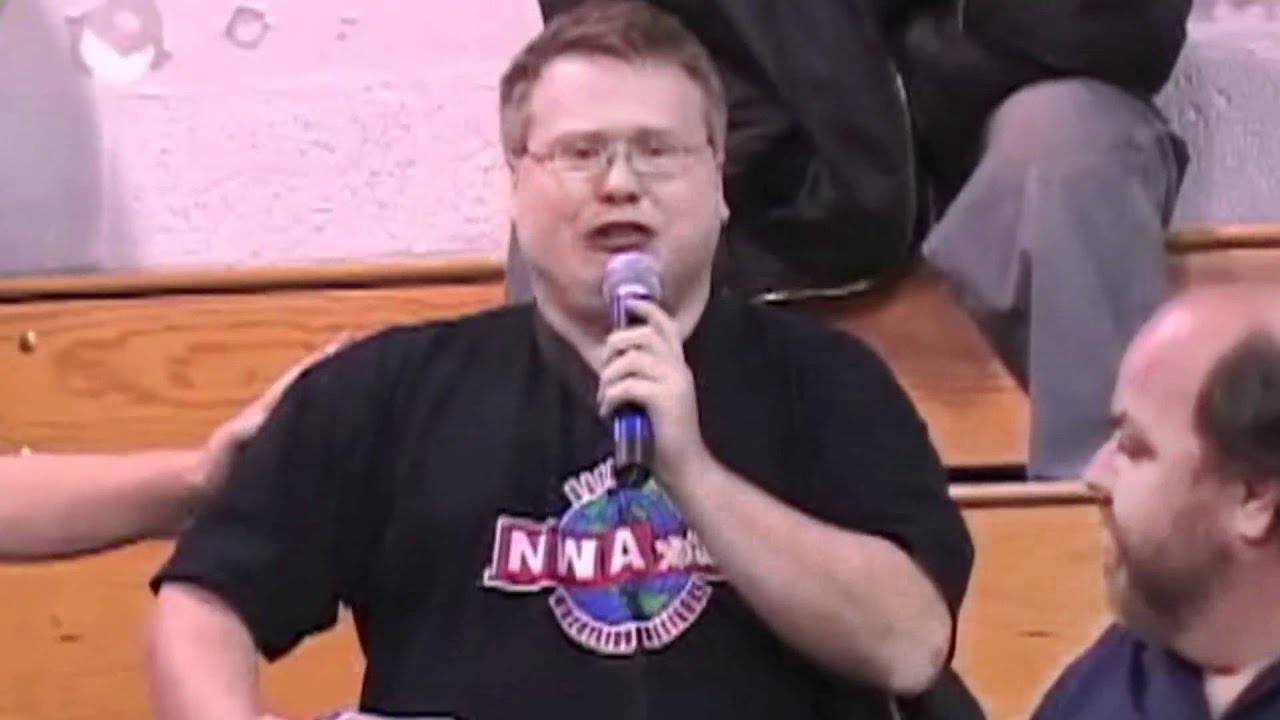 The “QAnon” people promptly attacked him and doxxed him and his family.

You would think people would have taken the hint. ;)

Yeah, boy, Fox News is a Hell of a standard, Q’bert.

Am I in before this thread is pulled?

Just a matter of time.

You think this is news? That just shows how uninformed you are. First off this guy tweeted a long time ago that he thought Q was Garbage. So anyone who knows anything, already knows how this guy claims he feels. On top of that this article does not look a bit different than the propaganda articles that are being written by all the Q haters. It is almost like the same article keeps getting recycled by different people signing there name to it.

It is too bad that you have no interest in even researching for the truth. The deep state is terrified of Q.

I think they said the same about Trump too.

Turned out not to be true.