There’s a sign outside the General Motors assembly plant in Lordstown, Ohio, that reads: “GM, We Invested in You. Now It’s Your Turn to Invest in US.”

Ever since the US’s largest car company’s immense assembly plant opened here 52 years ago, it has dominated this blue-collar town. Now GM workers here are furious that the automaker plans to idle – and perhaps permanently close – the plant.

GM stunned its workforce on 26 November, the Monday after Thanksgiving, by announcing it would cut roughly 14,000 jobs and idle five factories in North America, including the Lordstown plant, which employs 1,600 workers. One factor stoking the workers’ ire is that GM’s move came after American taxpayers rescued it from bankruptcy with a $49.5bn federal bailout in 2009.

While some have blamed Trump policies for the closure, or at least for his inability to stop them, it’s the company that workers hold most responsible.

Come on. After all, it is Government Motors.

Obama saved them, using taxpayer money, screwing over stockholders, and successful dealerships (if they were run by Republicans) and then to seal it’s fate stuck a socialist moron like himself in charge.

Well it’s not like they’re ‘suffering’ as the furloughed federal workers are due to *”TGTS” is it.

If your car company has a crisis every 10 years, you’re doing something wrong. Maybe they should switch to refrigerators or something.

Now these factory workers can join the ranks of unemployed from the numerous dealerships Obama closed because they were Republican supporters. 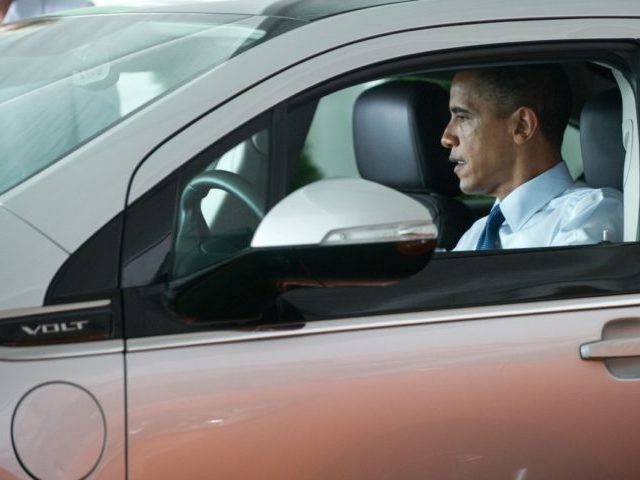 So this one adequately explains Obama AND General Motors.

The loans to GM began in 2008 under the Bush Administration.

Or better yet: be forced into Bankruptcy Re-Organization as they SHOULD HAVE BEEN back in 2009! The reason GM is failing *again* is because us taxpayers were forced to bail them out and GM learned nothing because of it.

Look for more bad news for those LIVING in Ohio, especially if you're a brand new fetus.

You failed to point out who doled out the $50 billion in the first place.

The Secret Service let him “drive” it one foot. That speaks volumes about the incompetent doofus.

GM/UAW...... they are their own worst enemies

To hell with the thieves at the UAW

You cant compete with foreign cars cuz they have good technology and lower pay scales. The unions priced themselves out of the market. The rulers of GM pficed themselves out too. When others can do just as good as you and pay less...you outta a job. Too bad..
I have had GM cars and tbey were fine...glitches here and there but overall. OK.

In this case they aren't in crisis, they're actually doing pretty well. They're trying to avoid the next crisis.

Painful for the employees but probably smart business.

Are you hard of reading? He says tax payer money in the lead post.

Bingo. Let “Creative Destruction” work and messes like this are avoided. Messes always get 100X worse when the government steps in and attempts to fix something. “Something” is often a mess the government created in the first place.

There’s nothing like the brutality of a free, unfettered market to reward the successful and punish the failures. It is by far the best mechanism ever created to allocate scarce resources, something the government can never do.

He said he was going to buy a Volt when he left office.

He better hurry up. That failure is being axed.