A huge void discovered inside the Great Pyramid of Giza in Egypt late last year may hold an iron throne carved from meteorites, according to new analysis of ancient religious texts.

Giulio Magli, Director of the Department of Mathematics and Professor of Archaeoastronomy at the Politecnico di Milano, studied the Pyramid Texts, religious writings carved into pyramid walls around 2400 BC. Based on his studies, Magli proposes that it’s possible the throne of Pharaoh Khufu – or ‘Cheops’ – lies inside the chamber. 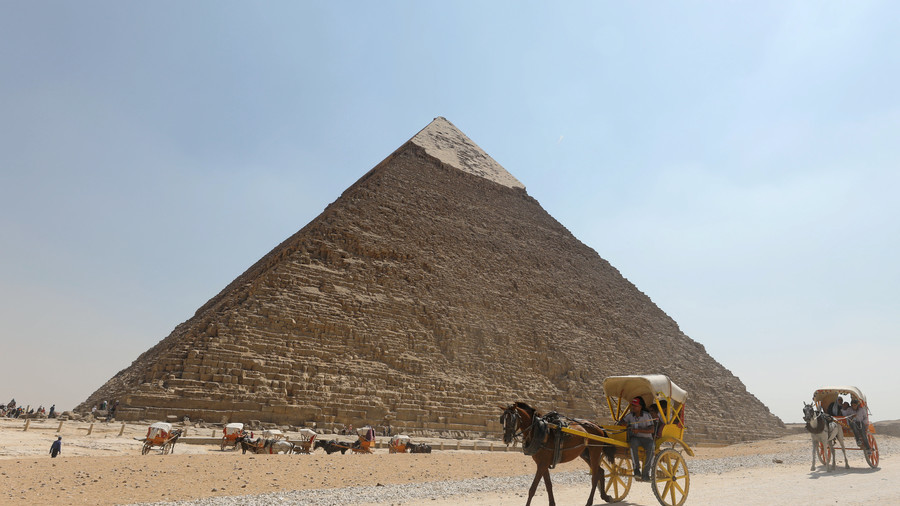 “Of course it would not be melted iron but meteoritic iron, that is, fallen from the sky in the form of iron meteorites and again cited in the Texts,” Magli says in his paper.

Explaining the structure of the pyramid, Magli states that before arriving at the funerary chamber there is a gallery. “The newly discovered room is over this gallery, but does not have a practical function of ‘relieving weight’ from it, because the roof of the gallery itself was already built with a corbelled technique for this very reason," he explains in a statement.

So what was this room used for? Magli offers a possible interpretation that falls in line with existing knowledge on Egyptian funerary religion as documented in the Pyramid texts: “In these texts it is said that the pharaoh,before reaching the stars of the north, will have to pass the ‘gates of the sky’ and sit on his ‘throne of iron.’” 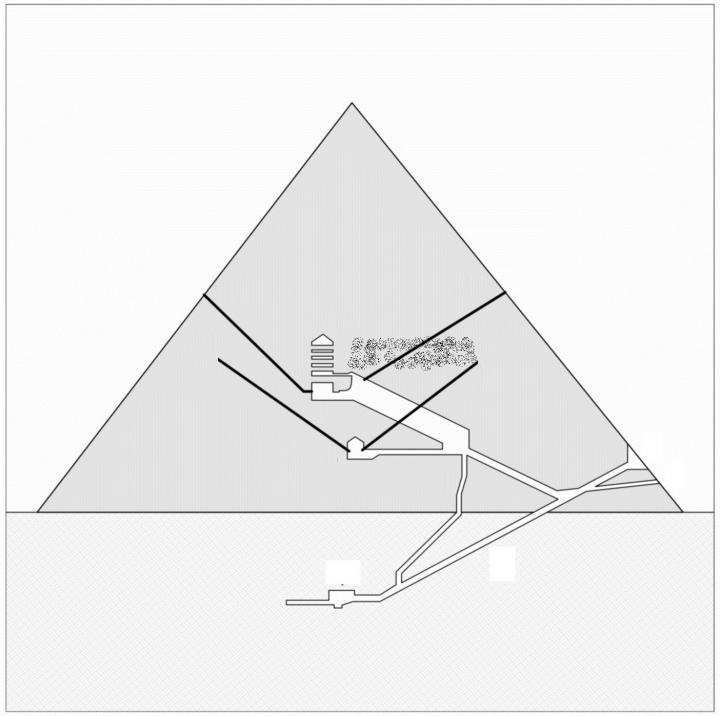 North-south section of the Great Pyramid showing the hypothetical project of the chamber, in connection with the lower southern shaft © Giulio Magli

Within the Pyramid there are four narrow shafts which Magli suggests represent said ‘gates of the sky’, adding: “The north one could well lead into the newly discovered room, and may contain an object needed by Cheops after crossing the doors – the ‘iron throne.’”

According to the textual analysis, Cheops’ throne may be similar to that of his mother, Queen Hetepheres, but instead of gold it would be coated with meteoritic iron sheets.

It is believed ancient Egypt attributed great value to meteoritic iron for the production of ornamental or ceremonial objects. In 2016 it was confirmed that King Tut’s dagger originated from a meteorite. Meteoric iron is clearly indicated by its high nickel content.

Magli admits that his proposal is still just a theory, but says it’s one worth further exploration, suggesting a fresh investigation of the pyramid’s north shaft to determine if it does indeed lead into the newly-discovered chamber. 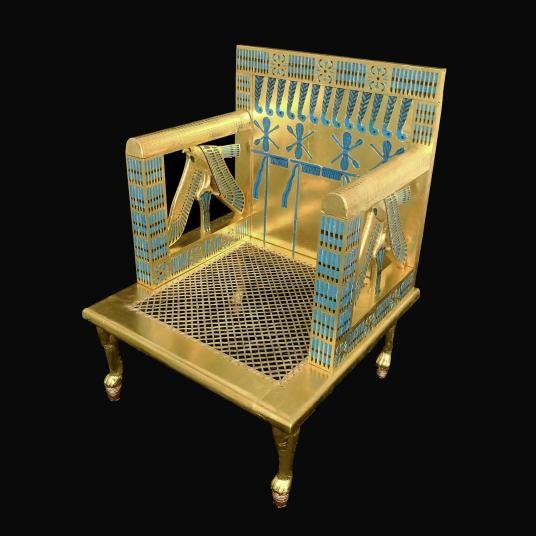 A reconstruction of the gold-sheet throne of Hetepheres, mother of Khufu, I am proposing that the void in the Great Pyramid might have been constructed to contain a similar throne, endowed with sheets of (meteoritic) Iron. The complete paper https://arxiv.org/abs/1711.04617

I wonder if there is some connection with Egyptian
glass. Fused glass found in the western deserts. 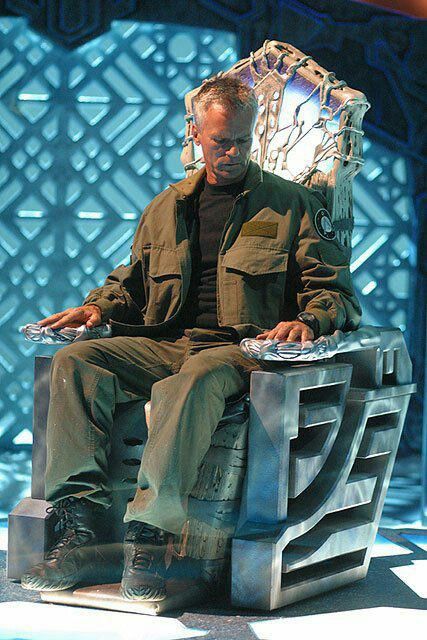 I’d be surprised if a big hunk of Iron still remains anywhere in there.

Have they found the construction blueprints? I want to see the original specs on that facility. We've got the technology now. Why don't they treat the pyramids like Lego sets--take them apart, then put back together. There's no telling what would be found.
6 posted on 01/15/2018 10:23:58 AM PST by tumblindice (America's founding fathers: all white armed conservatives)
[ Post Reply | Private Reply | To 1 | View Replies]
To: Red Badger

What are the smudges in the middle of the Pyramid?

I do not doubt that God is able to send us messages through His creation such as meteorites containing substances of which we know nothing of containing properties we’ve never seen.

This would continue to drive us to search out the truths of His universe and this scientific searching, philosophical reasoning, and continuous questioning would always lead His creation back to The Creator.

From the Big Bang to The Human genome, to discoveries in Quantum physics, all roads lead to Intelligent Design, an Intelligent Designer, out side of time, space, and matter. A first cause causer namely the great I AM.

They had cutbacks that year so had to leave a hole

But not “that” kind of hole.

33 They went down alive into the grave, with everything they owned; the earth closed over them, and they perished and were gone from the community. Nothing New Under the Aten!

The line of Korah, however, did not die out.

Must of had real sharp knives to carve a throne out of iron.

Let’s hope they find the Stargate in there.

Thanks Red Badger. The chambers and passages now known to exist -- via non-invasive techniques -- will not be explored or opened until Hawass dies. So, that's two things to look forward to.

Meteoric iron is clearly indicated by its high nickel content.

FWIW: High nickle content is also found in surface iron ore. Many tools made in the USA during the 18th century were made with it - they never rust. Henry Ford used some in his Model A engine valves. Most high nickel content iron was melted down during WWII to make Liberty Ships - many of which were sunk.