Donald Trump has claimed  he has the "world's greatest memory," but when it came time this winter to give testimony in fraud cases filed against him and a real estate training program known as "Trump University," he displayed a repeated inability to recall names and faces of instructors he had claimed to have hired personally.

"I can't remember that," he said on Dec. 10, when asked by trial lawyers in one of the class-action cases whether he had met one of the instructors in a program that provided training in building wealth through real estate.

Trump's comments were contained in two previously confidential depositions released  late Thursday in a court filing in federal district court in San Diego. His previously undisclosed testimony was obtained on Dec. 10 and again  on Jan. 21 in connection with lawsuits against him and Trump University.  Trump has consistently rejected the fraud allegations and pointed out that the institution bearing his name received high ratings from nearly all who participated.

I see when Kelly was arguing instead of just asking a question that she was wrong over how the school was rated.

Seems the school was rated A later and Kelly in all her venom got it wrong.

The “school” never was accredited. It was a fraud, like Trump, from the beginning. 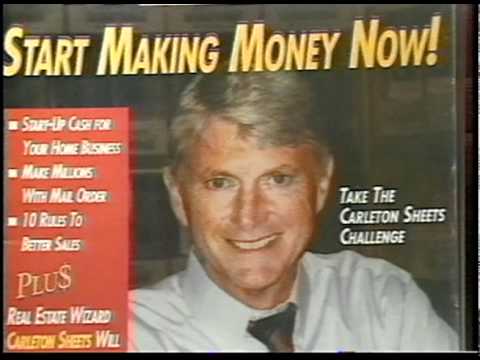 I can’t remember 10% of the people I met last year.

Maybe he really doesn’t remember hiring them
He seems to have “forgotten” that he has been pro-abortio, pro-Socialism, pro-illegal, anti-gun and anti-private property rights all his life.

Adding some humor for everyone: https://www.youtube.com/watch?v=3XriXDtfqCg

8 posted on 03/04/2016 1:52:58 AM PST by The Ghost of FReepers Past (Woe unto them that call evil good, and good evil; that put darkness for light..... Isaiah 5:20)
[ Post Reply | Private Reply | To 1 | View Replies]
To: All
Clinton Foundation Donor to Pay $95.5 Million Settlement to Justice Department
(out of a total $11 billion tax dollars The Education Management Corporation received)

A for-profit educational corporation that has donated to the Clinton Foundation agreed to pay $95.5 million to the Obama administration as a settlement for a government lawsuit alleging that it was using illegal tactics to lure in prospective students.

The Education Management Corporation was sued by the Department of Justice in 2011 for multiple recruitment violations, including paying its recruiters based on the number of students it enrolled, and exaggerating the career opportunities that were available to graduates. The lawsuit argued that the violations made the corporation ineligible for the $11 billion in state and federal financial aid it has received since 2003.

On top of the $95.5 million settlement, the group also agreed to forgive more than $100 million in loans it made to former students, according to the Associated Press. (Excerpt) Read more at freebeacon.com ...

This organization has some unusual practices.

For instance, its students serve as telemarketers who pitch the school to prospective new students. It operates in at least three countries (Turkey, Mexico and Chile) where for-profit universities are illegal, author Schweizer notes.

Douglas Becker (a FOB), runs the for-profit university, which engages Bill Clinton to give speeches several times a year. Based on Clintons gargantuan fee scale, that works out to Pres Bill getting perhaps $1 million a year from Laureate, Clinton Cash author Schweizer estimates.

(NOTE On falsified disclosure forms, Pres Bill revealed only that he has been paid more than $1,000 by Laureate.)

Worked for Hillary, why not Trump?

The people don’t give a FLYING FCK about this. They want JOBS and NO MORE ILLEGALS! Keep it up you morons, you’ve lost the argument a long time ago.

As Cruz correctly pointed out Trump should have been up front with us. These class action law suits charging fraud are going to be a distraction in this campaign we do not need.

Then how do you know you met them?

So are lawsuits about being eligible to be POTUS.

16 posted on 03/04/2016 4:45:46 AM PST by Solson (Trump plays to win. Deal with it.)
[ Post Reply | Private Reply | To 14 | View Replies]
To: Citizen Zed
To attract students, Trump released a marketing video that pledged "we are going to have professors and adjunct professors that are absolutely terrific. . . and these are all people who are going to be handpicked by me." One of the university's top executives, Michael Sexton, subsequently testified in one of the class-action suits that "none of the professors at the live events" were handpicked by Trump. The depositions released Thursday quote Trump acknowledging a lack of close involvement with mentors and students.

"Did you do anything personally to confirm the expertise of any of the Trump University mentors?" Trump was asked in the depositions released Thursday. "No, I didn't," he responded.

LOL, good point, could be figments o’ me imaginations :)