Let’s be honest – Donald Trump is a loser.

You couldn't even come clean about your ethnicity. He's worth billions.

Count all his failed businesses.

See how he kept his father’s empire afloat by cheating people with scams like Trump University and by using strategic corporate bankruptcy (excuse me, bankruptcies) to skip out on debt.

And let's listen to the people who were ripped off by Bill and Hillary during Whitewater. Or, like above, the billing records from the Rose Law Firm.

Listen to the experts who’ve concluded he’s so bad at business that he might have more money today if he’d put his entire inheritance into an index fund and just left it alone.

Name the experts. And since you're on the faculty at Harvard, maybe you could find Trump's father's will and figure out exactly how much he *did* inherit.

Yep. Losers fly on their own private 757s with a supermodel wife. She's much better looking that you, Liz. Just saying.

His embarrassing insecurities are on parade: petty bullying, attacks on women, cheap racism, and flagrant narcissism.

I haven't seen any of these. But I've seem them all in the Democrats. Petty bullying -- "Get in their faces. Punch back twice as hard." (Barack Hussein Obama)
Petty bullying -- The White House Travel Office under Hillary.

Attacks on Women -- allow me to introduce you to Juanita Broaddrick, Paula Jones, and Kathleen Willey.

Cheap Racism -- like refusing to prosecute the Black Panthers after they kept whitey out of polling places in Philadelphia. Or, you know, claiming Cherokee Heritage.

Flagrant Narcissism -- like Obama claiming he was a better speechwriter than his speechwriters, and claiming his election would be when the planet began to heal.

But just because Trump is a loser everywhere else doesn’t mean he’ll lose this election.

Funny, isn't it? He's drawing from every demographic except Muslim terrorists, pajama boys, and lesbians. And Indians from Harvard, if your posting is any indication.

People have been underestimating his campaign for nearly a year – and it’s time to wake up.

The only people underestimating his candidacy have been the Pauline Kaels of the world. Those of us in the real world have been cheering him on.

People talk about how "this is the most important election" in our lifetime every four years, and it gets stale.

Yes, the course of the country tends to pale in comparison with feathering your nest.

But consider what hangs in the balance.

Have you considered giving away your salary in toto to the poor dispossessed students of Harvard? Or, for that matter, Harvard could make tuition free to its students, indefinitely, and not even need to touch the principal on their endowment.

Oh, so that's why you consider yourself one of the little people. You have to slave all year (oh, sorry. trigger warning!) to earn what Hillary makes for one speech in front of Goldman Sucks. Sure would be interesting to hear what she said that was worth all that wampum, eh?

Or, we could find out where all those *trillions* went, during the bailout, which we were forbidden to ask about.

Healthcare for millions of Americans.

You're several years too late. Obamacare fixed that, remember? And we can keep our doctor, and get a $2500 annual rebate on our premiums, too. I'm still waiting for the Unicorns that sh*t Skittles, though. Hurry up.

Well, this one makes some sense. Half a point to you. But the GOP is the one who keeps nominating people like John Roberts and Harriet whats-her-face. Scalia was an accident. Hey, speaking of racism, and politicizing the Supreme Court, wasn't it a *hoot* when current VP and then US Senator Joe Biden, dropped out of the Presidential race so he could (as he put it) "do his job -- of keeping Clarence Thomas off of the Supreme Court" ? Racist.

Big corporations and billionaires paying their fair share of taxes.

Like Google, Warren Buffet, and Mark Zuckerberg? About time.

I guess you're reaching that age, aren't you? By the way, how many people suddenly went on Social Security Disability Payments during the great Obama recovery?

Investments in infrastructure and medical research and jobs right here in America.

That's what Obama's "Porkulus" bill was for, until Robert Reich came along and made him promise the jobs wouldn't go to white males.

The chance to turn our back on the ugliness of hatred, sexism, racism and xenophobia.

Well, yes. Getting rid of the Title IX war on college males (guilty if accused, no right to confront accuser, no right to assistance of counsel), getting rid of the race riots of Ferguson and Baltimore, and having to pretend to be a member of a minority group just to get a good job at Harvard, these would all be a good start.

The chance to be a better people.

More than anyone we’ve seen before come within reach of the presidency, Donald Trump stands ready to tear apart an America that was built on values like decency, community, and concern for our neighbors.

Yeah, I forget who said it, but there was some President who talked about "if they bring a knife, you bring a gun" and "get in their faces." My favorite part of the current administration is all that racial healing.

Remember, it was a Republican who said, "with malice towards none, with charity towards all" and a Democrat assassinated him for it.

Many of history’s worst authoritarians started out as losers – and Trump is a serious threat.

Is that any way to talk on the very *day* Barack Obama stands with Raoul Castro in Cuba?!!

The way I see it, it’s our job to make sure he ends this campaign every bit the loser that he started it.

I'm looking forward to seeing President Trump nationalizing Harvard's endowment. It's the least he can do for those whom the American Dream has left behind, due to the exertions of elitists such as yourself.

By the way, you're connected. Any word about Hillary's mishandling of above-top-secret information on an illegal private server?

That was as groovy as a drive-in movie!

Someone left a mess in the gilded cage *PING*

wish they would put this on an alphabet network.

Trump already destroyed her with his Indian comments and she’s so thin skinned she is in full claws out mode.

LOL! I love it because I come from REAL Cherokee heritage.

And she doesn't need to lie about her heritage or ethnicity like you fauxahontas. 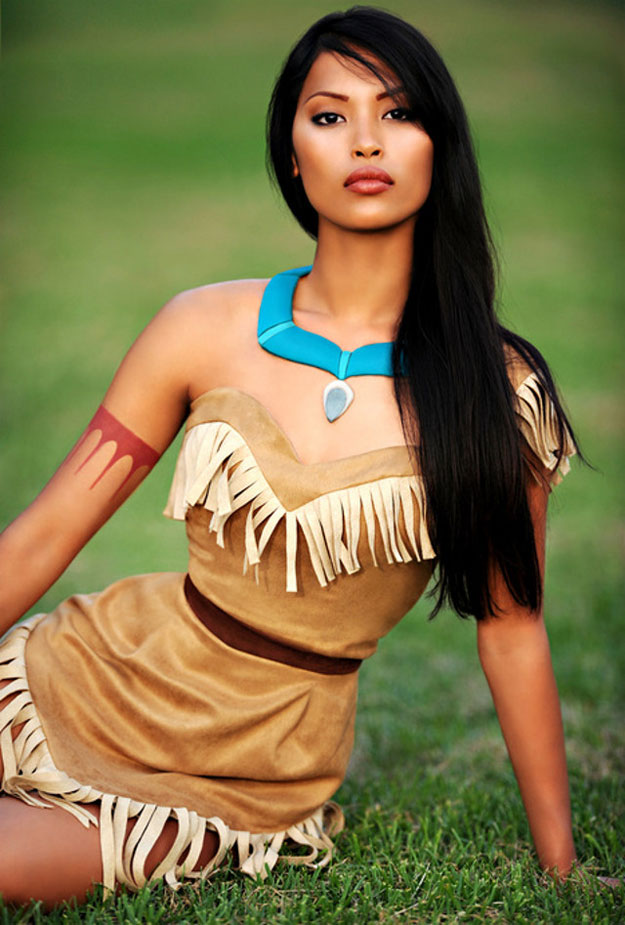 This bitch is communist trash . BUILD THE WALL!! I WILL BE THERE WITH MILLIONS OF AMERICANS!!

OUTSTANDING grey_whiskers! Now, if only FR could have a rebuttal to every sentence coming out of the pie-hole of every POS politician.

Elizabeth Warren is also an African American. Forty thousand years ago her ancestors left Africa to hunt Mammoth in North America. They destroyed this endangered species.

Same here. My great to the fifth power grandma was full blood Cherokee. 1/64th.
So what do we get? Bupkis?

Would be great if Cherokee Nation called her out.

A Indian and an African walk into a bar…ROTFLMAO