DUmmie nadinbrzezinski, the World's Foremost Authority, now has extended her realm of expertise to include other galaxies. Not content to stick to the Milky Way (perhaps the milk has been contaminated by radiation gas clouds), Know-it-all Nadin boldly goes where no moonbat has gone before. Here in this THREAD, The All-Knowing One condescends to gift us puny earthlings with her thoughts "On alien life, and whether it is possible."

So let us now ascend through the clouds of ignorance and enter the Mind of Nadin Brzzznzsnsszki, in Sputnik Red, while the commentary of your humble guest correspondent, Charles Henrickson, wondering if we can find any intelligent life in DUmmieland--oh, and by the way, this could be the Mother of All DUFUs, in terms of length, so if you don't finish it tonight, come back tomorrow--is in the [brackets]:

On alien life, and whether it is possible

[Know-it-all Nadin is about to enlighten us with her wisdom! Let us attend!]

[Nadin is more than a yada, she's our Yoda!]

So let me propose a scenario... NOT BASED ON ACTUAL SCIENCE beyond the Drake Equation...

[No, of course not! Ffft! The Drake Equation, yes, of course, but NOT BEYOND IT! I mean, come on!]

as well as actual, honest to goodness... human history.

[By the way, did you know that Nadin has... A DEGREE IN HISTORY? She does! That makes her an authority on, well... EVERYTHING!]

Let's assume for a second that ET actually comes and lands in front of insert home of head of government here... you know the famous take me to your leader scenario.

[ET will land in DUmmieland and say "Take me to Head DUmmie Skinner!" No, better yet, "Take me to NADIN!"]

2.- yes, our lovely aliens were able to cross space time... and we have NO FRAKING idea how they did that.

[Except for Nadin. She has a fraking idea about everything.]

See this leads to this little problem... not only are we not alone, but if these aliens are NOT friendly, regardless of Independence day and good product placement... who doesn't love that Apple used to insert a virus? ACHOOO!

[Oh, Nadin, I'm beginning to see where you're going with this! You're working your magic again, you Golden Enlightener you! . . . Uh, no, actually, I have no idea what you're talking about. GESUNDHEIT!]

We really are that behind the power curve. It will be indeed like oh ... the Aztecs, still stone based civilization, trying to face the Spaniards, who used lead ball, steel and gun powder.

[It's a crisis! It's a tipping point! We've crossed the Rubicon! We're into eschatology! Oh, HELP us, Nadin! What shall we DO???]

This is why some nobodies like Hawking, have actually said that contact with aliens is not that bright of an idea.

[No, no, of course not! Whew, that was CLOSE! I was ABOUT to suggest that we DO make contact with the aliens, but then you and Hawking wisely warned us NOT to! Oh, THANK you, Nadin! You have averted a worldwide calamity of cosmic proportions!]

Now if ET happens to be friendly...

[You mean he COULD be? Why, that would CHANGE things, I imagine!]

perhaps they can use their so far more advanced technology to help us solve some of our problems, such as global warming.

[If only they would use their power for GOOD! Unlike the rethuglicans! B*st*rds!]

Oh and why would they come?

[Perhaps they need to come and consult YOU, Nadin, for advice on what to do back home. Interplanetary warming and all, you know. Radioactive death clouds from Japan. That sort of thing.]

Well intellectual curiosity comes to mind. I mean why send anthropologists to the Amazon to make contact with cultures in the depth of the Amazon? WHo knows Gliesse 589 might have a similar class...

[Other than you, Nadin. You knew about Gliesse 589 back when Hector was a pup.]

Resources, why did Cortez go to Tenochtitlan?

[To get to the other side?]

to cure that disease of his that could only be cured with Gold...

[Oh, Nadin, you supply us with COMEDY Gold! Thank you!]

The reasons for aliens to cross that ocean (assuming for a second that it is possible... and lord knows I am aware of the problems)

[You've practically written the BOOK on intergalactic space travel, Nadin! Who better than you knows the inherent difficulties? Distance, time, contaminated milk, a long way to travel, clean underwear, lack of Gliesse 589... the list goes on and on.]

[Nadin, I have no idea what you're talking about. No FRAKING idea.]

Oh yes, so far the fodder of the science fiction writer... in space operas our aliens tend to be violent, greedy and good fodder for fiction...

but on a more realistic matter...

ET at this point will likely be of the less advanced, with perhaps two to five actual civilizations at a time that could make contact.

[Sure, that's the best guesstimate at this point. Two to five.]

Given that species on earth have an average 300,000 lifespan... the time we have to make contact is rather limited in a geological time frame...

[Oh, believe me, Nadin, I have no doubt WHATSOEVER that you are COMPLETELY unique!]

To some this is a threat, a philosophical threat.

[To us this is a treat, a very comical treat.]

Of course on the more humorous answers to this from the 1950s, that book is a cook book!

[What in the H*LL are you talking about, Nadin? Have you been into the cooking sherry again?]

Oh and it goes with out saying, if this scenario ever came reality...

[It goes without saying... And now, Nadin, please indulge us poor ignoramuses as we come to you now as mere supplicants with our meager bleatings, entreating you and stretching wide our aprons to catch a few crumbs from your vast table of knowledge, which I'm sure you'll jump in from time to time with which to supply us with... In other words, let's hear from the DUmmies...]

[Is that you, Mr. Brzezinski?]

[You married a gay alien?]

imagine some trying to wrap their heads around an alien visit!

if mankind was the best the universe had to offer then the universe was in deep sh*t or had a great sense of humor. . . .

like a speck of sand on an extremely huge beach.

[Like a quark of triage milk in Nadin's fallout shelter.]

[Why, DUmmie qazplm, I believe you ARE one!]

the odds of us being the only place with life are, no pun intended, astronomical.

[The odds of DUmmieland being the only place with life this odd is... about even money.]

I'd assume we'd not be under any real threat, we'd be studied, examined, probably without us even knowing it.

Why I mentioned the Drake Equation.

[No need to explain, Nadin, we all understand... YOUR FANATICAL NEED TO DROP IN OBSCURE TERMS AS THOUGH YOU KNEW SOMETHING!]

But every time we mention this we get the but, but...

not the huge ones said to be a mile long, but the saucer shapes. . . .

I suspect we will create other intelligences before we find any in space.

[Start working on that right there in DUmmieland.]

I would expect somewhat ambivalent evidence of intelligent BEMs within a century.

[I expect NO evidence of intelligent DEMs anytime soon.]

the Spitzer telescope is just the begining. . . .

[The Spitzer is unrivaled at spotting available call girls from across the Hudson.]

You are so right nadin...

[Isn't she? What a debt of gratitude we owe that woman! We are not worthy!]

The universe is so vast I think only about 20% of the population can actually grasp it...

[It's SO vast, even vaster than the vastness of that vast--it's so vast that only 20% of NADIN can grasp it!]

Go look up what it means when somebody states that a specific galaxy is 890 million light years away.

Who says they're alien? They could be earthlings but evolved and doing backward time travel.

[Yes, that's always a possibility, of course. It goes without saying. The Drake Equation and all. . . .]

And they already flew over Washington, talked to Eisenhower, it was all on Coast to Coast...

But anyways, what is the question?

Just because you want to believe in aliens, does not make them exist.

[DUmmie provis99, YOU win today's Kewpie Doll, for this Brief Moment of Mental Clarity® that is like a lone cogent thought rattling around in Nadin's big empty skull of a thread!]

try following the xenobiology at NASA

[Try following the Xenalyte at DUFU! You have to, because she's Pingee #1! Put that in your equation and smoke it!]

By the way aliens may be as simple as bacteria.

[I hear you can use tea bags on your feet to get rid of bacteria.]

the Drake Equation is totally made up nonsense.

[Look, provis99, you already WON the Kewpie Doll! You can't win it twice in the same thread!]

One might as well assign a 1% chance that any given planet is populated by flying monkeys.

[There's a 100% chance that DUmmieland is inhabited by barking moonbats.]

You simply do not believe this is possibly and I think it is on ontological reasons... And my basis is not ontological...

You don't seem to understand the meaning of ontological, either.

[Come, come, provis99, you should know by now that Nadin doesn't need to UNDERSTAND big words in order to throw them around!]

Hell they are even taking a third look at Mars now, but I am sure you did not realize that either... By the way, good bye...

[To the iggy list with you, provis99! Nadin is DONE with you!]

What would we have that an advanced alien would want? Other than our creamy centers?

Worst case scenario, they'd have mastered telepathy and could just paralyze our asses on the spot.

[ben says, "I, for one, WELCOME our alien overlords!"]

But trust me, as I thought these problems... I know I need to deal far more with the first contact from a philosophical point of view. It is not done enough.

[It needs to be more ontological, Nadin. Work on that.]

These people are whacked. If aliens ever came through here, they’d likely ignore us and warn others to stay away. They ever think of that? 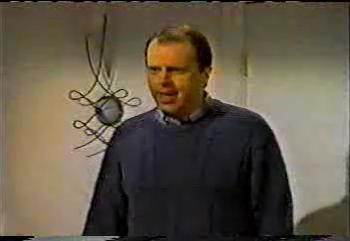 I hate The Drake.

Gang, I’ve got to say this was one of the most FUn DUFUs for me to write! Such material to work with! The jokes just flew off my fingers! I’m still laffing! Everything Nadin knows, she learned from Twilight Zones.

Everything Nadin knows, she learned from Twilight Zones.

not the huge ones said to be a mile long, but the saucer shapes. . . .

Don’t give the TSA ideas.

All humans are vermin in the eyes of Morbo.

Morbo might be correct, I’m too biased to determine that. I am willing to put around 15% into that category right now though. :)

"You sir don't know your ontologist from your proctologist!"

This fool immediately lost credibility by claiming the Drake Equation as “science.” It’s just a mathematical formula backed by some reasonable assumptions with absolutely ZERO capability of being proved right or wrong. Every variable is purely a guess, so anyone can arrive at any conclusion they want.

I see that the Great Nadin has not heard of Stanislaw Lem. See, Nadin, rethuglicans can also drop names! :-)