Despite Hitler and Nazis' contempt for the "inferior" Arab and all Middle-Easterners' race, who have been considered 'half-apes.' (http://books.google.com/books?id=GteStbiDEjAC&pg=PA140) Nazi Arabs managed to "rise" above humiliation for the sake of the 'greater common evil' AKA: anti-Semitism [anti-Jew-ism]. 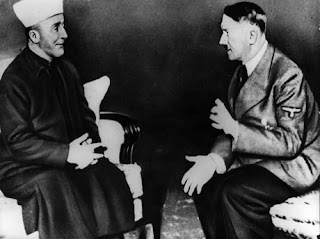 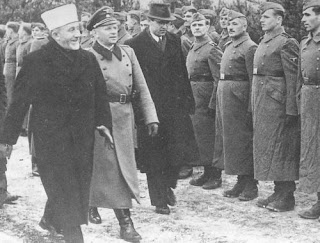 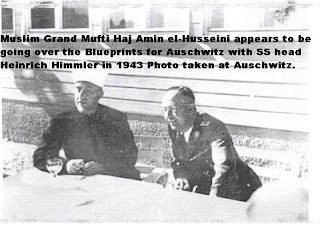 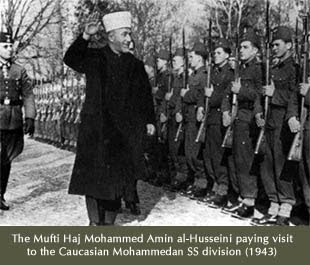 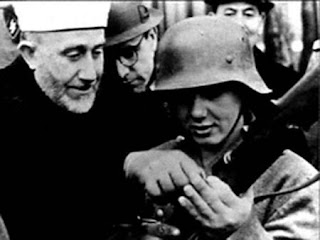 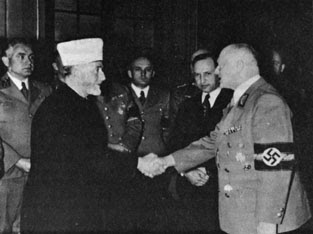 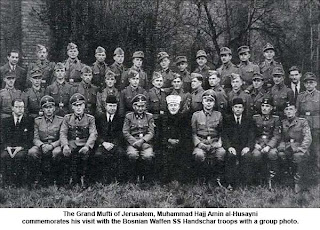 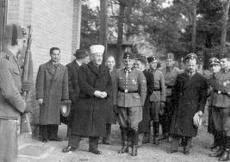 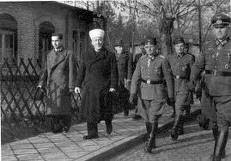 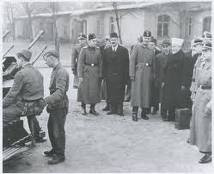 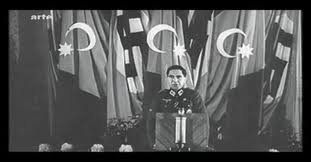 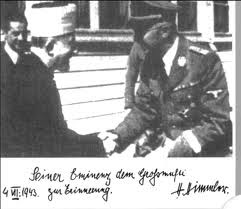 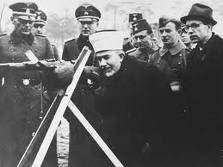 Highlights about the infamous Arab Muslim leader from Palestine

This is old news. Everyone already knows this stuff. It’s all routinely taught in high schools across the United States.

I learned about this website at a seminar on the Holocaust for teachers.....

It might not be routine, but it does rate a mention when I teach history....

7 posted on 11/21/2010 5:48:26 PM PST by SJackson (In wine there is wisdom, In beer there is freedom, In water there is bacteria.)
[ Post Reply | Private Reply | To 1 | View Replies]
To: PRePublic
Here's a very revealing photo of the Mufti's Islamo-Nazi SS division to add to your collection. 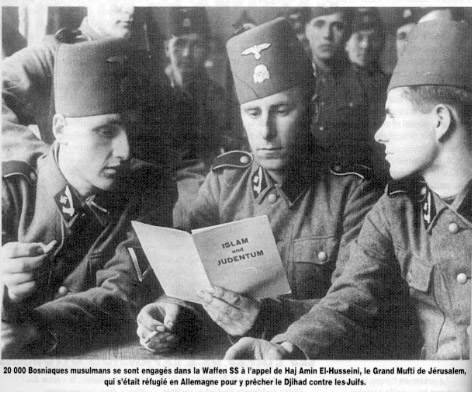 IIRC, he was Yassir Arafat’s uncle.

Ty for that link.

Two of Hitler's close associates - who where among the few who survived the war and the Nuremberg trials - provide the final word on this. Both Speer and Bormann published books with Hitler's actual words on how he admired Islam.

Martin Bormann's (Nazi Chancellor) "TABLE TALKS 1941-1944" are the transcripts of Hitler's conversations. It contains this Hilter quote from 8/21/42:

"Had Charles Martel not been victorious at Poitiers—already you see the world had already fallen into the hands of the Jews, so gutless a thing Christianity!—then we should in all probability have been converted to Mohammedanism, that cult which glorifies the heroism and which opens up the seventh Heaven to the bold warrior alone. Then the Germanic races would have conquered the world. Christianity alone prevented them from doing so."

Albert Speer (Minister for Armaments) wrote in his "Inside the Third Reich" the following:

Hitler had been much impressed by a scrap of history he had learned from a delegation of distinguished Arabs. When the Mohammedans had attempted to penetrate beyond France into Central Europe during the eighth century, his visitors had told him, they had been driven back at the Battle of Tours. Had the Arabs won this battle, the world would be Mohammedan today. For theirs was a religion that believed in spreading the faith by the sword and subjugating all nations to that faith. The Germanic peoples would have become heirs to that religion. Such a creed was perfectly suited to the Germanic temperament. Hitler said that the conquering Arabs, because of their racial inferiority, would in the long run have been unable to contend with the harsher climate and conditions of the country. They could not have kept down the more vigorous natives, so that ultimately not Arabs but Islamized Germans could have stood at the head of this Mohammedan Empire.

Hitler usually concluded this historical speculation by remarking "You see, it's been our misfortune to have the wrong religion. Why didn't we have the religion of the Japanese, who regard sacrifice for the Fatherland as the highest good? The Mohammedan religion too would have been much more compatible to us than Christianity. Why did it have to be Christianity with its meekness and flabbiness?"

Thanks for the pic, look at the ‘noses’ of those Muslim SS soldiers, amazing how Nazis “found” common ground with hooked noses as long as their radical religion (Islam) fit Nazism...

13 posted on 11/21/2010 6:57:27 PM PST by PRePublic
[ Post Reply | Private Reply | To 3 | View Replies]
To: drpix
Very true, important link. Islam found favor in the Nazi Fuhrer, especially for its totalitarianism, he lamented for being in a Christian environment.


Jung replied, in reference to the Nazi fervor that had gripped Germany, We do not know whether Hitler is going to found a ... Speer's narrative includes the discussion that captures Hitler's racist views of Arabs on the one hand, and his effusive praise for Islam on the other...

Speaking to his elite generals eight days before invading Poland in 1939, Hitler praised the virtues of power and brutality, referring to how easy it had been to dispense of defenseless people like the Armenians...

Another posting on the Aryan Nations site, 'Why Islam Is Our Ally', praised 'the Islam of Al-Qaida, ... with Zionism or the decadence of the West, and Aryans should respect them just as Hitler had respected the Grand Mufti of Jerusalem. Both the 13th and 21st Mountain Divisions were under the commands of German SS officers. Attrocities committed by the Muslim units were said to turn the stomachs of even hardened SS officers. Both division were effectively disbanded or destroyed in late 1944 and early 1945.