I understand Bloomy was a democrat before he switched to GOP.

Maybe he will get the lion to lie down with the lamb. I'm betting that the lion will go to bed with a full belly. Bloomberg is a disgrace.

Gridlock is the best thing about the two party system.

What difference does it make what the POTUS candidates think about gridlock? The only way to break the log-jam on a liberal or conservative agenda is to form a congressional super-majority. No one is able to figure out how to win 63 senate seats and 290 congressional seats. Furthermore, with no party loyalty (e.g., Specter, McCain), even said majorities would be no guarantee of implementing an agenda.

Bloomberg may be able to drive the election into the US House of Representatives when the majors fail to top 270 electoral votes. That would assure a rat victory. :-(

“A Ross Perot nightmare - for the democrats...”

This is exactly what I was thinking. Bloomberg way too far left to take many votes from the GOP candidate.

Leftist jargon for vote with the democrats all the time?

They call it ending partisan gridlock.

Give me a break..

About time the Dems have to deal with a possible Perot splitting up factions.... 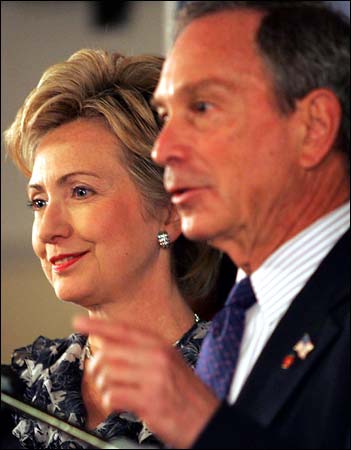 At LAST!!!! A candidate EVERYONE can agree to hate!

Everyone thank Founder Harry Hay for this mess.
http://www.freerepublic.com/focus/f-news/1794584/posts?page=12#12

Mayor Michael Bloomberg has long been one of the S.V.A.’s favorite hosts. Besides the formalities and awards, there will be a big outdoor barbeque and festive music. S.V.A.’s posilute representatives include Williamson Henderson, Bert Coffman, Bob Diamond, Elaine and Cece. This private invitation affair is at Ed Koch’s and Rudy’s old house (Gracie Mansion) from 5:30 p.m. to 7 p.m.

Do U know Y? Clue: See the “S.V.A. Prominent Supporters”! The investigative female political reporter from Time magazine querried whether the legendary Stonewall veterans organization favored Republican Rudy Giuliani or Democrat Hillary Clinton as the next U.S. President. Williamson asked the reporter: What about Independent Michael Bloomberg? Then, WLH explained in detail that it is much too early in the process. Williamson clarified that the S.V.A. is not a political group and does not “endorse” candidates; however, the S.V.A. has non-political avenues of very effective “support”. [More 411 will come in Time!]

Yes, the New York City Mayor Michael R. Bloomberg’s birthday is on Valentine’s Day. No wonder he’s such a sweetheart! Today is his milestone 65th! As in every year since we had candidate Bloomberg as our special guest leading the 2001 Gay Pride Parade, the Mayor received a heartfelt birthday card from the S.V.A.

Bloomberg’s agenda is to get Hillary elected by spliting the independent vote. He is going to campaign to the center-right. 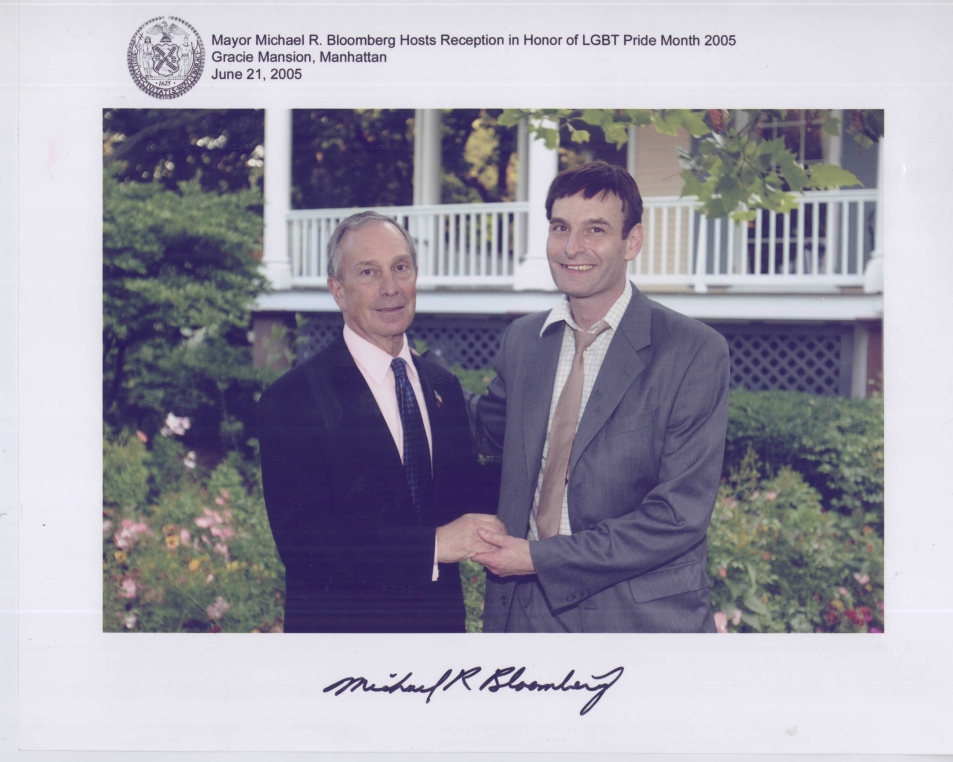 Or, look at it this way: he could split NY enough with Hillary (possibly) that an R could win the state. Dittos for the commuter states (CT, NJ). 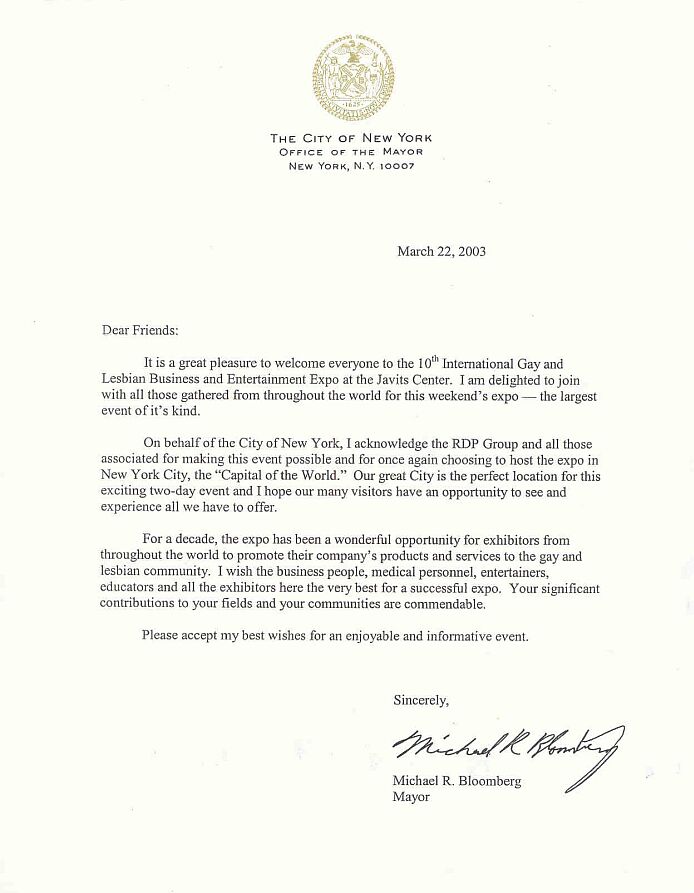 Here are the statepoll numbers with Bloomberg in the race:

New Polls Show Bloomberg Candidacy Would Flip More States To Blue
By Eric Kleefeld - June 20, 2007, 5:18PM
A new batch of polls just out from SurveyUSA provides us with the first detailed snapshot we have yet of the state-by-state effect a Bloomberg candidacy would have on the 2008 Presidential race.

Bottom line: Bloomberg’s impact depends entirely on who the Dem and GOP nominees are, but it’s clear that in more cases, his entry actually flips the states from red to blue than the other way around.

I hope he does run! He will take votes away from Hillary.

Wrong. He will split the independent vote and ensure that Hillary is elected. He is going to campaign as center-right, non-partisan, end-gridlock, fiscal responsible independent.

Again, his agenda is to split the independent vote so Hillary can win with 43-45% of the popular vote.