Gala concert devoted to the 1160th anniversary of Russian statehood

Vladimir Putin made a speech at a gala concert marking the 1160th anniversary of Russian statehood.

Today, we are marking the 1160th anniversary of Russian statehood. I would like to congratulate you on this momentous historical date that is of key importance for Russia.

Veliky Novgorod, Rurikovo Settlement, Staraya (Old) Ladoga and Izborsk are the cradle of Rus, the source of our civilisation and our state, our culture and education.

It is from here, from the north, that the guards of the first Russian Rurik dynasty started their campaigns, that merchant caravans travelled – “from Varangians to Greeks,” and that Rus, Europe’s largest state at that time, was created. It united Slavic, Finno-Ugric, Turkic and other tribes. It gathered them under its strengthening wings from Ladoga and Baltic, Novgorod and Pskov to Kiev and Chernigov, Azov, the Black Sea and Crimea.

During more than a millennium, our statehood has lived through many eras, including cruel enemy invasions, disunity and the tragedies of feuds, but each of these difficult periods invariably ended with the revival of the Fatherland. The heroic generations of our people overcame difficulties and adversities, withstood the trials. They created and expanded the grandeur of our Fatherland and covered their names with glory.

We remember and cherish these truly outstanding people: Rurik and Prophetic Oleg, Princess Olga and Svyatoslav Igorevich, Prince Vladimir and Yaroslav the Wise, Vladimir Monomakh and Alexander Nevsky, Dmitry Donskoy and Sergius of Radonezh, Ivan III and Ivan the Terrible, Yermak, Minin and Pozharsky, Dezhnev and Bering, Peter the Great and Catherine the Great, Lomonosov and Pushkin, Suvorov and Ushakov, Alexander II the Liberator and Alexander III the Peacemaker, Brusilov and Denikin, Zhukov and Rokossovsky, Kurchatov, Korolev and Gagarin.

These and many other of our compatriots were larger-than-life, complex and occasionally controversial historical figures. Some of them saw Russia’s future differently and were even on the opposite sides of the barricades. You know, when drafting this text, I scribbled in and crossed out names like Nicholas II, Lenin, Stalin. Apparently, not enough time has passed since then from a historical point of view for us to give comprehensive and objective assessments that are free from the pressure of ongoing political developments.

However, all of them, including statesmen, workers, warriors, pioneers, scholars, ascetics and saints and, most importantly, all our people made Russia a great global power and determined its future.

To reiterate, it all began here, in Veliky Novgorod, and Novgorod’s Cathedral of Saint Sophia, just like other ancient Russian cathedrals, will forever remain a sacred symbol of our historical unity. Modern Russia is the heir to Ancient Holy Rus, just as it is the heir to the Tsardom of Muscovy, the Russian Empire and the Soviet Union, which were the great eras of our uninterrupted thousand-year history that we are proud of.

Today, as we peer into the depths of the past centuries, we realise that we must not only preserve, but also carry on with dignity the traditions of our ancestors, that each of us has an enormous responsibility for Russia, for protecting and strengthening our vast country, our beloved Motherland.

For centuries, Russia has been built as a home shared by people of numerous ethnicities and different religions. Our brotherhood packs the powerful energy of harmonious, independent and authentic development.

No one will ever be able to ban or cancel our unique civilisation and rich culture, just as it is impossible to rattle or even less so to destroy the values ​​that make Russian society one and make us one big, united nation.

These values embrace loyalty to truth and justice, respect for the family, love for children, a solid foundation of traditional values ​​such as mercifulness, compassion and mutual assistance, and the desire to make life good not just for yourself but for everyone, for the entire country, for all of Russia and, in the face of a common threat, to stand together as one “for one’s own friends” and for the Fatherland.

Being a patriot is the essence of the nature and character of the Russian people. Our heroes, our soldiers, officers and volunteers are displaying exactly these superior human qualities in the course of the special military operation. They are fighting courageously, shoulder to shoulder, as brothers for the sake of saving the people of Donbass, for the sake of peaceful skies over our children and grandchildren, for a homeland that will always be free and independent.

For 1,160 years now, we have firmly learned that for Russia it is mortally dangerous to relax its sovereignty or renounce its interests even for a limited time. Russia’s very existence has come under threat during these times.

They can no longer expect us to make these mistakes. We will not succumb to blackmail or intimidation, and we will never betray or lose our sovereignty. By strengthening it, we are developing our country.

Sovereignty is the guarantee of freedom for everyone. According to our traditions, nobody can feel truly free if his people, his Fatherland, Russia, the homeland is not free.

Responsible and strong power in our state is serving and will serve only the people of Russia. This support for the key issues on the domestic and foreign agenda can guarantee the successful, safe development of our country as one of the centres of a fairer multipolar world that is now taking shape.

We are on the side of open, honest partnership. This is our firm position and based on this we will build our relations with anyone who shares our ideals of equitable, mutually advantageous cooperation.

Being part of a diverse Russian civilisation means happiness, but, let me repeat, it also means responsibility and duty. Our civilisation is distinct. It has its own path and there is not a bit of arrogance or a feeling of superiority in this. This civilisation of ours – this is what’s important to us.

And we will fight for our Fatherland, our homeland of which there is only one, for our independence and sovereignty, for our culture and traditions. We will uphold and defend this in the name of our ancestors and our descendants, for the sake of Russia, its great history and its great future.

My congratulations to you.

All the best. Thank you very much.

This is why the ethnic Russian provinces are voting to ditch Ukrainian rule, it’s been happening for 8 years.

Why bother translating it into English? I’m sure your fans can read it in the original Russian just fine.

Yes. The current Russian government came into existence in 1990-1991.

Makes sense, the Founding Fathers viewed themselves as British, but the Crown did not adhere to British Legal Tradition.

Therefore we date back to the 11th century.

(We are the second oldest representative Republic after Iceland, with their parliament being established in 930. Kind of odd how these things originated from European culture, somehow as if “democracy” was invented in the West. Odd.)

How about the 6-8 million Ukies that fled Ukraine into Poland? A huge amount were Ukie males, even the Kiev Mayor is on record pleading with Ukie males to stop leaving Ukraine, and the Polish Ukie border was manned by soldiers to stop the drain….that said, I don’t see Russia drafting 18-60 year old men, and now woman.

Get back with us when Vlad starts conscripting old men and woman.

We got a regular Noam Chomsky here.

But wait, Ukraine was forcibly integrated into the pan Russian Soviet Union in 1922. The Soviets made the Ukranians speak Russian or else it was off to Gulag.

How’s the weather in Moscow?

There are quite a few here on FR liks you who obviously defect as you did when people bring up unendimg neocon interventionism and you no doubt support Pelosi and Adam Schiff rushing over to shake Zel’s hand and express their support for him, support Soros/Kllaus/WEF being tied to the hip of Zelensky, support the Obama regime’s involvement in the 2014 coup to overthrow a legally-elected Ukrainian govt, etc, and are never seen challenge their policies concernimg Ukraine nor explain supporting a libtard like Zelensky.

You have to prove your conservative bonafides by showing you are against them and by posting how.

And these infiltrators like you never declare we need to stay out of this, that we need to defend our own borders, not send them tens of billions we don’t have, etc.

Democratic Senator Chris Murphy of Connecticut is worried that if the GOP takes over either house of Congress in the midterm elections, that will spell the end for funding the war in Ukraine. Journalistic servants of empire Paul Waldman and Greg Sargent dutifully repeat Murphy’s words in the pages of the Washington Post, raising the alarm and fearmongering about the calamitous lack of war that might ensue if Republicans win an electoral victory.

I like what a person said in the comments: “if you don’t vote for me, we’ll waste less money on proxy wars” ~ Dumbascrap politician [i.e., Zelensky, Biden, Pelosi, etc, etc]

All of these neocons on FR types who love Zelensky even though he’s tied to the hip with libtards like Biden, Pelosi. Soros, Klaus, will love Cheney’s attack against Fox News.

Around 70,000 people protest against government in Prague over rising inflation

Lots of other recent protests in Belgium, France, etc, and Italy may drop sanctions on Russia as they’re devastating Europe.

What’s the reply to this from the elite in Europe who.could care less about the little people?

Moscow became the ruler of the rus by burning down Veliky Novogorod. That’s what Ivan the terrible did.

And 1160 years ago was not Russia, it was the collection of states called Kievan Rus, founded by Vikings.

Moscow was founded as a village under the state of Vladimir-Suzdal, one of the Rus statelets.

It’s Duke made a deal with the Mongol khaganate to become the tax collector for the great Khan. That’s how Moscow gained power.

The Grand duke of Moscow became the inheritor of the Mongol khaganate by conquering the Khanates of Kazan, etc.

Russia as a distinct entity dates only from the time of Peter the great in 1700.

Democracy as in rule of the demons ie people was also there among hunter gatherers, in northern India states .

Just like Athenian democracy or phoenician or roman, these were Oligarchies not democracy. The elite ruled, not the common man.

The common, not land owning mass only got tye votes in the west in the late 1700s to 1800s

Dalta “How about the 6-8 million Ukies that fled Ukraine into Poland? A huge amount were Ukie males, “ 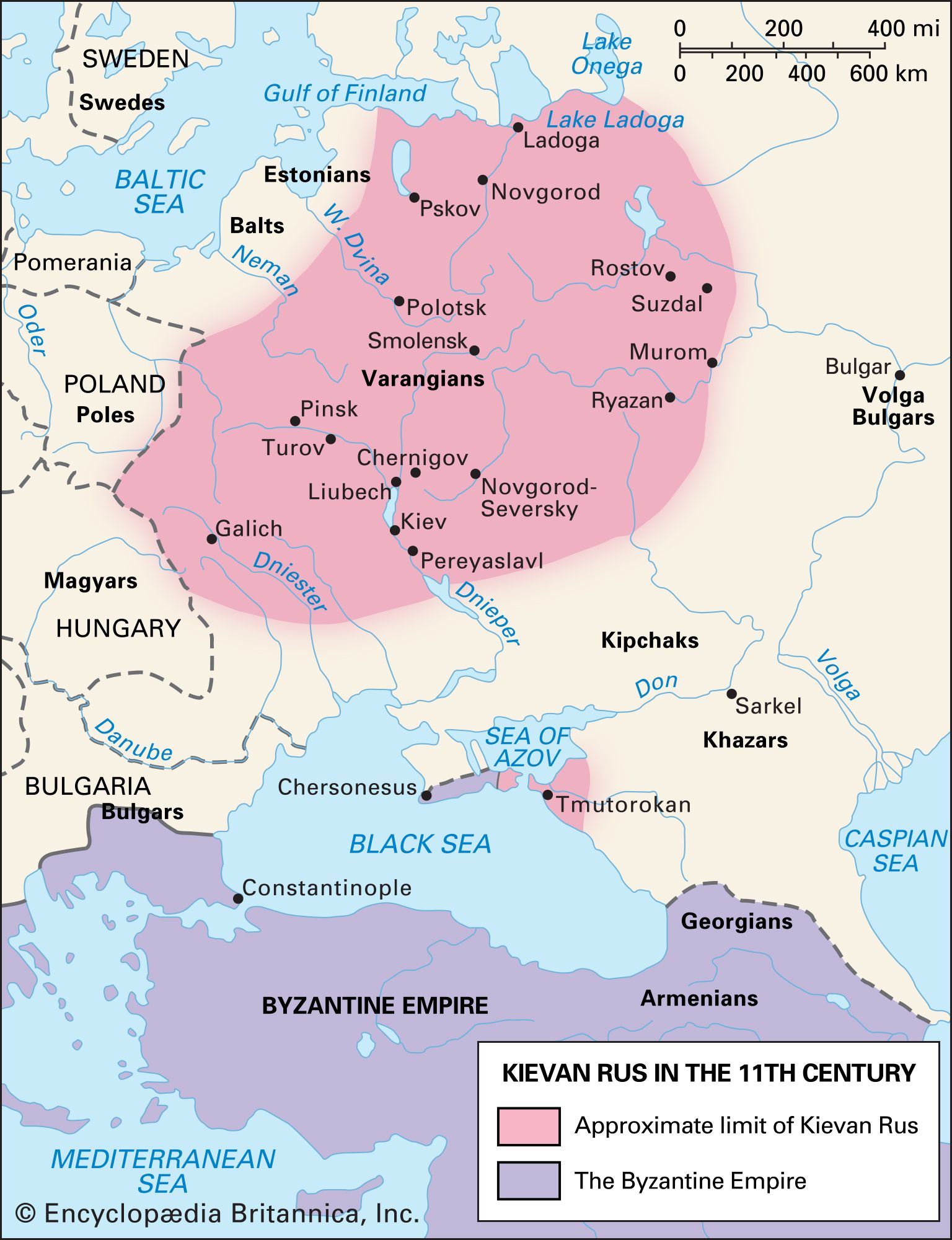 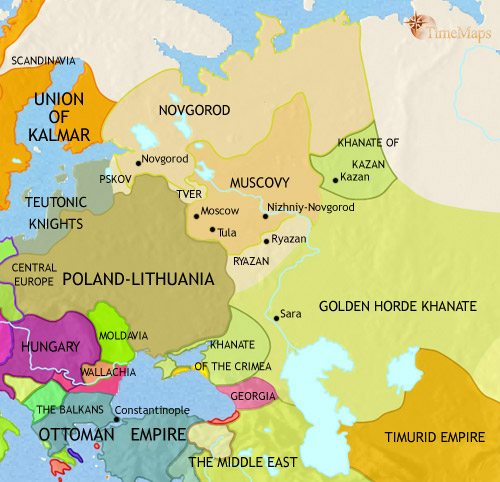 "Russia" is a misnomer -- in fact in the early 1700s there was a move to name the country after Peter the great. He was initially called "the Tsar of all the Russias" --> note the "all the Russias" or "All the Rus" - meaning there was no one "Russia"

HE IS NUTSKY.......doing a pretty good job himself of cancelling his own culture.

Does Pooty realize he is fighting the New World Order liberal fascist Superman of Cancel Culture himself, Joseph “The Cheater” Biden, the glorious Ultimate Stink, the farting paladin of Klaus Schwab and his liberal fascist scions , like Canada’s Drama Teacher, Justin Trudeau?

Pooty is going to need his nukes. And we all need to stock up on iodine tablets.