An alarming amount of Democrats, as Scott highlighted, support strict government action against the unvaccinated, according to a recent poll from the Heartland Institute and Rasmussen Reports. That desire for such force against unvaccinated citizens has been extended to the mainstream media with a January 15 editorial from The Salt Lake Tribune calling on Gov. Spencer Cox (R) to activate the National Guard to prevent unvaccinated Utahans from participating in society.

That's actually what it says:

Were Utah a truly civilized place, the governor’s next move would be to find a way to mandate the kind of mass vaccination campaign we should have launched a year ago, going as far as to deploy the National Guard to ensure that people without proof of vaccination would not be allowed, well, anywhere.

The paragraph in question is third to last in an editorial that is whiny and unbearable even before then. "Utah leaders have surrendered to COVID pandemic, the Editorial Board writes," is the headline they went with.

Such a dangerously absurd call was quickly exposed and called out over Twitter.

The Salt Lake City newspaper wants the Utah national guard to not allow unvaccinated people to leave their homes. This is mindless, anti-science insanity — omicron is infecting everyone — but these “journalists” are demanding totalitarianism. And they think they’re the good guys. pic.twitter.com/BYoskGNQ5R— Clay Travis (@ClayTravis) January 16, 2022

The @sltrib editorial board demands Utah governor use the National Guard to prevent unvaxxed from going outside.

A national newspaper is openly calling for the military to be used against Americans.

I think we should deploy the National Guard to shut down corporate media outlets that spread terror and misinformation. We can start with you guys.

Just kidding, this is America -- we should not use the military to shut down disagreement from our fellow citizens. Are you insane?— Christina Pushaw ?? (@ChristinaPushaw) January 16, 2022

Did anyone have “Tribune advocates for fascism” on their 2022 Bingo card?— Dr Sebastian (@EcoloPsych) January 16, 2022

I’m more worried about people who believe insane things like this than I am about COVID. https://t.co/KvpmpHqPN9 pic.twitter.com/SUydF08hxR— Aaron (@_AaronRyan) January 16, 2022

It's also worth highlighting that the excerpt The Salt Lake Tribune's tweet went with, included below, is misleading:

Government officials, mostly but not exclusively Republicans, were apparently determined not to be caught governing in the face of this challenge. Any move or recommendation to mask up or, when safe and effective vaccines became available, to make vaccination a requirement of admission to public places and society in general was shouted down as an unwarranted imposition on individual freedoms.

To be clear: Gov. Cox and I have always pushed for ppl to get vaccinated as the best way to keep from getting sick, stay out of the hospital, and not die from COVID. If you’re not, please get vaccinated. Omicron is infecting vaccinated ppl but vaccines are still the best defense.— Deidre Henderson (@DeidreHenderson) January 15, 2022

It has consistently been the position of Republican officials to yes, speak about "individual freedoms" as a reason to come out against vaccine mandates, but also to encourage people get vaccinated as the best defense against the Wuhan coronavirus. One can see that very form of encouragement above in Lt. Gov. Henderson's tweets.

The editorial even goes on to acknowledge that, but then utterly dismisses the idea of encouraging something because it doesn't force someone to do something:

Cox and others have correctly said that the best tool for fighting the spread of the virus, individually and collectively, was to get two — then three — doses of the vaccine. That is absolutely the correct advice.

But Cox and so many others have not carried the courage of their convictions. Cox, state legislative leaders, our congressional delegation and Utah Attorney General Sean Reyes have so proudly stood against the kind of vaccine mandates that civilized society has used for generations to effectively wipe out everything from polio to diphtheria to the measles.

Gov. Cox on January 6 posted a video message to his website, "GOV. COX PLEADS WITH UTAHNS TO GET VACCINATED, BOOSTED."

The statement goes on to read in part that "The Editorial Board pretends to have all the answers, disparaging a proven safe and highly effective Nobel Prize-winning drug by calling it a “horse de-wormer”, in effect giving (bad) medical advice. They manage to echo the level of hate and bigotry that sounds more like 1933 Nazi Germany, as Hitler took over, than present-day Utah – the state that “keeps the American dream alive.” We cannot allow this thinking to enter our society. The Salt Lake Tribune must apologize to the people of Utah and reign in these board members before their infection spreads worse than the pandemic we are already fighting."

Utah was involved in a lawsuit against the Biden administration's vaccine mandate that would have used Occupational Safety and Health Administration (OSHA) to force private employers with 100 or more employees to have vaccine or regular testing mandates.

Last Thursday the U.S. Supreme Court blocked such a mandate in a 6-3 ruling.

It has now reached the level that you just don’t have a sharp
witty comment to fit the situation. We actually passed that
months ago, if not years.

So they want to bring out the military against our own
citizens, but don’t give a _ if illegals enter the nation
and spread COVID coast to coast.

How Christian of them. 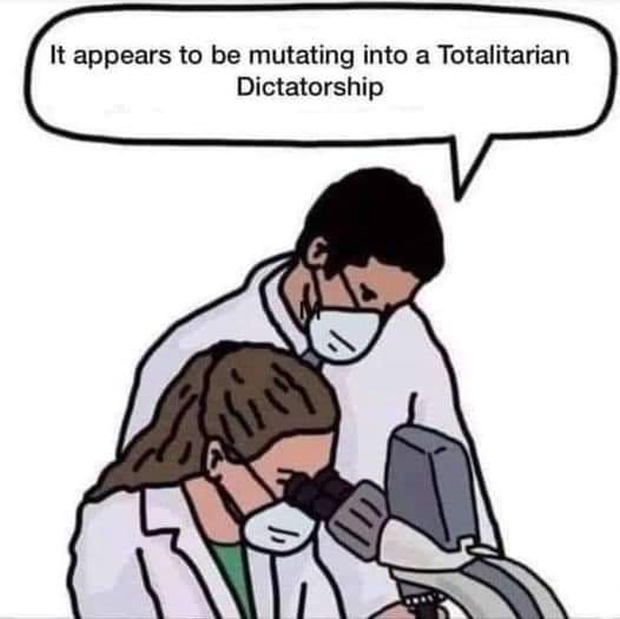 Only the evil or insane would make them mandatory.

Not something they care about.

The very real risk of vaccine injury FAR outweighs any small benefit of whatever vaccine and booster they’re pushing coming down the pike. NO THANKS!!!

Someone asked earlier how Utah continues to elect and support Romney...they are all clearly insane. And how many nn-Mormons sit on this editorial board?

I’m sure glad newspaper editorial boards are looking out for the best interests of all of us.

How noble, how selfless.

Outrageous and off the deep end.

The vax jabs are NOT 99% protection guarantees against catching anything.

And are not even proven effective at stopping contagion to others, vaxed or unvaxed in the vicinity.

They are trying to say children and adults without the shots are spreading it to others (but they HAVE shots so they shouldn’t worry, right? Unless the shots don’t work.) We take a dog to get shots and the vet does not say “Fido will probably catch distemper and rabies. They are all over the place so get used to it. Shots are not a guarantee.”

And for kids with Salk polio vaccine: “Get the shots but they will still get polio sooner or later. It’s all around us now. Some will be disabled for life and others will die.”

Remember what happened to propagandists and collaborators after ww2. Just say’n

We have 2A for a reason.

And someone should ID these pukes.

“Editorial Board of Salt Lake Tribune Calls for Governor to Use National Guard Against Unvaccinated...”

Editorial board seems to have mysteriously disappeared.

Doesn't the media always hold themselves up as these saintly defenders of our freedoms? What a load of BS.

The state that gave us romney now wants to start up the trains...
A truly demented state

Going to get those Mormons in the mood for another Mountain Meadows event.

How is it that these jobs are given to clowns like this?