For millions of Americans, the issues around racial, cultural and ethnic identity are complicated. There are broad debates about how best to describe Americans of Spanish-speaking, Latin American descent (is it Hispanic? Latinx?), and endless choices reflect self-identification preferences.

Claiming Hispanic, Latino or Latinx identity is a matter of personal choice. As the Pew Research Center said in a 2020 report: "Who is Hispanic? Anyone who says they are."

But a recent controversy illustrates the tension between identifying as part of a group and being accused of appropriating an ethnic or racial community.

Until January, Natasha Lycia Ora Bannan was known as a prominent Latina civil rights lawyer in New York City. She was active in social justice organizations and the recipient of prestigious honors. She was senior counsel at a leading Latino advocacy group, LatinoJustice PRLDEF, and president of the National Lawyers Guild.

She contributed to anthologies of Latina writers and published articles on a Latino website, and in 2017, she appeared in a video for Voice Latina, saying she was a "cultural mix of Puerto Rican, Colombian, Italian and some other." Earlier, in a 2015 video, she mentioned dancing salsa while visiting family in Colombia.

Then the online news site Prism Reports alleged that Bannan was not Latina.

According to Tina Vásquez, a senior reporter at Prism Reports, historical records showed that Bannan grew up in Georgia and was of Italian, Irish and Russian heritage. 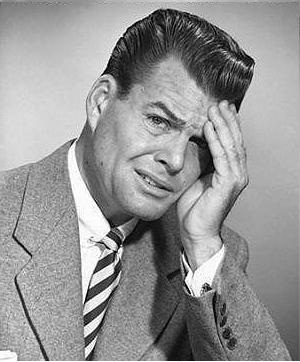 I’ve identified as Latina since I was three. That,of course,would make me one. In fact,I’ve had my birth certificate changed.

Anyone screwed because they don’t self-identify as anything other than American...?

The left cares about appropriation?

Latino is an ethnic not genetic classification. Anyone can be Latino, from blonde blue eyed pale f
Skins to charcoal black and everything in between.

Being English or French is the same. Idris Elba is an Englishman just as much as Daniel Craig. Sarkozy’s, zidane, etc, are all French.

The USA needs to move to economic classification to level opportunities.

Here’s a better. Identify as American. The left created these “identities” to divide the country and destroy it. It’s working.

It’s wrong to ask one’s “identity” on census forms and applications of any kind.

8 posted on 02/28/2021 4:47:58 AM PST by I want the USA back (The nation is in the grips of incurable hysterical insanity, as usual.)
[ Post Reply | Private Reply | To 1 | View Replies]
To: Oldeconomybuyer
Ethnically my wife and kids are moreno Latinos/as. Practically they are conservative Trump supporting American patriots.

How does that race divide BS taste right now, lefties?

..l Anyone screwed because they don’t self-identify as anything other than American...?

Or better, Child of God, who’s worth is completely defined by The Creator

* I get we are technically a minority, but we don’t get free stuff.

You win the thread!

Italians have a much better claim to “Latino” (from latin, the language of Rome) than some mestizos.

My neighbour once made me an honorary Mexican. Does that count?

Exactly. If you are an American citizen, you are American. The only ones that want people separated by groups are the ones that want to create distrust between the groups.

Reading a book on people who are born in 1 country but raised in another, they had a general formula of how people will identify. When you ask someone, “where do you consider home?” People will generally choose the place where they spent the majority of years between ages 11-18 (maybe 12-18). My wife was born in the US but her parents were missionaries in South America. You ask her where is home, she says she is Latin and from Ecuador. Other Latinos even recognize her as more Latin and US American. But outwardly she is white with blonde hair and blue eyes.

Does her Italian ancestors who spoke Latin qualify her as a Latinx?