"The View" co-host Meghan McCain said Monday that liberals like Katie Couric and others who had called for the "deprogramming" of some Donald Trump supporters could "go to hell."

McCain said she thought there would be a stronger desire for unity from Democrats in the aftermath of President Biden's election win, but she said the language from liberals had been more concerned with dehumanizing Trump supporters, which she called dangerous for Democrats and the country. Couric and several others, including McCain's "The View" colleague Sunny Hostin, have referred to Trump backers as "brainwashed" or in need of "deprogramming" in the past two weeks.

Now they are going to save us!

F that two-faced slob Cindy McCain and the GOP.

Is that the same Katie Couric that’s trying out for the Jeopardy host?

No Submission, No Peace.

We will have fight these liberal fascists sooner or later.

I guess Meghan has chosen sooner.

Sorry, Meghan; but you’re been walking on the Dem side for quite a while. No one is listening to you, from EITHER side.

How do you ‘deprogram’ people, short of locking them up somewhere and - figuratively or actually - beating them over the head?

(Or is this just code for astoundingly unAmerican actions of coercion, like ‘cancelling’ and other forms of discrimination against people who simply happen to think differently?)

Leftists are so damn ‘tolerant’.

She so crazy. Her dad would have agreed with them too.

McCain said she thought there would be a stronger desire for unity from Democrats in the aftermath of President Biden’s election win...

It is sad that it’s taken this long for some people to
realize the nature of leftists, and at such a price to
a free people.

Where were you before Meg? Where your father?

Let's have this deprogramming discussion and compare notes...and see whose views of life are more closely associated with reality.

And whose are not.

Who is it who believes in the "I am a princess" fairy tales here?

This deprogramming discussion is one we need to have.

For that I give Meghan a lot of leeway especially when her co-host get butthurt while she defends traditional/ecomonical concepts.

It’s true. From a publication:

“The former Today anchor is one of the guest hosts. The LA Times reported that the journalist will take over a full week of episodes.”

Unbelievable, huh? Does Jeopardy management have a death wish?

What’s she talking about?

She’s been telling us to go to H, as sure as I’m sitting here.

She hates Trump. She hates his followers.

Is she that delusional, that she thinks we don’t know?

In the 1930’s,Margaret Sanger had a PLAN FOR PEACE..On this plan she had millions of people(she had a list),who would be forcibly taken to farms to live the rest of their days like that... The unemployed,hookers,druggies and if you couldn’t read or write she wanted you there ,too.Take the list to DC today and you could get rid of most of the population..That was what she wanted..To get rid of most of the population....

Tell any and all. 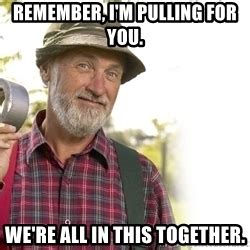 Yes the same. I sent a short email to Jeopardy asking them to reeducate Katie before she hosted the show. Asked if they want a host that was elitist and condescending to people that think differently than her.

I’m glad Meghan said what she did. At least it brings attention to the hostlity, hatred and depths of depravity that the left is capable of.

Meg, Meg, Meg,
Their definition of ‘unity’ is Pubbies folding and crossing the aisle to aid and abet the Dems.