Obama’s corrupt “wingman” AG Eric Holder lashed out at investigative reporter Paul Sperry this week and told him to ‘shut the hell up.’

Sperry also exposed the left-wing federal prosecutor who let McCabe off the hook.

McCabe was let off the hook by the feds even though he admitted lying to investigators.

“We write to inform you that, after careful consideration, the Government has decided not to pursue criminal charges against your client, Andrew G. McCabe,” prosecutors J.P. Cooney and Molly Gaston wrote to McCabe’s lawyers. “Based on the totality of the circumstances and all of the information known to the Government at this time, we consider the matter closed.”

“Molly Gaston, the asst US Attorney who signed letter to McCabe’s lawyer informing McCabe she was closing criminal case against him, is Democrat who’s given thousands to Dems including Obama & who once worked for Dem side of House Oversight & whose mother worked for WaPo,” Paul Sperry said.

“Why don’t you shut the hell up. Your bias is showing. I bet you’ve never been a prosecutor or have any idea how DOJ works. People like you-who want to use the justice system for political reasons-are both dangerous and ignorant. The case was-like you-an obvious loser,” Eric Holder said to Paul Sperry.

Americans are fed up with the two-tiered justice system.

Roger Stone was sentenced to 40 months in prison on Thursday by a radical Obama-appointed judge for process crimes stemming from Mueller’s witch hunt.

Stone was charged with lying to Congress and obstructing justice.

But it’s only a crime when a Trump supporters does it.

McCabe is guilty as hell. Eric knows it. All of his homeys know it too. He can’t handle the truth. Thanks Jack.

These Obamunists thought they could bamboozle have the nation into loving them while intimidating the other half from criticizing them.

Eric Holder gave GANG BANGERS in Mexico guns that they used to murder innocent people, including a border patrol agent..this schmuck has blood on his hands

This is coming from Fast and Furious Holder.

I would add those who scream the loudest have the most to hide. 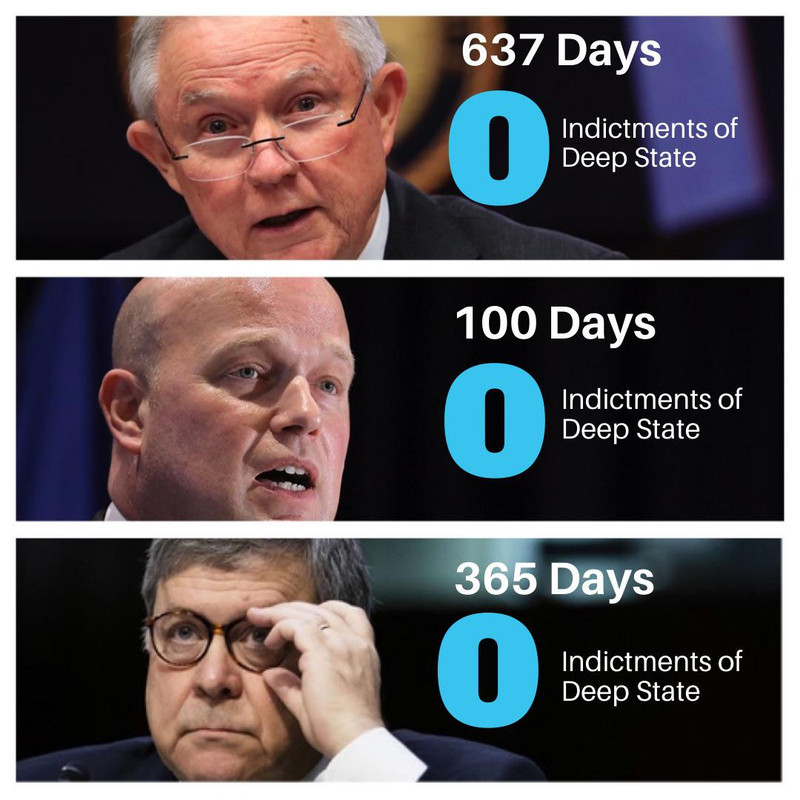 Doesn’t Barr have to sign off on the cases dropped? Or doesn’t he care that his force is still filled with Leftist political hacks who happen to have their JDs.

10 posted on 02/20/2020 5:23:38 PM PST by originalbuckeye ('In a time of universal deceit, telling the truth is a revolutionary act'- George Orwell..?)
[ Post Reply | Private Reply | To 1 | View Replies]
To: Enlightened1
People like you-who want to use the justice system for political reasons-are both dangerous and ignorant.

The narcissistic hypocrisy is staggering.

Holder was released from prison?...oh,...wait.

No justice, no United States of America.

‘
Barr figured out its easier to take on Trump than the FBi, DoJ, State, and the Senate.

Keep prodding, what can it hurt?
The Senate will not give approval to nomination of anyone who will openly go after the swamp.

We don’t know what is going on, the problem is that it leads to wonder if anything is going on at all.

Just to note that Eric Holder is a partner in the law firm of Covington & Burling, a leading Demo firm in DC. Two of Eric Holder’s partners at the same law firm initially represented Gen. Flynn who obtained not so good results at trial, and have now been replaced.

Poor Mayor MacCheese is being tweet stressed letting all the criminals get away! Trump needs to fire his fat ass. Utterly worthless! He showed promise like Jeff Sessions did, then Al Frankin exposed him for the deep state jerk off he was. Letting McCabe go is the telling moment that Barr is deep state!

The players of the DC Divide & Control Power Center of THE CRIMINAL STATE remain free.

Fine. You start doing the prosecuting then.

If you think it’s so easy.

‘
James Comey, the head of the FBi, said AG Loretta Lynch was compromised.

‘
James Comey, the head of the FBi, said AG Loretta Lynch was compromised.

Acting AG Sally Yates signed FISA, yet testified to Congress that she knew of no interception of Communications or Tapping of the Trump Campaign / Administration!