The author of “Secret on the Tarmac” revealed new details Monday about the secretly held 2016 meeting between former President Bill Clinton and Attorney General Loretta Lynch.

“We knew something had occurred that was a bit unusual. It was a planned meeting. It was not a coincidence,” journalist Christopher Sign told “Fox & Friends" about the explosive meeting that cast a negative light over the FBI's investigation into Hillary Clinton's use of a private email server while she was secretary of state.

At the time, then-candidate Donald Trump criticized Bill Clinton via Twitter for potentially trying to interfere with the investigation.

Trump had publicly questioned the meeting at Phoenix's Sky Harbor Airport, after which Clinton and Lynch claimed the conversation centered around their grandchildren. The meeting occurred just days before the FBI decided it would not recommend criminal charges against Hillary Clinton.

"Does anybody really believe that Bill Clinton and the U.S.A.G. talked only about 'grandkids' and golf for 37 minutes in plane on tarmac?" Trump asked via Twitter at the time.

Sign said: “[Secret on the Tarmac] details everything that they don’t want you to know and everything they think you forgot, but Bill Clinton was on that plane for 20 minutes and it wasn’t just about golf, grandkids, and Brexit. There's so much that doesn’t add up."

He said that his source who was there outlined that when Clinton arrived at the airport, he was waiting for Lynch.

“He then sat and waited in his car with the motorcade, her airstairs come down, most of her staff gets off, he then gets on as the Secret Service and FBI are figuring out ‘How in the world are we supposed to handle this? What are we supposed to do?’” Sign said.

Remember, it was all 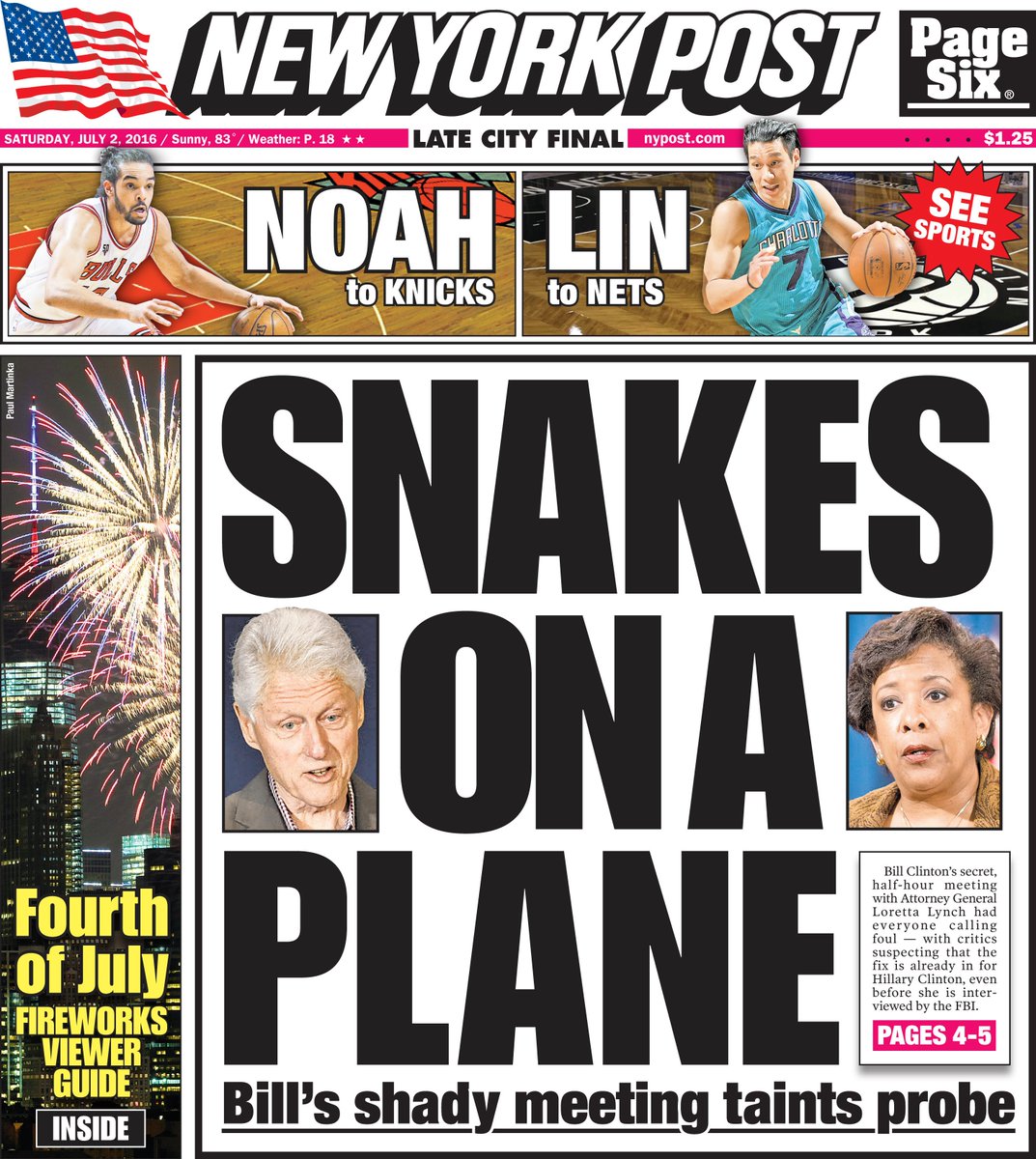 9 posted on 02/17/2020 9:40:44 AM PST by SunkenCiv (Pilloried, or maybe just killed and thrown in the Atlantic.)
[ Post Reply | Private Reply | View Replies]
To: blam
'Explosive' = A fart in a hurricane. It'll be forgotten by the time the next coronavirus infection is reported.

Dan Bongino talked about this “chance” meeting on the tarmac, and as a Secret Service person who had to plan itineraries, he said there is no way, simply no way on earth that kind of “chance” encounter happens due to the way planning has to take place for Presidential travels.

Of course, you don’t have to be a Rhodes Scholar to see on the face of it that a “chance” meeting between those two would be about “Grandkids and Golf”.

Leftists readily swallow all of that, but given that they wholly swallow things like the Soviet Union, Cuba, and Venezuela, it wouldn’t be a surprise that they swallow it.

If you go to the Fox site, there’s a link there to a Juan Williams response, saying that Barr’s DOJ involvement in the Stone case is proof of hypocrisy with regards the tarmac meeting. They are hardly comparable, but to Juan they are.

Who was the president in this encounter?

It was obvious what happened, and what was fed to the press was a lie. We knew that.

Bam, lynch and the clintons need to be in jail.

Why is he still there? He was Ailes’s charity case, his lawn jockey. Shouldn’t Juan be pining at Roger’s grave site?

Doesn’t make any difference whether Clinton was the active President or not, Secret Service is still involved in it.

The reporter who brought this meeting to light deserves a dozen Pulitzers!

I hear this on Fox and Friends this morning. Still haven’t heard ANY tidbits that are interesting. Can’t believe he never said anything this morning that gave us something to hang onto.

The Commie media called this meeting “Unfortunate” remember that..they called it UNFORTUNATE..meanwhile they want to impeach Trump for TWEETING..yeah TWEETING, not doing anything wrong, just sending out a tweet of disgust and OMG ITS TERRIBLE..meanwhile Dems can do what Clinton/Lynch did and its “Unfortunate”