Sometimes when prosecutors appeal to jurors to do their duty, it works. Other times, it backfires. For impeachment manager Jerry Nadler, it went up in flames. It turns out his condemnation of the senators during the Trump impeachment trial didn't just earn him an admonition from Chief Justice John Roberts. It may have cost him a swing vote.

During his remarks in the Senate on Tuesday night, Nadler alleged that any senator who voted against a measure to allow additional witnesses was guilty of a White House "cover up." It was an incendiary and outrageous claim that was soundly rejected by the next man at the podium, White House counsel Pat Cipollone. Cipollone turned to Nadler and said that if "anyone" in that room should be "embarrassed," he should look in the mirror.

“I took it as very offensive. As one who is listening attentively and working hard to get to a fair process, I was offended,” swing-vote Lisa Murkowski said tonight of Nadler’s presentation last night and his accusation of a GOP coverup

Good luck getting her back in your good graces, chairman.

Other impeachment managers did a fine job of defeating themselves. The lead impeachment manager Adam Schiff kicked things off by canceling his argument when he suggested the Democrats have overwhelming proof that Trump is guilty...but they need more evidence.

This was before Rep. Zoe Lofgren (D-CA) confusingly explained to the room full of jurors that the House "did its job," but they still need to see and hear more evidence.

What would we expect from a sleazeball?

There’s a reason why Pelosi appointed a bunch of misfits from safe Democratic districts to lead this charade. I’m sure Democrats in swing districts are already prepared to throw these jerks under the bus when the whole thing goes up in flames. 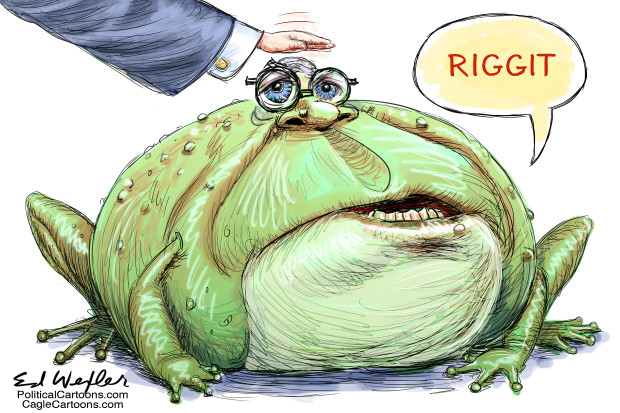 “Being offended” doesn’t mean anything.

You can’t conclude that she changed her mind on her vote.

Exactly. It means nothing.

Murkowski must be enjoying all the attention she is getting.

These people are plain weird.

10 posted on 01/23/2020 8:26:16 AM PST by 1Old Pro
[ Post Reply | Private Reply | To 9 | View Replies]
To: SeekAndFind
"...the Democrats have overwhelming proof that Trump is guilty...but they need more evidence." Those Americans and those around the world watching know there is nor ever was evidence of any sort to merit impeachment of this POTUS. However, we do have an enormous amount of evidence showing the Democrat/Socialists desperately trying to overthrow their duly elected Republican President.....soooo 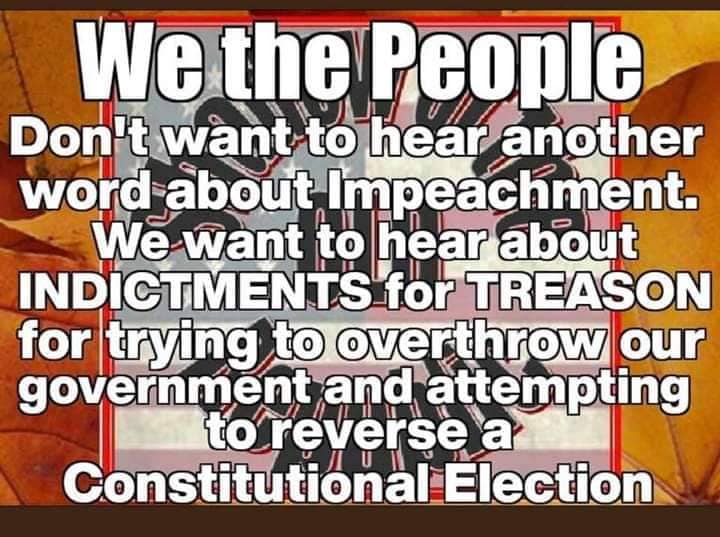 Rand Paul said there are 45 republicans ready to vote to dismiss right now.

I am taken back to the past… in 1954, Joe McCarthy’s House UnAmerican Activity Committee had relentlessly looked for Commies everywhere. (It found a lot of them, but McCarthy destroyed a lot of lives of innocents along the way.) During McCarthy’s relentless attacks, one defense lawyer finally lost it, snapping,: “Until this moment, Senator, I think I never really gauged your cruelty or your recklessness. Let us not assassinate this lad further, senator. You have done enough. Have you no sense of decency?”

She has voted republican every time.

Nadless has a real “gift” for persuasion. He has such “gravitas”.

It is plainly obvious that Nanzi selected the best minds in her caucus as impeachment managers...

She is not going to vote to kick trump out of office. That’s absurd. In fact, I predict the vote total will be 56-44 at the least. 3 Dems will vote with republicans at least.

LOL, and how on earth do you KNOW it “means nothing”?

Do you read minds or are you indulging in wishful thinking?