Kamala Harris was one of more than 20 Democrats hoping to challenge President Donald Trump in 2020. She has a 100-percent pro-abortion voting record and voted against a bill to protect newborns from infanticide. And she told voters she would force Americans to fund abortions up to birth.

But the California senator decided to drop after today after lackluster results, a low polling and fundraising standing, and the inability to make it to prime time debates.

Hours before Harris announced she was exiting the Democratic primary, her campaign canceled a New York City fundraiser that was expected to have a number of wealthy bundlers in attendance. At the time, Harris’s team said the cancellation was because of a “personal matter” and offered no further explanation.

In November, she closed down her entire New Hampshire campaign operations, in a bid to shift all her resources to the Iowa caucuses. Weeks earlier, Harris fired dozens of staffers from her campaign headquarters in Baltimore, Maryland. By the end of the third quarter, Harris’s campaign had the highest cash burn rate of any other candidate running for office, spending 122.9% of all dollars donated.

The California senator, 55, drew early comparisons to former President Barack Obama and his meteoric rise to the White House, not only for her background but also for the crowd of 20,000-plus people who attended her official announcement event in Oakland, California, in January. Between 15,000 and 17,000 people showed up for Obama’s launch in Springfield, Illinois, in February 2007.

Harris, whose father is from Jamaica and late mother was from India, experienced a surge in polling and fundraising following the opening debates in Miami in June after she confronted front-runner Joe Biden for touting his work with known segregationists over the course of his 36 years in the Senate and his stance on federally mandated busing in the 1960s and 1970s. However, the two-term California state attorney general and former San Francisco district attorney’s inconsistent performance on the campaign trail squandered that momentum.

For the majority of Americans who are pro-life, Kamala Harris’ staunch pro-abortion views were off-putting.

Harris wanted to make sure Democrat presidential primary voters knew she’s staunchly in favor of aborting as many babies as possible, right up to birth. Harris is so pro-abortion she told an audience that killing babies in abortions is something that should be declared “a priority.”

But Harris was caught exaggerating about the impact of not having abortion on demand. During a Democrat debate, Harris said it wouldn’t be an exaggeration to say “women will die” because of restrictive women’s health-care laws passed by Republicans in state legislatures.

Except it’s a huge exaggeration. Harris was solidly refuted when she made the false claim. And even the liberal Washington Post recently debunked the myth. In May, the Post fact checker found what pro-life advocates have been saying for years: that few women died from illegal abortions in the decade prior to Roe v. Wade, and a rise in the use of antibiotics appears to be the biggest factor in the drop in maternal abortion deaths, not the legalization of abortions.

In another debate, Harris criticized ABC panelists for not asking about abortion. The debate, she said, “was three hours long and not one question about abortion or reproductive rights.”

Harris has a long track record promoting abortion and has come under fire for calling a pro-life Catholic nominee an “extremist” simply because he is a member of a Catholic group. Harris is so extreme one abortion that she has received awards for her abortion advocacy.

I hate to ask how this works.

Do presidential campaigns have Visa and MasterCard accounts?

Do they otherwise buy goods and services on credit, even if not with credit cards.?

But if so, if they don’t get actual cash coming in, how do they ever pay their bills?

Maybe these questions are too crazy to think about.

Another of my predictions bites the dust. I was sure she was Obama’s chosen successor.

Another one bites the dust!!!!

So she has aborted her candidacy.Thank God for small miracles.

She was ever the mattress for her mentors.

That left her at the bottom with a Willie Brown tattoo.

The Kavanaugh hearings made America dislike her. 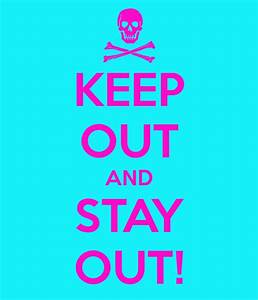 Will she be on her knees to get a Veep slot when the victorious candidate needs a “woman of color” on the ticket?

All these pretenders are losers.

She “aborted” her run for president?

Democrats don’t have to pay their bills—everybody knows that!