Actor and producer Isaiah Washington, who famously joined the anti-Democratic Party #WalkAway movement earlier this year, said Monday that closeted conservatives in Hollywood are “cowards” for not voicing their beliefs out of fear of being blacklisted. “I have a message for the Hollywood Actors DM’ing me and revealing that you’re Conservatives,” wrote Mr. Washington, best known for his roles in the CW’s “The 100” and ABC’s “Grey’s Anatomy.” “Don’t DM me again, because you all are lame and I don’t respond well to hypocrites or cowards,” he wrote. “You’re no different than the bystander that is waiting on the blood to spill from a martyr.” Conservative actors, including Nick Searcy, Dean Cain and Kristy Swanson, praised the tweet. Mr. Washington, a Green Party supporter, made headlines earlier this year after he joined Brandon Straka’s #WalkAway movement, which encourages people to leave the Democratic Party. Mr. Washington told Ben Shapiro’s The Daily Wire in April that he joined the movement “to support those who are just doing everything they can to stand on their own and say, ‘I don’t think this way.’ “ “I’m willing to have a town hall and I’m willing to have a dialogue that is not filled with nonsense that I think all of us are tired of, and even more tired of being used and exploited to pit our differences against one another,” the actor said at the time, days before he participated in a #WalkAway town hall in Los Angeles with Joy Villa, Jesse Lee Peterson, Angela King and Major Williams.

He’s a very good actor. I doubt any other conservative actors will “come out” .

Hollywood and academia today celebrates the Communists who loved Stalin and were blacklisted by industry boycotts while at the same time shadowbanning, demonetizing, and blacklisting conservatives from employment or video hosting.

Most wait until they have acquired FU money.

Calls out conservatives, supports the Green Party. Support Trump, then get back to us.

Exactly. This is no act of bravery. Going Green party he won’t be blacklisted he’ll just get a shoulder shrug.

Yeah but he’s a Green Party supporter, but at least he recognized being a Democrat supporter wasn’t to his best interest.

The most likely reason most closet conservatives haven’t followed his example is probably because many have bigger careers and much more to lose than this actor I’ve never heard of. He should get too haughty just yet.

I'll speculate that he's actually a coward who will vote "D" when November 2020 rolls around, if he thinks the election will be close. Otherwise, he'll give his meaningless support to the meaningless Green Party.

A lot of professional athletes may look and talk like Men of Action, but most remain conformists and team players in spirit.
Most want to fit in and be accepted by their immediate peer group. This may explain why Isaiah still drinks the Green Koolaid.

Years ago Washington got fired from Grey’s Anatomy for calling another actor on the show a f@ggot.

Not familiar with him, so I looked up his work.

He’s played some scary characters, for example, in this movie: https://www.youtube.com/watch?v=A8wcbHDpd0Y

I just watched that entire movie at the link. He plays the role of an evil man, but he is a very good actor.

He’s not supporting dems. His vote is one vote taken from dems.

Dems see that as a wasted vote and almost as bad.

He has and will catch flak for it.

He doesn’t have to think Our way, just think his way and not be afraid to.

It’s more courage than most show in hollywood these days.

And Dean Cain and other conservatives praised him so he must be onto something.

Look out Democrats when the Blacks wake up to how you have RUINED their LIVES...RUINED!! You Democrats run ALL big, mostky black cities, that are HELLHOLES, HORRIBKE schools, and CRIME!! 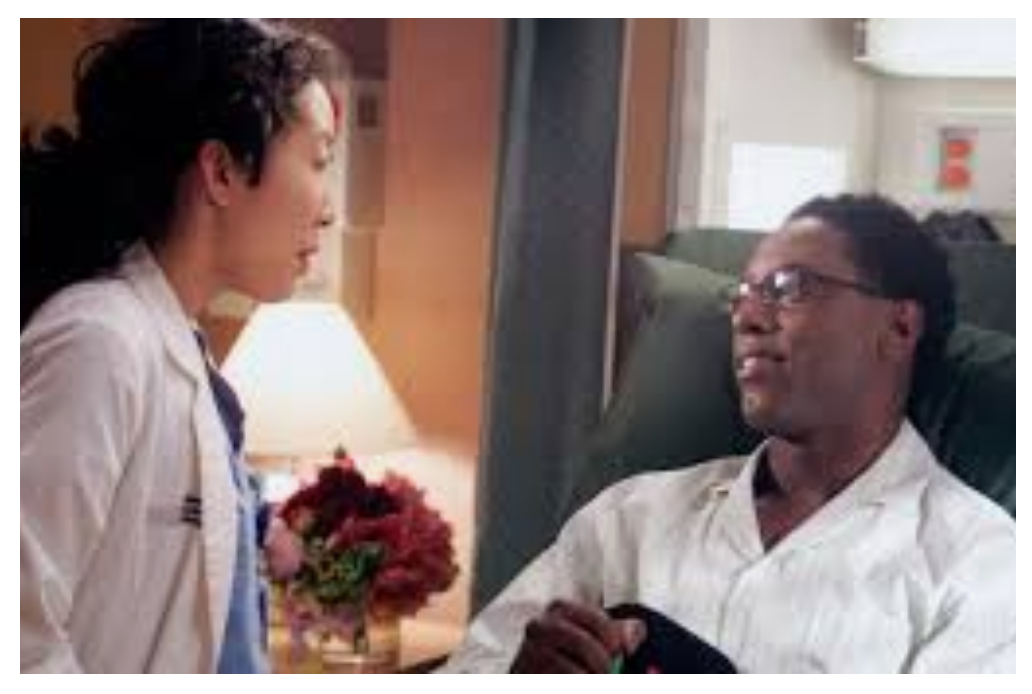 Wonder what he honestly thinks of black women in general.