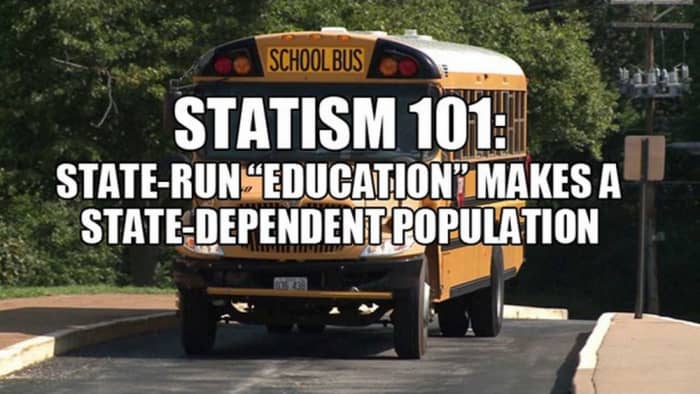 Who I Am: I’m just a news & information junkie.

THE STORY ABOUT NATIONAL MERIT AWARDS BEING WITHHELD IS SPIN
Instead of repeating this information on multiple threads, I’m posting it here.
Note: I am not an employee of this school. I don't live in that state, and I don't know anyone at the school. A few other freepers questioned this story, so I decided to look further into it. All the information I found is online for anyone to read.

QUESTION: Did Thomas Jefferson High School for Science and Technology withhold National Merit Scholarships from its students because other students did not qualify?

ANSWER: NO. The commended students - who did not score high enough for a National Merit Scholarship - received their certificates late.

TJHSST also has many commended students each year. These are the students who scored high, but not high enough to be semifinalists. They receive Letters of Commendation, but not National Merit Scholarships. However, they may be eligible for corporate scholarships, and colleges do look favorably upon their commendations. Source

In 2022, TJHSST teachers handed out Letters of Commendation to the commended students in their homerooms on November 14. A parent (lawyer) complained that the letters were not handed out before November 1, the early application deadline for many colleges. That parent documented the conversation here: Emails

Those emails indicate
(1) the school received a much larger number of Letters of Commendation (about 240 "certificates") this year;
(2) the National Merit Scholarship Corporation did not include enough postage, which delayed the package;
(3) thus, the school did not receive the letters until mid-October;
(4) the principal signed all the letters within 48 hours and gave them to the Student Services department to be distributed to students; and
(5) the letters were handed out by teachers to the students in their homerooms on November 14.

The parent says her son then waited another 6 days until November 20 to show her his “certificate."
She suspects the students might not realize their “commended” status is a proud achievement.

THE MEDIA SPIN
Somehow, the news media twisted this story and claimed the school withheld awards to hide the achievements of its highest-scoring students. First, a New York Post article suggested the principal withheld the “certificates" on purpose as part of a "diversity" policy. Of course, as noted above, that claim makes no sense. Commended students are not the highest scoring students. The school brags about its higher-scoring semifinalists on its website.

As the story spreads, the claims are becoming increasingly absurd. Some reports like this one even claim the students were National Merit Scholars and the school never told them: “Can you imagine earning a prestigious award and never being notified about it? That's what allegedly happened to nearly 1,200 students at Thomas Jefferson who didn't even know they were National Merit Scholars.”

Not only is that claim false, but also National Merit Scholars are notified directly by the NMSC.

THE REAL STORY
The FAKE story is that the school was hiding the achievements of high-scoring students. The REAL story is the opposite: These students were being overlooked because they were NOT the highest scoring.

This school has many semifinalists every year. It lists their names proudly on the school's website. The commended students score high, but not as high as the semifinalists. Apparently, the Letters of Commendation were treated like participation trophies. The parents themselves did not seem to know about them. (The information is available on the National Merit Scholarship website, but the parents who are complaining must not have checked into anything on their own.)

So, while the school proudly listed its semifinalists and winners on its website every year, it quietly handed out "certificates" to commended students who didn't score high enough for the cutoff. Now that one parent has complained, the school might start notifying parents directly of their student's commended status. In the meantime, the school has been calling colleges to update the applications of the students who didn’t receive their “certificates” until November 14.

Check into the story further for yourself. If you have information that disputes the above, let me know.

Cycles of Violence: The Violent Upheaval of 2020 Was Predicted in 2011
The violence in 2020 was predicted years beforehand.
See Will the US Really Experience a Violent Upheaval in 2020? and 2020: The Year When 4 Long-Term Economic Threats Will Culminate

What Really Happened at the Lincoln Memorial on January 18, 2019
We live in an age when misinformation spreads rapidly and people are wrongly vilified. What happened to this high school student is one example.

The Housing Market Crash of 2008: Both the Left and the Right Got This One Wrong
First, the Left blamed "predatory lending." The Right reacted by blaming the Community Reinvestment Act. Both sides got it wrong. Here's the real story: Whether or not a buyer can repay a mortgage mattered little to companies bundling mortgages and passing on the risk. When the Fed dropped interest rates in the early 2000's, home prices soared, resulting in a bubble. Too many buyers believed the bubble was real and home values would continue to appreciate. So, buyers overpaid for their homes, and homeowners borrowed against their homes. Then the bubble burst. Anyone who lived through the crash could see what was really happening. But, don't take my word for it. Listen to the Libertarian who predicted the crash:

JFK Assassination
Hidden in Plain Sight - Did a Secret Service Agent Accidentally Shoot JFK? (In case the article is no longer accessible, here's a summary.)

American Civil War (War Between the States)
The Republican Party was the anti-slavery party, whereas the Democratic Party argued in favor of "the faithful execution of the Fugitive Slave Law." Southern Democrats fought to keep slavery. They stated in their declarations and resolutions that the Republican Party's anti-slavery platform was their reason for secession. The Confederacy was formed by Southern Democrats.

Free Republic Homeschoolers Forum 2009-2010 Where did the years go?

DannyTN’s solution to remote learning for Special Needs and Pandemics

How a Bill Does Not Become a Law

Why Men Are Happier People