The Tax Poem
by Author Unknown

Tax his land, tax his wage,
Tax his bed in which he lays.

Tax his tractor, tax his mule,
Teach him taxes is the rule.

Tax his cow, tax his goat,
Tax his pants, tax his coat.

Tax his ties, tax his shirts,
Tax his work, tax his dirt.

Tax his chew, tax his smoke,
Teach him taxes are no joke.

Tax his car, tax his grass,
Tax the roads he must pass.

Tax his food, tax his drink,
Tax him if he tries to think.

Tax his sodas, tax his beers,
If he cries, tax his tears.

Tax his bills, tax his gas,
Tax his notes, tax his cash.

Tax him good and let him know
That after taxes, he has no dough.

If he hollers, tax him more,
Tax him 'til he's good and sore.

Tax his coffin, tax his grave,
Tax the sod in which he lays.

Put these words upon his tomb,
"Taxes drove me to my doom!"

And when he's gone, we won't relax,
It's time to pay the inheritance tax. 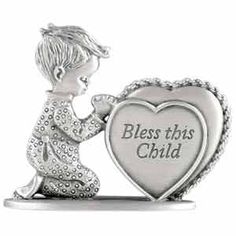 Where did the years go? Free Republic Homeschoolers Forum 2009-2010

Hidden in Plain Sight - Did a Secret Service Agent Accidentally Shoot JFK? (In case the article is no longer accessible, here's a summary.)

DannyTN’s solution to remote learning for Special Needs and Pandemics

Thank you for this forum!

2019: Sad to say, sometimes a certain element dominates some threads here. Still hanging around, though, especially for prayer and Covington Catholic news.

Please Note: Now and then, I write a post too quickly - and maybe not clearly enough. One of my posts was taken out of context and posted on another website. If any one of my posts sounds offensive in some way, just ask me about it. I'd be happy to clarify further.