Former Oklahoma state senator is found dead inside his house just one day after another former GOP senator was shot dead at her Arkansas home (full title).

Senator Jonathan Nichols was found dead with a gunshot wound Wednesday. He was discovered inside his house and a police source reportedly said a gun was in the room where he was discovered at his home in Norman.

Police would not confirm or deny the detail due to their ongoing investigation. A family member called 911 for the man who was married with two children.

His body was found 500 miles from Linda Collins-Smith - a GOP Arkansas former senator - who was found shot dead Tuesday.

Her death is being treated as a murder investigation but cops are not looking for suspects in Nichols' case. Cops told DailyMail.com: 'We have no reason to believe the two cases are linked'

Republican and Democratic peers were shocked and saddened about his death.

It is getting real. This may not end well.

I’m sure they’ll be needing to seal these records as well.

Stinks to high Heaven as the PA and Judge has but a hard gag order on any info coming out...why? And the FBI is involved.

It’s time that Republicans understood what the left is.

The GOP is treating the left like they are rational people who simply disagree. 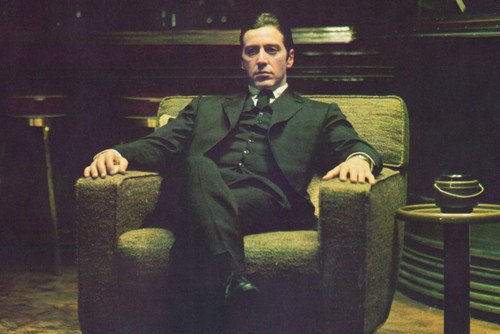 Somebody is settling all family business.

Killing is a two way street. The deep state is going to need some retaliation for this and likely will.

“..We have no reason to believe the two cases are linked..”

The easy thing about CW I was that you had simple demarcation between the two sides. The border state bit didn’t really complicate things.

The is no border for CW II.

Can I share with you how the cartels in Mexico hold control over their nation? This is exactly how they manage to but the fear of God into ALL Mexican politicians and law enforcement hearts!! They have assassinated politicians, law-enforcement officials and have literally wiped out complete family members without remorse. If you even think of crossing them, (they have people in government who are paid by the cartels to snitch or are constantly threatened) or try to implement order in cities they control they’ll stop at nothing to take you out! Mayors have been gunned down, families units killed at funerals, parties, weddings etc...Honestly to me this is a warning shot from the cartels to trump...mark it if there’s another ex-republican killed you’ll know it’s a hit job!!

Looks like the “Arkansas flu” has jumped the OK/AR border!

Just have to have separate party polling locations.

Everyone (OK, half of American adults) knows when Election Day is.....

If the FBI is involved there will be no truthful information from that point on, ever. The FBI has become more a menace than a law enforcement/investigative agency. Sure there a lot of dedicated good men working there but on the whole it is malevolent .

She was not shot the day before. She was found the day before. In fact, she was decomposed so much that they had a hard time identifying her.
At least, that was the report I read.

That didn't go too well for a lot of Germans after WWII.

The theories advanced in this thread are plausible and need to be investigated but it seems equally likely to me that the two cases are unrelated, the woman’s death might be most likely a domestic violence case and the male senator might have ended his own life. There was a delay between the reporting of the first death and the occurrence of the second one — I noticed in the comments on the link that one person had drawn the conclusion of a possible murder suicide which would be another angle to investigate.