Some of us, forum posters, conservative columnists, and commentators, were not thrilled with having Donald J. Trump as the GOP nominee. We thought his statements were reckless and stupid. And we didn't trust him or believe him when he talked conservative principles. After all, he'd changed parties several times over the years.

When the election came around, some people supposedly on our side actually voted for Hillary. I couldn't do that, of course. I couldn't vote for any Democrat. I thought of voting for Gary Johnson. He said he believed in a strong military. But then he said that he wanted to cut the military budget.  No thanks. And this didn't even take into account his "What's Aleppo" gaffe. But I couldn't vote for Trump either. So, for the very first time ever, I didn't cast a vote for President, and I'd been voting in Presidential elections since 1968 when I was first eligible to do so, always for the Republican candidate. I figured that no matter who won, the country was screwed.

So, what changed your mind about Trump?


I was wrong about Trump.

Now, I wasn't a Bushbot and I'm not going to be a Trumpbot. For instance, I wasn't thrilled with Dubya's domestic policy. He couldn't find his veto pen during his first term (I don't see President Trump having the same problem, but we'll see), but I really liked Dubya. Likewise, I doubt that I will agree with everything President Trump does and says (his tweets and statements at rallies sometimes make me cringe). Does that make me a traitor, fair weather friend, troll, concern troll, sleeper troll, RINO, Democrat, etc? No, it just means that, "Mr. President, I disagree with you on this, but overall, I think your doing a good job." I'm not a cultist. Cults are for the Left. Let them worship the Kennedys, Mao, Castro, Clinton, Obama, et al. Conservatives should not be cultists

I want a President's policies to keep us free, safe, and prosperous. It certainly looks like President Trump is well on the right track.

In the mean time, I'm hungry. I need something to eat: 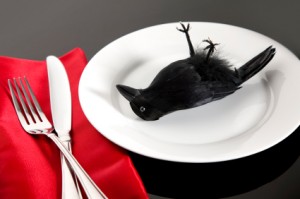 EveningStar welcome aboard and before you eat that crow I think we won’t mind if you remove the feathers and throw a little heat on it with some BBQ sauce!!! LOL!!!!

I regret my choice too. But in the opposite direction.

their rulings are for 100 years and very much have an impact on the culture and laws well beyond the effects of a president which are rarely more than a generation...

6 posted on 03/24/2017 4:37:56 PM PDT by Vendome (I've Gotta Be Me - https://www.youtube.com/watch?v=wH-pk2vZG2M)
[ Post Reply | Private Reply | To 1 | View Replies]
To: EveningStar
The most compelling reason was that he was the first candidate, maybe since Eisenhower, that actually managed a large enterprise. All the other presidents, except for Reagan, have been politicians for life.

I actually think that is what the dims and RINOs are choking on now. They have no idea what risk management, cost benefit analysis, ROI and other aspects of real management look like.

I was on board from day one.

I LOVE a lot of what he’s doing.

But i don’t like the way the obamacare problem was addressed at all.

Bills don’t die on their own. The rules and taxes and penalties linger forever and I think Trump is wrong that the dems are going to be begging for a new bill in a year.

In the meantime, my wife’s post cancer treatments still cot us 5000 a year as compared to a few hundred a year not too long ago.

GREAT on the illegals, GREAT on that stupid transgender law, GREAT on increasing military spending, GREAT on wanting to ban some from entering the country, GREAT on slashing certain depts. GREAT on a lot of things.

But for today, at least, I am disappointed.

Perhaps Trump know a very conservative bill wouldn’t pass and that is why he didn’t go that route.

What do i know? I still can’t figure out how to use my Echo Dot.

That is a pretty honest revelation.

He has put forth policies which should please people that call themselves “conservatives.”

I was a Cruz supporter, but got on the Trump train when he didn’t apologize for wanting to protect our borders. He doubled down on it even when all hell was let loose on him. I don’t think you need to eat crow, because your initial response was reasonable.

Well, in CA your vote wasn’t missed, just like mine for Trump/Pence didn’t matter.

I didn’t need to change my mind because from the day (June 16) he and Melania rode down that escalator in Trump Tower, I was sold on Donald John Trump!

I might add, that I had never been a “fan” of his. Never watched an episode of his TV series, The Apprentice.

In fact, prior to that escalator ride and his subsequent speech, I viewed him as a rather interesting, humorous and highly opinionated “New Yorker.”

When he was nominated and seeing how pro-military he was.

I never thought his comments were reckless or stupid. In fact, his speaking out was what got me more interested in him. We've never had a candidate who wasn't afraid to speak the truth.

I liked Cruz at first, then he started p*ssing me off with his stance on illegals and such.

I jumped on the Trump Train and haven’t gotten off.

I know today LOOKED like a problem with the 0bamacare BS, but it’s not going to be. He’ll eventually get what he wants; he takes the long view, which is REFRESHING!

Also note, that while I haven’t seen a post on it yet - he DID sign an EO that allows that pipeline to be finished.

I am more ecstatic for President Trump’s presidency every day! MAGA!

The man fights. How long have we waited for someone with an R by their name to fight back against the people who’ve plundered America? Today was not a good day for him, but tomorrow is another day and he’ll lick his wounds and be on offense again. Today was a stark reminder that there are many Republicans in congress who are just fine with Obamacare!

My epiphany came when right off the bat he took on John McCain. The GOP machine called down Hell on him, and he didn’t flinch. I knew then he was the real deal.

In fact, I was a ‘Never Trumper’. But having been a conservative since before time, I followed W.F.Buckley's dictum and ‘voted for the rightward most candidate’ . . . as I have always done since Nixon. I have voted for losers and jackasses since time immemorial (or so it seems) and always sucked it up as ‘R’ candidates screwed conservatives raw after they got into office.

So, this time I did vote for the Donald expecting Jesse Ventura redoux.

Of course, my earlier rhetoric here on FR got me banned because NOBODY was allowed to question the Trumpster.

Well, so far, I am pleased that he appears to be fulfilling his promises in an orderly fashion. However, given a lifetime of lying pubbies (no shortage of them) I still reserve judgment but am quietly in his corner and growing more pleased as I listen to the howls of the leftist damned.

I will concede that I did not vote for Reagan in his second term (too liberal in several regards) but I stand by his dictum to “trust, but verify.”

This is my first post since coming back after the election. Your post was too familiar and I wanted to speak on behalf of many who have labored for decades and seen betrayal at nearly every turn.

If Trump is what his acolytes bill him to be and the left fears him to be, great. I will join you in an extra sized portion of crow. However, if he heeds the call of the global ring wraiths, I will continue in my solitary journey - following my own drummer.

Pub-bots can still kiss my ample and growing aged ass.