Universities across the nation are taking steps to actively purge male students of what’s been labeled “toxic masculinity.”

Examples abound of campuses hosting training sessions, group meetings, lectures and other programs to effectively cleanse what many campus leaders and left-leaning scholars contend is an unhealthy masculinity in young men today.

On campus, toxic masculinity is often blamed for sexual violence, body shaming, a “hyper-masculinized sporting culture,” acts of domestic terrorism and much more.

For example, a class at Dartmouth College this semester, “The Orlando Syllabus,” identifies so-called toxic masculinity as playing a role in the mass murder spree at a Florida club during the summer. This despite the fact that the gunman, Omar Mateen, told police on the phone as he committed the massacre he did it on behalf of ISIS.

Other instances of combating toxic masculinity on campus can be found at both the University of North Carolina Chapel Hill and Duke University, which launched programs specifically designed for male students to delve into “violent masculinity” and “healthier masculinity” and discuss issues like gender fluidity.

“How has the concept of masculinity contributed to the perpetration of violence in our society?” asks the UNC Men’s Project website.

Duke University started a similar program this semester for male students to reflect on topics such as patriarchy, male privilege, rape culture, pornography, machismo and “the language of dominance,” Fox News reported.

At a mandatory freshmen orientation training at Gettysburg College in August, male students had to watch a documentary which stated in part that the “three most destructive words” a boy can hear growing up is “be a man.” The freshmen also went through breakout sessions in which they were told mass shooting sprees are rooted in toxic masculinity.

It will soon enter the social conscientiousness like "white priviliege" has.

Men must ridicule this and then attack the vile, poisonous, destructive feminists.

What about toxic feminism?

The liberal formula: Dream up an imaginary problem that neatly partitions your target into aggressor/victim. Then ‘fix’ it.

I kinda like statement “man the f*ck up” myself.

And at the same time, women’s groups want women to become “more” masculine....

European women are, for the most part, slimmer, more agreeable and, ahem... more inclined to share similar extracurricular interests.

Get rid of “Gender Studies”, and most of this crap goes away.

One would think that the real way to rid the poor little men of this affliction would be to get rid of its precursors by abolishing their football and basketball programs at the universities - giving up all the extra money they receive - instead of punishing the acolytes, n'est pas? 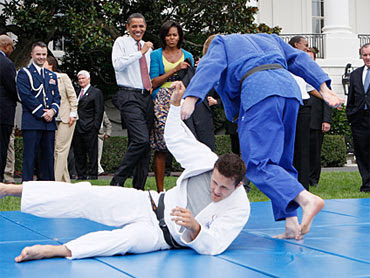 Really? How much “work” is necessary? You’d almost have to emasculate yourself to even tolerate half the feminist crap these indoctrination centers spew out.

(Noticing the pajama boy pic has already been posted. Thumbs up.)

I wish I were younger and in college. Getting laid would so damned easy compared to these metrosexuals.

Standard liberal formula: Find anything in society that is very common, often very good, and try to make people think it’s dangerous so that the government must fix it or the liberals must own all of it. Some examples: oil, carbon dioxide, religion, guns, wealth, private property, babies, men. . . ad infinitum. They need an enemy to distract attention from themselves.

16 posted on 12/15/2016 1:09:40 PM PST by gspurlock (http://www.backyardfence.wordpress.com)
[ Post Reply | Private Reply | To 1 | View Replies]
To: aquila48
all media.
My current peeve are all these girl-dudes... specifically this one in the Hyundai commercial
Makes me wanna puke at the "new normal". vocal affectations, everything.

Along with all of the spawn of Mohammad. Can you imagine a story about “toxic femininity” that blamed prostitution and gold-digging on women who are overly feminine? How about blaming rampant STD’s, unwanted children, and child abuse on “toxic feminitity”. It’s ludicrous.

Being male is not a cause for rape, violence, sexual abuse, etc. These things are contrary to normal, healthy behavior. Being masculine is not.

Further, a patriarchal view is a protective one, not exploitative, as the left loves to portray it. A good father loves, provides for, and protects his wife and children. That’s not abusive. It is manly.

Those who abuse or neglect their families are not REAL men.

But the left will continue to blame real men, and malign them.