Conservative journalists simply won't play by the liberal media's bizarre rules about being vague on Bill Clinton's sexual misconduct - especially when asking him a question. On Thursday in Cedar Rapids, Iowa, the Daily Caller's Kerry Picket (an MRC alum) asked the former president directly several times how he felt about "Juanita Broaddrick's reemergence."

that’s so courageous. I admire the person that asked.

This is not a time to take the “gentleman’s” approach to the issue by republicans.

it’s time to hammer home that he was a serial rapist!!!

his smile and aw shucks personality hide it well.

but it is not the ‘90s, his good looks are pretty much gone and this generation is a lot more outspoken against rape and assault of women.

this could hurt her and him badly.

good for Trump to hammer it home. Finally, the women he raped have a voice.

AMAZING what the press will cover up for dems.

it sickens me to my very core. They are traitors to a last one almost.

All the President's victims: Bill Clinton's long history of sexual violence against women

Although the White House has successfully intimidated NBC News into deep sixing an explosive interview with an Arkansas woman who says Bill Clinton raped her 20 years ago, Capitol Hill Blue has confirmed that the charge is but one of many allegations of sexual assault by the President.

A five month investigation into the President's questionable sexual history reveal incidents that go back as far as Clinton's college days, with more than a dozen women claiming his sexual appetites leave little room for the word ''no.''

Juanita Broaddrick, an Arkansas woman who worked on Bill Clinton's campaign when he was attorney general, told NBC's Lisa Meyers two weeks ago she was raped by Clinton. NBC, under intense pressure by the White House, shelved the interview. The White House also threatened Fox News Tuesday after it reported the story.

But Broaddrick's story is only one account of many sexual assaults by Clinton. Among the other incidents:

In an interview with Capitol Hill Blue this week, the retired State Department employee said he believed the story of the young English woman who said Clinton raped her in 1969.

''There was no doubt in my mind that this young woman had suffered severe emotional trauma,'' he said. ''But we were under tremendous pressure to avoid the embarrassment of having a Rhodes Scholar charged with rape. I filed a report with my superiors and that was the last I heard of it.''

Capitol Hill Blue also spoke with the former Washington fundraiser who confirmed the incident, but said she would not go public because anyone who does so is destroyed by the Clinton White House.

''My husband and children deserve better than that,'' she said.

The other encounters were confirmed with more than 30 interviews with retired Arkansas state employees, former state troopers and former Yale and University of Arkansas students. Like others, they refused to go public because of fears of retaliation from the Clinton White House.

Likewise, the mainstream media has shied away from the Broaddrick story. Only The Drudge Report and other Internet news sites have actively pursued it.

The White House did not return calls for comment Tuesday night.

Author Ronald Kessler On Bill Clinton:
"He Has A Blonde, Busty Mistress"

LIMA, Peru - A top Peruvian anthropologist said Friday that President Clinton's joke about the sex appeal of an Inca mummy was "tacky" and criticized the display of the mummy in Washington.

Clinton joked during a political fund-raiser Wednesday that the 500-year-old frozen mummy, known as the Ice Princess, was "good-looking" and if he were single he might ask her out. "That mummy looks better than I do on my worst days," he said.

"Called Juanita by Peruvian scientists, the 12 to 14-year-old girl apparently was killed by a powerful blow to the head 500 years ago and sacrificed to the gods atop 20,000-foot-high Mt. Ampato."

Oops! Down the Memory Hole!

Oh, yeah. Forgot about her. Secret Service calls her "Energizer". These days he’s inching pretty close to looking like that mummy.

Like Cosby and every other rapist, they NEVER stop with only one victim.

The GOPe and MSM are being forced to follow all Trump’s issue and tactics.

When Clinton was State Attorney General, he made sure to cover his tracks about rape, and the nightmare for Broderick is powerful AG Clinton made sure nobody would listen to or investigate what Broderick reported.

Can you imagine nobody wanted to investigate a rape.

Where oh where have the feminists been all these decades.
Shame on you NOW jerks. 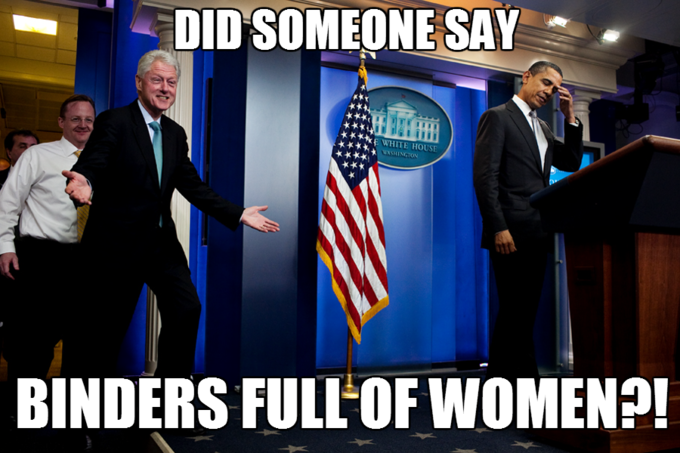 When he’s not biting his own lip, he’s biting some poor unfortunate woman’s...

“Kelsey says Broaddrick explained how her lip became swollen: He bit her lip to try to keep her from struggling with him.” Hill put some ice on it! 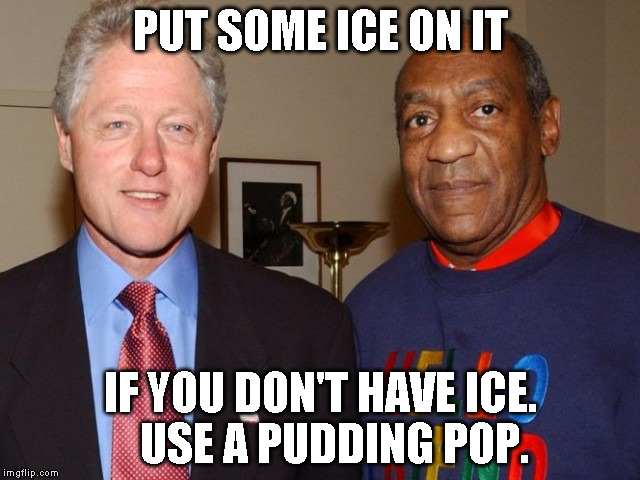 Bill Clinton is a 5 star general in the WAR ON WOMEN and Hillary is his Goebbels!!!!! I'm certain they would have done exactly the same for a Republican ex-President who was accused of rape and molestation by multiple women.

Except for ‘Morning Joe’ - everything on MSNBC sucks. This is part of their overall dishonesty.

19 posted on 01/10/2016 9:18:17 AM PST by GOPJ (Hillary's a broccoli politician - Donald Trump's an all-you-can-eat donut truck. Glenn Thrush)
[ Post Reply | Private Reply | To 1 | View Replies]
To: Zenjitsuman
Where oh where have the feminists been all these decades. Shame on you NOW jerks.

The national NOW leadership backed Bill Clinton. No surprise there. But a few local NOW chapter leaders did denounce him. Those few principled leaders were ignored, of course.