Dear Burger King: What if I told you you didn’t have to be gay to have a proud whopper?

I’ll never understand the need to suck up to 2%.

Quite a large demographic, actually...

Me? I'm heading to Chick-Fil-A where I know what's inside the bun! 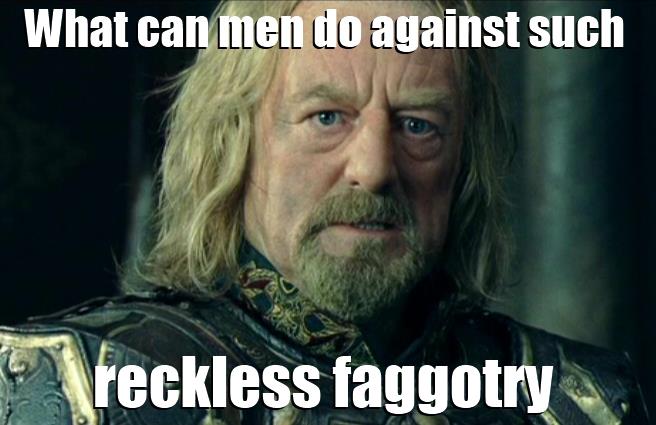 It’s not kosher on so many levels

Another one bites the dust....

Dude, that picture is simultaneously hilarious and disturbing.

I think you just wrote my new mission statement.

With any luck you/we will be collectively denounced by the MSM as racist homophobes for it. Then we can really have some fun ;)

There are many hamburger places that are independently owned, we should start substituting locally owned businesses instead of the national brand corporations. They are not the only game in town. Time and time again we see hundreds of national corporations supporting the sodomite agenda.

Another thing, let’s stop supporting any gay owned business that we know of in our communities. If they want to wage war on us we do not have to give them money to do it with. It is time to stop turning the other cheek or being “understanding”. It is time to fight fire with fire. Think Christ throwing the money changers out of the temple.

As for pride, the degenerates of Sodom and Gommorah were proud of their perversion as well.

Were any on these women friends of yours?

When Burger King wants to move into your hometown make sure that you make your objections known to the local planning board. They first have to get approval from the town leaders before they can get building permits. The local churches can put in their objections. Wouldn’t it be great if the whole congregation could show up.

When Burger King wants to build a restaurant near you make sure that you register your complaints to the town leaders. Let the churches know so that they can bring many of their congregation to protest.

The large corporations may feel that they are far away from small town America when in reality many of their businesses are located in our local towns. They will answer to the people of middle America.

These clowns are on the wrong side of history. We have history on our side— 5,000 years of it!

The Democrats welcomed them to become party insiders about 40 years ago. The Democrats give each group in their coalition what they want. This is what homosexuals want and now the Democrats have to provide it for them to keep them happy. I think that the Democrats are very close and have a lot of power over many corporation and have been putting pressure on corporations behind the scenes.

Remember how Barack Obama and Bill Gates the Weathermen terrorist were on the board of a corporation in Chicago? I think that these ties between being on corporate boards are widespread. I believe that I read that Hillary Clinton was also on a board.

I think that the homos want something and the Democrats give them what they want. I believe that these homos are also being invited on to corporate boards. They are in many places flexing their muscles.