Dr. Charles Krauthammer once suggested that Raila Odinga's favorite cousin is a narcissist, and I believe the word of a seasoned psychiatrist like Dr. Krauthammer.

But what is deeply disturbing to me is not the pathological lying and narcissism oozing out of Raila Odinga's favorite cousin.

It is the mental illness oozing out of his followers that is the most distressing since there are so damn many of these sick people who identify neither with Americans or freedom in general.

22 posted on 11/16/2009 9:24:20 AM PST by GI Joe Fan (GI Joe represents Real American Heroes, not a bunch of globalist drones.)
[ Post Reply | Private Reply | To 15 | View Replies]
To: Schnucki
"I noticed that young people are very busy with these electronics. My thumbs are too clumsy to type in things on the phone."

And yet Zero went ballistic at the thought of having to give up his Crackberry because of security reasons. 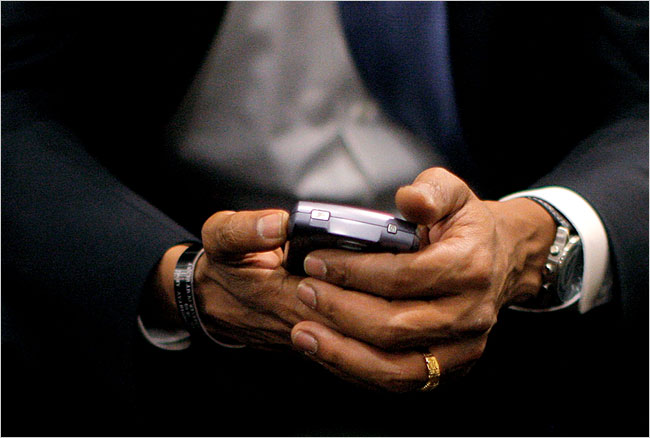 I’d hate to be the guy or gal that was tweeting for him.....

Hmmm...remember the commercial attacking McCain for not being able to use the computer?

He means Toot and Is lying!

Next tweet:
Pay no attention to that man in Shanghai. The great and powerful President has twitted!

Czar of Tweet is not exactly a resume enhancer...

And the six pound study bible Clinton liked to lug around on Sunday mornings? It probably had a few hundred pages cut out to make it lighter.

b.bb.bbbb.bbu...bb..bbbu...bb..but I thought that once Obama got elected we’d all be using Twitter to hold direct democracy plebiscites on all major issues?

That’s nothing, the big scandal of the Obama/Biden scampaign is that people spent nearly a billion dollars on an empty suit.

They’ve got the Internet on computers now? When did that happen?

wait. i can hear it now:

“do you mean that barack hussein obama hasn’t been 120% honest with me, his young, loyal, and ignorant follower?”

someone should ask those who believed that he was twittering why the hamburger they get from the national chain never looks like it does in the commercial.

I’ll bet she has a hard vacuum in between her ears.

And a rotten personality.