Fred Thompson today blasted the media for propagating a false rumor about his impending withdrawal, while bolstering the role he has created for himself as the candidate in this race who does not suffer unwelcome questions gladly.

Back in Iowa, Thompson famously refused to respond to the debate moderator/school marm's demand for a hand-show on global warming. Then this morning on Today, he declined to engage in horse-race speculation about his own prospects, then took the media to task for its propagation of that false rumor about his impending withdrawal. Weekend anchor Lester Holt interviewed the former Tennessee senator.

As if they’ve been anything but hostile or flatout ignoring Fred since the start....get real

Bad press is better then none at all. Especially when you’re being “principled”.

Rush will eat all of this up when he comes back Monday.. He’ll play all the Thompson clips and give him TONS of props for hammering it to ol Loser Holt.

I disagree. The polls decide who is viable and who is not. The media use the polls as their excuse. The media will not turn down Fred’s ad dollars.

I know he's not going to do it, but this is one race where I truly wish Rush would break his own rule about endorsements and say plainly what we all know to be true: Thompson is the only conservative remaining viable in this race. period

I am simply beside myself watching the GOP constituency be so easily swayed by candidates we all would have called Democrates 40 years ago. Huck, Romney and McCain all hold views that would placed them smack in the middle of the Democratic party of 1968.

All I can say is that this is not my father's Republican party anymore.

We've all become a bunch of guilt-ridden-whiney-@ssed liberals.

Yeah...it was stpuid to ask him to name names when they didn’t bother to ask him whether to story was false or not. He’s right, he didn’t owe anything at all.

The media prefers verbal rumors, because that way there is no proportional font to confuse them and trip them up.

It’s all stemming for ROmney’s camp. I expect nothing less of Team Buchanan

48 posted on 01/06/2008 9:45:34 AM PST by Khepri (Fred Thompson, he's a hundred miles away son - READY TO STRIKE!)
[ Post Reply | Private Reply | To 31 | View Replies]
To: Onerom99
Lester Holt brought Fred on there to spice up some trouble with the Romney campaign. Fred wasn’t playing those games and Holt ended the interview when he saw he wasn’t going to get the juicy nugget he was looking for.

The media is an absolute disgrace.

Fred is an enigma to the media. They don't know how to deal with a candidate who won't play their games.

The media deals in sound bites and the horse race. Fred won't play.

If Fred is ultimately successful the media will have to retool and discuss serious issues beyond their entertainment value. Which they are loath to do.

49 posted on 01/06/2008 9:48:29 AM PST by Donald Rumsfeld Fan (“Sincerity is everything. If you can fake that, you’ve got it made.” George Burns)
[ Post Reply | Private Reply | To 29 | View Replies]
To: SERKIT
It would have been great if Thompson would have responded, "Lester, your program is the last choice among news viewers. In fact, the weekend edition isn't really even trying when it is only trying 2 days of the week. When do you suppose you will drop out of the network news business?"

It would make for a great viral campaign against the msm.

Yes, FRed has principles. I guess that’s something to jeer at when one is a Ron Paul fan.

Another Carter or another Reagan?

What we have is a new struggle for the heart and soul of the Republican Party.

For me this is deja vu. I went thru this in the 1964 Republican Primaries.

I was a member of The College Young Republicans in California. The race between Governor Nelson Rockefeller and Senator Barry Goldwater was intense and in doubt until California. Where we were ultimately victorious.

The next generation will have to carry on the struggle anew. 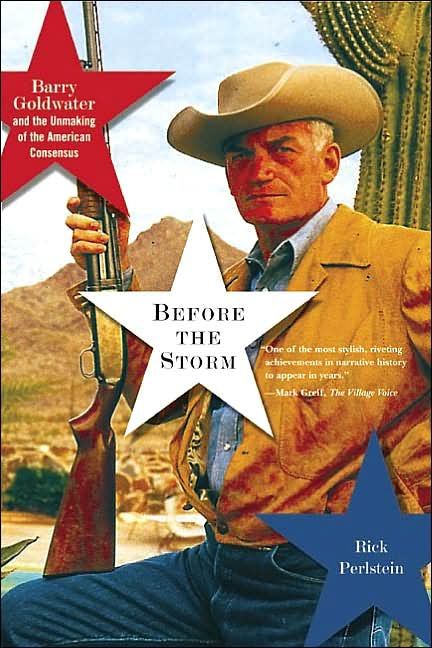 53 posted on 01/06/2008 10:13:51 AM PST by Donald Rumsfeld Fan (“Sincerity is everything. If you can fake that, you’ve got it made.” George Burns)
[ Post Reply | Private Reply | To 44 | View Replies]
To: Khepri
You are wrong. Elections are a huge media event. Ads are just a small part of the exposure candidates get. It's a chicken and egg situation. The media strongly influences the polls with the way the poll questions are phrased and by the face time they give the candidates.

This is all very elementary and I don't know why I'm bothering to discuss it.

McFred has the stones to refuse to play the stupid "raise your hand for global warming" and to stand up to Lester on the media game of horse raise analysis.

Too bad that the personal attacks on Ron Paul and my support for him makes supporting McFred very difficult.

This is not scolding, because I know that you don’t intend to demonstrate shallowness by your comment. But every one of us on this forum MUST know better than to let the media, the parties, and the campaign organizations shape our perception of the candidates.

This forum, and the uncountable number of information sources it taps to inform us about the candidates, gives us the ability to form our own opinions without the distortions and prevarications of the people and institutions that used to shape them.

Yes, of course many are still in thrall to those conduits of misinformation, but the declining popularity of the old media demonstrate that more people every day are Waking up from their complacency - and once they do, they will never go back. McFred appears afraid to be challenged by not going on the Factor. Don’t pretend McFred can’t use the visibility. I’m a Paul supporter, but McFred doesn’t seem to have anything to be afraid of, or to lose, unless, his role isn’t really to win.

I disagree. There's nothing to be gained by appearing on The Factor.

As far as being challenged in a serious debate that's a joke, BO couldn't challenge himself out of a wet paper bag.

How many times have we witnessed Coulter giving the bloviator a thorough spanking? BO is a buffoon.

If you want to watch a serious interview with Fred see if you can google up the interview he had on the Charlie Rose show. It was great.

59 posted on 01/06/2008 10:40:02 AM PST by Donald Rumsfeld Fan (“Sincerity is everything. If you can fake that, you’ve got it made.” George Burns)
[ Post Reply | Private Reply | To 58 | View Replies]
To: Nephi
Too bad that the personal attacks on Ron Paul and my support for him makes supporting McFred very difficult.

And too bad that a search of your posts by anyone interested will reveal a nasty, sniveling, shallow, little troll who likes to throw out disgusting barbs about Fred's appearance and his wife and anything other substance-free criticism you could find.